Most Disappointing Games of 2019 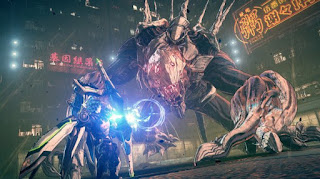 Astral Chain is another over-the-top action game from Platinum, the gimmick this time being that you're constantly chained to a "Legion" that moves and attacks independently for the most part.  This lends itself to some clever mechanics, like entangling enemies in the chain to immobilize them or catching a charging enemy with it to spring them backwards and stun them, and the visual style is downright impressive for the Switch.  Somehow, though, they forgot to make the game actually fun to play.  The controls, physics and framerate in the game are awkwardly slow and floaty, making the combat feel much more cumbersome than fun, and fights are separated by overlong, boring sequences of endlessly talking to NPCs and uninspired puzzles; ostensibly both are there to make you feel more like a futuristic policeman, but to me it just felt like a chore meant to pad out the game without actually doing anything interesting from a gameplay or storytelling perspective.  It's got style to spare, but without solid gameplay to back it up, it all amounts to naught. 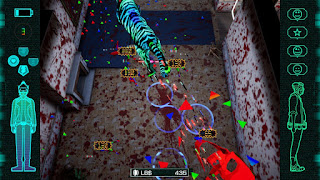 No More Heroes returns after skipping an entire generation (other than a little-promoted PS3 port of the first game), though frankly, maybe it shouldn't have bothered coming back.  The writing is enjoyably twisted as per series standards, but the drab gameplay quickly took me out of the experience.  Essentially a top-down beat-em-up where you fight hordes of generic enemies for upwards of an hour at a time, broken up only by the occasional un-fun minigame (run through a maze from a giant skull that instantly kills you if it makes contact!  Ooo!), it gets tedious very quickly.  Moreso because it has some rather glaring bugs that somehow never got caught during testing (like your character falling through the floor during a boss fight, leaving him unable to do anything other than take damage.  And no, restarting from a checkpoint didn't fix it).  Maybe it should have just been released as a downloadable visual novel instead, because if you're going to have a story broken up between hours of gameplay this uninspired and untested, why bother with it at all? 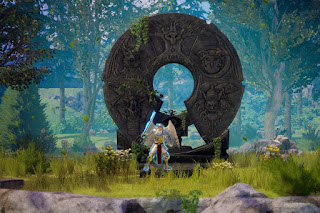 SolSeraph won me over on what it promised - a spiritual successor to Actraiser that would add more depth to both its action and sim elements.  I suppose it did in some ways; the town-building is somewhat more involved now and actually operates somewhat more like a tower defense game, having you build up towers, barriers and emplacements and barracks to fend off invaders and eventually recapture terrain captured by evil forces.  Sadly, this element is disappointingly simple and shallow (more of anything is always better, and enemies have virtually no variation in their ranks or approach to your campfire), and even the side-scrolling segments are lackluster, feeling slow, clumsy and packed with cheap hits and sparse checkpoints just to drag things out even further.  Not to mention the game is just downright ugly, with graphics that look like a badly-upscaled Nintendo 64 game rather than a modern-gen gaming experience.  Stick to the classic Actraiser games and skip this turkey. 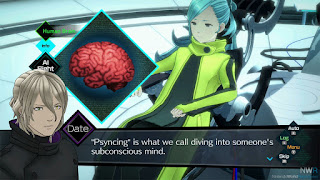 Kotaro Uchikoshi is a name I've grown to love in recent years, and I consider his Zero Escape trilogy (999, Virtue's Last Reward and Zero Time Dilemma) some of the most finely-written visual novel/puzzle game experiences in all of gaming.  Sadly, AI: The Somnium Files, while it has an interesting premise, just falls flat in the end owing to its tedious dialog, padded setup and "dream puzzle" sequences that amount to little more than Roberta Williams-esque sessions of tedious trial and error.  Not to mention uniformly flat and dull acting from all involved.  There are some great visual novels from Spike Chunsoft, but this unfortunately isn't one. 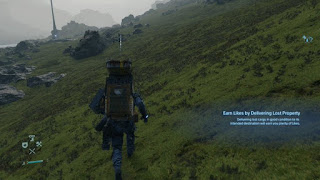 It's becoming all too common that a game builds up hype just based on some vague trailer elements and the prestige of its head developer, but then when it comes time to deliver, what we get is underproduced, overlong for the sake of appeasing its publisher and generally just not very fun to experience.  Death Stranding is all that with a healthy dose of pretense on top, putting a story rife with Kojima's trademark unpleasant-strangeness-for-the-sake-of-it into a game world that, simply put, is little more than an empty landscape for you to traverse.  Sure, you need to plant ropes and ladders to cross over some spots of terrain and deal with the occasional hazard in the form of MULES (raiders) and BTs (creepy ghosts), but for the most part you're just walking from one point to the next, tediously having to re-arrange your inventory every time you pick up something or acquire new supplies to complete your next mission.  The fact that the game is seemingly more interested in spouting flat exposition and showing off all of Sam's various bodily functions in detail than providing anything actually interesting to do, as well as the fact that you're completing missions and laying down waypoints for other players to earn validation in the form of empty "likes" feels more than a bit cynical, not to mention spiteful, toward its audience.  Oh, and the whole forced symbolism of the baby and having Guillermo del Toro in the game isn't lost on me either; it's just a big middle finger toward Kojima's old employers for cancelling their Silent Hills reboot, which seems just a touch unprofessional no matter how much your old bosses sucked.  Don't get me wrong, I'm glad Hideo Kojima is free of Konami's horrible working environment and able to create his own passion projects again after years of being forced to milk every last dime out of Metal Gear when he wanted to be done with it ages ago, but if they're just going to amount to the same empty busywork on a backdrop of bitterness and cynicism as the later Metal Gear games, I'm fine with not purchasing any more of them.  Moreso when he can't come up with an idea for an premise beyond "Edgy Version of Kevin Costner's Postman with the directing sensibility of Andy Warhol".  Christ, at least when he was plagiarizing from Deus Ex, he was cribbing ideas from something with some actual prestige behind it...