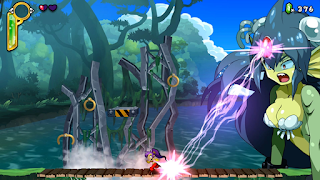 Shantae is another series that got a new lease on life in recent years, with a string of highly-acclaimed sequels starting in 2008 with Risky's Revenge.  Half-Genie Hero is the one that really drew me to it, though, taking the charming characters and colorful world of Sequin Land and really bringing them to life with some brilliant 2D animation; some of the best I've ever seen, in fact.  The gameplay was somewhat reworked from earlier games, though - rather than being an open world Zelda-styled adventure, it opted for a stage-based format a la Mega Man X, with the player having to return and replay stages to unlock secrets later on once they got new forms and powerups to try out.  However, the tight design, fantastic presentation and some unique twists on the gameplay (including getting to play as Shantae's friends for the first time through DLC) made it a standout game, and still my favorite to date in the series. 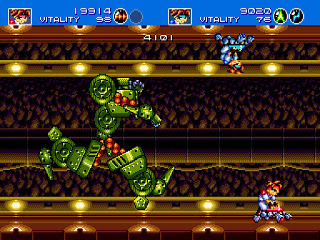 The debut title of Treasure (an independent company spun-off from industry giant Konami) and still one of their finest titles, showing the world that "blast processing" wasn't just a marketing gimmick and that the Sega Genesis most definitely could tread ground that the SNES couldn't by providing incredibly fluid animation and fast-paced gameplay that its competitor simply could not match. All that and it was a pretty damn fun game too, having one or two players combine four different weapon types in any way they pleased (resulting in things like steerable firewalls, homing lasers and a short ranged beam of lightning) and blasting their way through hordes of enemies and countless over-the-top boss battles.  This really was a game that made even the most die-hard of Nintendo fans just a little green with envy, whether they admitted it or not.
89. Astro Boy: Omega Factor (Treasure/Hitmaker, 2004) 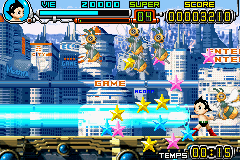 Not only my favorite Game Boy Advance game of all time, but one of the finest from the Sega, Hitmaker and Treasure camps to boot, Astro Boy is a great experience all around. Combining numerous Osamu Tezuka characters into one enormous storyline, as well as several different gameplay styles (beat-em-up and scrolling shooter being the most prominent), Astro Boy is also a very challenging game. But the real genius of it all is in its implementation - by finding characters, Astro Boy's "Omega Factor" develops, unlocking new abilities and upgrades. A pretty clever way to explore the universe of Osamu Tezuka (which you really should anyway; the guy is a legend).
87. Final Fantasy IX (Squaresoft, 2000) 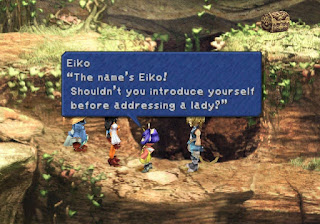 While Final Fantasies VII and VIII brought in many new fans to the franchise and helped put the Playstation 1 on the map, they left a lot of long-time fans of the franchise disillusioned for abandoning nearly every familiar element of their design.  The ninth entry was Square's attempt to address that, combining the cinematic and graphical capabilities of the PS1 with gameplay, aesthetics and design much more reminiscent of the 8 and 16-bit entries.  The end result was in a way the best and worst of both worlds, with a lot of the familiar job classes, abilities and overall balance returning, but still a lot of overlong spell animations, tedious minigames and a lot of lengthy, unskippable cutscenes and FMVs.  Regardless, though, Final Fantasy IX did its job, charming fans of both Final Fantasy worlds and providing an RPG experience that easily ranks among the system's best. 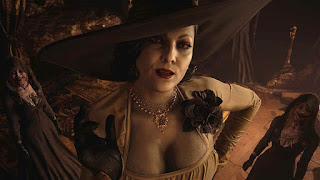 Resident Evil is a franchise that's definitely had its ups and downs over the years, but with a resurgence that brought us the amazing VII, an excellent remake of 2 and a not-quite-excellent-but-still-solid remake of 3, everyone was excited for what would come next.  The answer was Village, and it frankly blew me away.  The game masterfully works in all things Resident Evil, from the slower-paced segments with a focus on puzzle solving and evading danger to the over-the-top boss fights, treasure hunting and inventory-upgrade system of 4, and the game looks absolutely stellar - virtually photorealistic.  It's also the first game in a very long time that genuinely creeped me out on several occasions, building a brilliantly unsettling atmosphere and a true sense of dread.  It's the best RE I've played in over fifteen years, and that's saying a lot considering how amazing the games that came before it were. 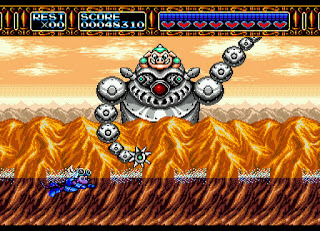 Mascot platformers were a bit of a fad in the 90s, with every company wanting to create their own Sonic the Hedgehog in order to capitalize on his runaway success.  Most attempts were mediocre to outright terrible, but Konami's take outshined even its source material.  That was Rocket Knight Adventures, starring an opossum with a jetpack taking on an army of pigs who wielded giant robots and war machines aplenty.  It also perfectly highlighted the capabilities of the Genesis with its colorful visuals, fluid animations and fast-paced battles, particularly near the end of the game, as well as an excellent soundtrack that highlighted that the Genesis could easily hold its own against the SNES.  The only letdown is that none of its sequels were anywhere near as good as the original game...
84. Streets of Rage 2 (Sega AM7/Ancient, 1992) 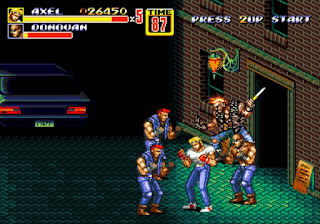 Streets of Rage 2 is considered by many to be the greatest beat-em-up ever made.  I don't know if I quite agree with that, but there's no denying that it is a very worthwhile addition to the genre.  Take the usual beat-em-up formula, add in a huge variety of crazy enemies (including robots, jetpack guys and ninjas), and complete the package with challenging gameplay, detailed and well animated characters, and a fantastic soundtrack that pushed the Sega Genesis platform to its limits thanks to composer Yuzo Koshiro, and you've got one hell of a good time.  A game which truly highlight Sega and the Genesis platform at their best in every respect.
83. Resident Evil 4 (Capcom, 2005) 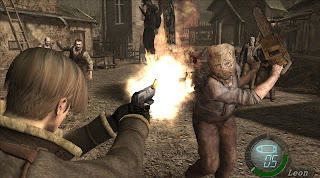 Admittedly, I've never been much for horror games, survival ones in particular; their attempts to be intense and scary mostly just come off as contrived and their gameplay is so one-note and slow that they generally bore me straight to sleep.  But Resident Evil 4 is definitely an exception, taking the puzzle-based gameplay of the earlier entries and kicking the action up to eleven.  The slow, lurching hordes of enemies, satisfying gun and melee combat make the action both tense and extremely satisfying, and some grotesque boss monsters add variety to the proceedings too.  That, plus some extra campaign content and the ever-fun Mercenaries mode, make it a game that simply never gets old to play.  It may be a divisive entry among long-time franchise fans, but regardless, it's a game you can start up at any time and have a blast playing. 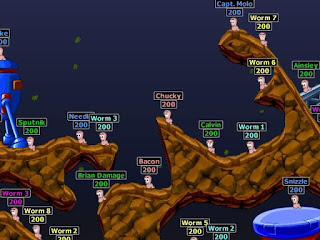 The third in the Worms series is not just regarded as its finest entry, but one of the best video games ever made.  You certainly won't hear me arguing against it, either, as it's a fantastic title.  With a huge variety of weapons (from Street Fighter style martial arts to grenades to grappling hooks to airstrikes to Concrete Donkeys) and an ever-changing Battlefield affected by wind and deformed by weapon blasts and player construction, there is a ton of variety to its design and enough strategy to keep you constantly entertained.  Moreso in its multi-player aspect, which let teams of up to eight worms Duke it out until only one was left standing. The ability to build one's own custom terrain was another cool bonus; after all, who doesn't want to blow up their own house at least once in the virtual arena?
81.  Maniac Mansion (Lucasfilm Games, 1987) 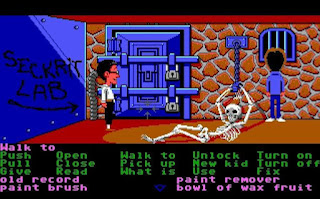 Point-and-click adventure games were a pretty huge genre in the 80s, but began to fall off around the time the mid 90's rolled around.  Solving puzzles and following their storylines was fun, but once you'd figured out all the puzzles and gotten to the end, that was basically it; the game wouldn't be any different the next time through.  Maniac Mansion is definitely an exception, though, letting the player pick a team of three characters (Dave and two others), each with their own talents and ways to bypass certain obstacles, which in turn lent itself to eleven different endings.  That, plus a consistently hilarious sense of humor, a lack of cheap deaths (you can still get characters killed, but it generally requires doing something really dumb) and a lot of nods to cheesy horror movies the tropes thereof, made Maniac Mansion a great time that's still fun today.