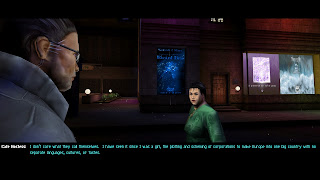 Ion Storm was a company as well-known for the names on its payroll as for its comically extravagant office space and outlandish development costs. But despite some questionable management decisions, they managed to turn out several high profile titles in their short existence.  The one that easily stole the show was Deus Ex - a dystopian science fiction tale set in a world where every conspiracy theory imaginable is real.  It was also an early example of a game where one's choices actually matter, with significantly different play styles depending upon the player's choice of skills, story events changing based on choices and even three different endings.  A compelling dark tale in a surprisingly credible future, there's a good reason that it's the centerpiece of a meme: "Every time someone mentions Deus Ex, someone reinstalls Deus Ex. "
39. Dust: An Elysian Tail (Humble Hearts, 2012) 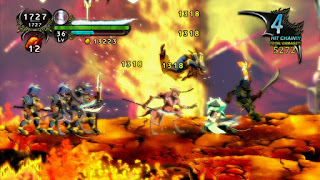 A gorgeously animated 2D adventure whose gameplay is strongly reminiscent of a Metroid title crossed with elements of a good Devil May Cry/Bayonetta styled beat-em-up, Dust is only made more impressive by the fact that it was designed, programmed and animated entirely by one guy.  The real draw to me, though, is its storyline, which has some surprisingly well-developed and acted characters and quite dark themes in spite of the overall cute, colorful visual style.  Despite that, it's also not afraid to have a sense of humor, giving us two of the most compelling protagonists I've seen in a game in quite a long time.  Dust is an incredible game, and easily one of the best the Xbox Live Arcade service ever brought us.  Of course, it's also since been ported to PC and PS4, so non-Xboxers have no excuse not to check it out too. 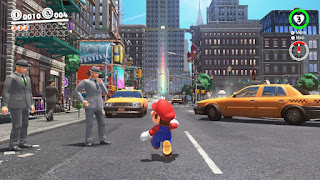 The Mario franchise was down-and-out for a long time, in my eyes at least.  Between Galaxy 2's general underwhelmingness, a slew of New Super Mario Bros. games that were light on challenge and heavy on recycled content and a severely underfeatured Mario Maker (replete with thousands of horrendous levels on the servers), I was skeptical that Mario would ever return to his former glory as the king of platformers.  It seemed like 3D Land and 3D World were the only decent oases in a desert of mediocre Mario games.  Odyssey proved me wrong in a big way, however.   Returning to the open-world format of 64 but incorporating elements of all things Mario and retaining the high level of polish that made the series a hit from day one, Mario Odyssey is an absolute thrill ride.  There is a huge amount of variety in the worlds and objectives, and all are absolutely packed to the brim with hidden secrets and easter eggs.  A game you can get lost in for weeks and still not see all it has to offer, Mario Odyssey is proof that Mario is - and always will be - the undisputed king of the genre. 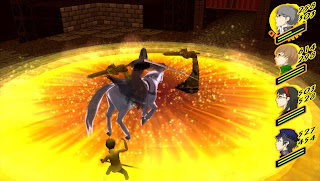 Once again, Persona 4 takes an already ground-breaking game and polishes it up in every respect, creating an even better experience than its already inventive predecessor and crafting an unforgettable RPG experience that ranks as one of the finest ever made.  Persona 4 pushes the character development to new heights, as well as adding new content onto Persona 4 in the form of new dungeons, an expanded storyline, countless new gameplay features and locales to visit, and even a new ending or two.  All great stuff, and though the game can be a bit drawn-out and frustrating (particularly as so much is missable), it's a fantastic RPG. 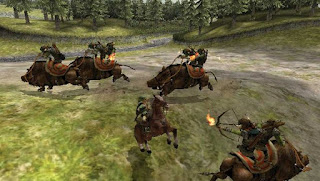 One of Nintendo's famous "remake sequels", simultaneously continuing the story of a franchise while remaking and expanding upon one of its older games.  In this case, Twilight Princess serves as a more polished reimagining of Ocarina of Time, a game which always belt a bit lacking to me (particularly in its bland overworld design and comparatively generic dungeons and items).  Twilight Princess, on the other hand, feels impeccably well-crafted by comparison - the combat is much more refined and even includes horseback battles, the dungeon designs are absolutely impeccable (with the water dungeon in particular going from one of the worst to one of my favorites) and the story is also surprisingly good, with lavishly-produced animation and expressive characters despite the lack of voiced dialog.  It's also just a gorgeous game all around, providing a strangely beautiful and alien aesthetic in spite of its subdued color palette. 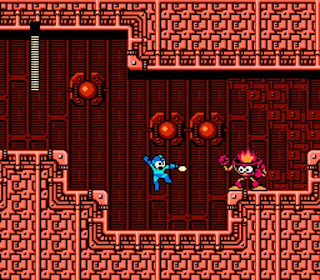 The NES brought us a lot of fantastic platformers, but in my book, the one the encapsulates the system at its best has to be Mega Man 2.  A nearly-perfect blend of action, amazing stage design and intense boss battles, not to mention a dynamite presentation with clean, colorful visuals and some of the best 8-bit music ever composed.  But more than that was its open-ended design; whereas later Mega Man games were usually dictated by a linear order for the boss weapons, this one gives each boss several viable weaknesses to exploit, allowing for many different approaches and strategies.  I'm still not quite sure why they did away with that in later sequels, but regardless, it is something I always enjoyed about the game.  But more than that, the sheer polish and ingenious design of the game ensures that Mega Man 2 is one title I can replay endlessly and never get bored of. 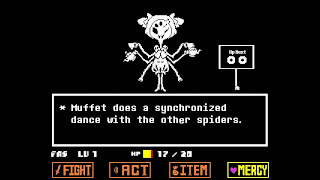 A game that obviously draws heavy inspiration from Earthbound in its simplistic visual style, strange sense of humor and surprisingly heart-felt characters, but which also carves out its own niche.  Undertale is also a rarity among JRPG styled games in that it grants the player freedom of choice, allowing them to fight any monsters they come across or sparing them (with each enemy type requiring their own steps to take that path).  Your choices all have an impact on the story and which ending you receive, and your choices on earlier playthroughs will even affect events that happen in later ones.  A novel idea with an ingenious execution, as well as a charming and heartwarming adventure throughout, Undertale is a standout game. 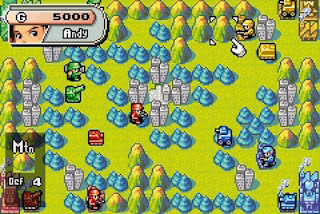 A game that single-handedly consumed most of my senior year in high school; I was bored with Pokemon, the Game Boy Advance was out, and this was one of the first half-dozen games available for it, so I decided to give it a go.  I was not let down, as Advance Wars is incredible.  Sporting numerous unit types with their own applications, solid visuals and music, and a unique "CO Power" system where each playable character gets a unique boost after dealing enough damage to the enemy, Advance Wars has fun to spare. Even moreso with the included map editor and the ability to launch four-player skirmishes either over link cable or with one system.  The sequels to Advance Wars all added more features, but the original will always have a spot of nostalgia to me.  Now why hasn't this series had another sequel since 2008... 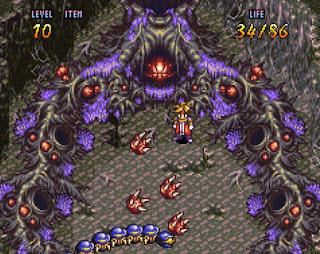 The last Quintet game on the SNES, and it was an excellent one.  Featuring rich visuals and music to rival any big-budget RPG title, as well as their usual strong storytelling and characterizations, Terranigma was quite an experience.  Of course, it also expanded upon their previous entries in the "trilogy" by including more complex combat mechanics, giving the player a wide variety of moves like a sliding kick, rapid stab and a spinning jump attack that all had to be used in various ways to overcome the game's challenges.  The end result was a great sendoff to the platform.  The only real downside was that the game was never released in North America, as the SNES' lifespan was coming to an end at the time to make way for the Nintendo 64.  As a result of that, Quintet's big title to rival the likes of Chrono Trigger never became anywhere near as popular, and the company ceased production not long thereafter... 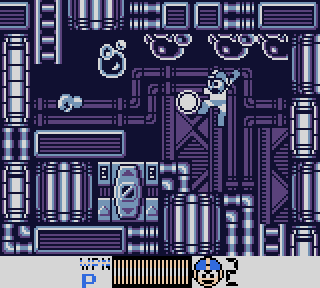 The Mega Man X franchise was breaking new ground on the Super Nintendo in the early 90s, but the classic franchise definitely still had some life left in it.  Mega Man 7 came out on the SNES to mixed reception, whilst the Game Boy got two top-notch titles of its own - Mega Man IV and V.  However, the latter is not only the better of the two, but one of the best games the franchise ever spawned, retaining the basic format whilst introducing many new elements on top.  First and foremost being the new "Mega Arm", which serves as a versatile weapon and means of retrieving items.  Add to that some outstanding stage design, tense boss fights with a puzzle-solving element to them rather than the usual spam-the-weakness routine, and some surprisingly good visuals and music for the platform (especially when joined with the Super Game Boy), and you have one hell of a ride.