The original Fallout was a standout title for its time, introducing a heavy, well, role-playing element back into roleplaying games instead of just being an endless monster-squashing simulator; nearly every quest and scenario could be handled in a variety of different ways, and it was even possible to win without witnessing a single death or firing a single shot at an enemy.  Fallout 2, while it doesn't have the same amount of polish, makes up for it in its sheer amount of content, expanding the world and questlines tenfold and tweaking its gameplay to add conveniences like a car (which cuts down travel time and adds extra storage) and making recruitable NPCs programmable to a degree and much more useful in a fight.  All of this, compounded with a sharp wit and a prevalent sense of humor, make Fallout 2 an engrossing experience you can easily get caught playing for hours. 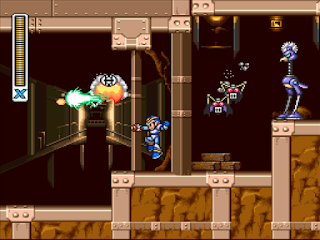 Mega Man was a huge hit on the NES, spawning six sequels before the platform was finally retired at the end of 1994.  The franchise then made the leap to the Super Nintendo, and once again, the result was brilliant.  Bringing with it a reimagined protagonist and a much darker atmosphere, as well as high-res visuals, fluid animations and amazing music that took full advantage of the Super Nintendo's hardware, Mega Man X was a top contender in its own right.  Of course, it also introduced Mega Man X's sidekick Zero, who would eclipse X himself in popularity to the point of upstaging him in later games and even getting his own spinoff series (which even the game's producer admits was intentional).  The X series may have declined sharply in quality over the years, but there's no denying that the first two games were fantastic. 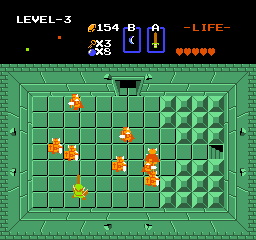 Alongside Mario and Metroid, this was one of the big three games that really put the NES on the map and convinced everyone that console gaming wasn't dead after all.  It's not hard to see why, as Zelda is an ingenious blend of action, adventure and puzzle solving with some great atmosphere.  Action for its hordes of challenging enemies and gigantic bosses, adventure for its enormous dungeons and game environment laden with tons of hidden secrets, and puzzle solving for, well, having to find said secrets and plenty of hidden paths to navigate the dungeons.  You can't rest easy once you've cleared the final dungeon and defeated Ganon, either, as there is a whole new quest awaiting you with everything moved around and much more challenging dungeon layouts and enemies lying in wait.  Still, you don't mind redoing the whole adventure again with things made even tougher this time because the whole experience is so fluid and fun.  A true masterpiece even to this day. 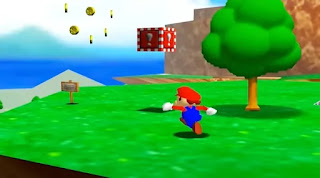 Mario's been the undisputed king of platforming for three decades, and even his leap to 3D didn't do anything to slow him down, which is more than can be said for most prominent 2D franchises from the '80s and '90s.  It really showed off what the Nintendo 64 could do with its smooth graphics, polished controls and physics and the same platforming joy that made Mario an unstoppable juggernaut in the first place.  Sure, you fight with the camera in some spots and the level design is occasionally a pain in the ass as a result, but that in no way made it less fun.  It's only grown in popularity since, with countless fan-made mods, remakes and even a fully functional, 100% unauthorized port to the PC which has gotten plenty of custom mods and upgrades in its own right.  Mario 64, like its NES and SNES brethren, is an immortal classic. 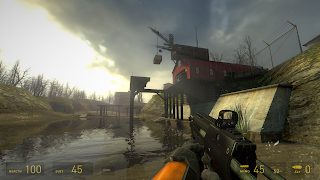 While I'm generally not a big first person shooter guy, Half-Life 2 is one I'm glad to pick up and play whenever the opportunity presents itself.  The game was downright jaw-dropping for its time in 2004 and remains so today, presenting some innovative mechanics (like the Gravity Gun), creative puzzle solving, a bleak atmosphere, intense combat, plenty of variety and a strong narrative despite the fact that Gordon Freeman never utters a single word throughout the whole thing.  That it's also inspired numerous incredible mods and spinoffs that have become timeless classics in their own right speaks to its quality, and Valve neglecting this franchise for so long since is downright criminal.  Bring on Half-Life 3 already; we're all waiting! 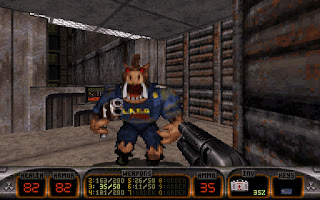 If Doom introduced the idea of realistic environments that still retained elements of strong gameplay, Duke Nukem 3D took it to perfection.  Not content to take place in sterile military bases and stone buildings, Duke Nukem has you walking down city streets, entering realistic locales like supermarkets and football stadiums, and blasting aliens all the while with a plethora of clever weapons.  From pipe bombs to "freeze throwers" to laser-activated mines to machine guns.  Other inventive powerups include jetpacks, portable medkits and speed/melee damage boosting steroids.  It's still steeped in brutal violence, cheesecake and cheesy action movie one-liners, of course, but that's all part of the charm. 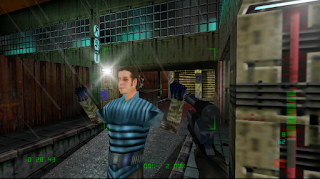 If Goldeneye broke new ground for the mission-driven shooter genre, then Perfect Dark took it to, well, perfection.  This was in no small part due to the addition of the Nintendo 64's Expansion Pak, which allowed for much more detailed visuals and voiceovers for many of the characters, not to mention much more threatening enemy AI.  Additionally, the futuristic setting also allows for all sorts of clever new gadgets like ricocheting "pinball grenades", laptop sentry guns, and submachine guns with automatic lock-on functionality.  That's all good, but like Goldeneye, the real draw is in its multiplayer, which adds in several new game modes as well as the ability to have up to eight computer-controlled "simulants" running around, making for some very intense and surprisingly strategic matches.  Everything about Perfect Dark is just pure fun. 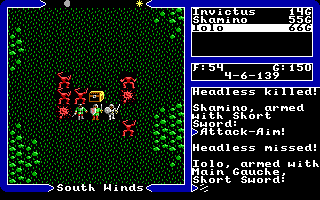 The last of the "classic" style Ultimas and undeniably the best of them in terms of gameplay, putting the player through a lengthy ordeal of difficult battles, challenging dungeon puzzles and the Ultima staple of lots of traveling, note-taking and problem-solving in order to gather all the needed items and complete the game.  Even towns aren't safe, as the guards are now corrupt pawns of a world-spanning dictatorship and try to shake you down or harass you, and the three Shadowlords roam the world, corrupting peoples' minds and proving to be extremely dangerous foes who can easily wipe out your entire party unless you know exactly how to deal with them.  Ultima V is a challenge for sure, but its dark atmosphere, well-realized game environment and brilliant writing shine through, creating one of the greatest CRPGs of all time. 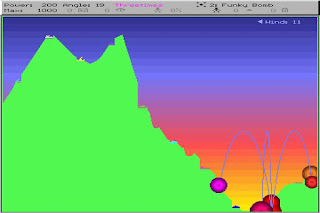 While I never was a huge PC gamer, Scorched Earth is one of those games that really managed to captivate me.  Not only was it a fun title with its relatively simple premise (blow up all the other tanks) and its wide variety of weaponry and power-ups (from ground-tunneling warheads to enormous nukes to numerous homing systems), but the sheer amount of customization it offered was amazing.  Changing winds, lightning storms, destroyable terrain, air viscosity, walls that can be set to wrap around or reflect shots, and so forth.  Hell, the retail version even lets you scan in your own mountains than you can blow up during matches.  The game really could be customized to the last detail, and provides endless fun as a result, especially when you have friends to battle with.  The only real letdown is that it lacks online functionality.

Black Isle were practically synonymous with quality CRPGs during their short existence, bringing us top-notch titles like Icewind Dale and Fallout 2.  Planescape: Torment is seen by many as their crowning achievement, combining the gameplay of Baldur's Gate and Icewind Dale with an incredibly well-defined, dark world replete with bizarre sights and colorful characters.  Your main character is no different in that regard, being effectively immortal and attempting to regain his lost memories through all sorts of ordeals.  Your immortality also factors into the gameplay, allowing you to do really strange things like swap out your own eyeballs and reattach severed fingers onto yourself, among other bizarre (and often unsettling) feats.  Its gameplay is much less focused on combat and much more on dialog, but you honestly don't mind that much when the narrative is so dense (comprising over one million written words) and such a captivating read that you stay glued throughout every word.