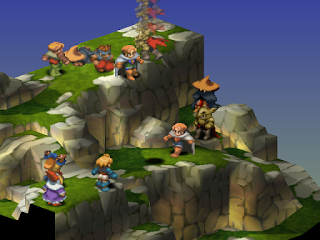 When it comes to Final Fantasy games, for me at least, it's not so much a matter of "which one is the best" as "there is only one".   That one is Final Fantasy Tactics, a game which more or less serves as a storyline remake of Yasumi Matsuno's Tactics Ogre, but with the customizable class system of Final Fantasy V on top, allowing the player to mix-and-match abilities to create their ultimate team of units.  While it also possesses some of Final Fantasy's usual, erm, less-desirable aspects (a bad sense of humor, rough translation and wildly unbalanced gameplay in its late stages), the grim story and high challenge keep it a fresh and fun experience throughout.  Not a perfect game, but it's as close as Final Fantasy has ever gotten. 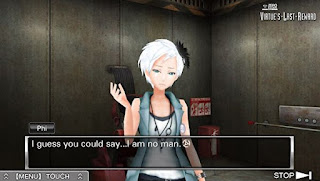 A trilogy of visual novels interspersed with room escape puzzles, which doesn't sound terribly exciting on paper.  However, what makes it into something truly great are the merits of its writing - between these, you're presented with a colorful cast of characters and a complex science fiction tale exploring themes of time travel, humanity and morality.  The former also comes into play in the overall gameplay, requiring the player to revisit earlier choices and make different ones in order to see all the possible outcomes of the story and ensure the best endings.  It may not be the most technologically impressive of franchises, but fans of cerebral sci-fi will find a lot to enjoy here.

Easily my favorite Sega game of all time, as well as one of the finest JRPGs ever released to this day, Phantasy Star IV certainly went all-out to prove that the Sega Genesis could hold its own against its competitor.  Not only for its great visual design and an outstanding soundtrack that perfectly highlights the game's science fantasy setting, but for its strong gameplay.  Utilizing a macro system that streamlines random encounters and allows players to combine many spell effects together for greater effect (over a year before Chrono Trigger, no less*), there was a lot more on offer here than the complex maze-walking its predecessors provided.  But the real kicker is the narrative, which utilized manga panel styled cutscenes to advance its story in a unique way for its era and a narrative that provided for some strong characters and a perfect wrap-up to the series' running storyline.  A definite must-play for RPG fans.

* Both games came out in North America in 1995; However, Phantasy Star IV debuted in Japan in December 1993 while Chrono Trigger's Japanese release was in March of 1995.  So my statement is correct! 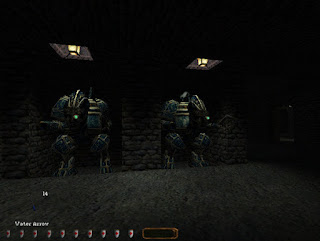 A followup to the original Thief, taking place a year after its events and chronicling the rise of a sinister new organization called the "Mechanists" who take the world by storm with their advanced technology.  To that end, the player can expect all sorts of anachronistic fun - security cameras, turrets, complex locking mechanisms, submarines and yes, even bomb-launching security automatons.  It's a little silly, but it all works surprisingly well thanks to Looking Glass' brilliant atmospheric sound design and strong character writing.  It also allows for the player to utilize some clever new tricks of their own, like climbable vine arrows (which can be shot into both wooden surfaces and metal grates), exploding frogbeast eggs and "scouting orbs" utilizing the protagonist's mechanical eye to see into new areas with minimal risk.  And of course, the usual stealth-based gameplay is a ton of fun and lends itself to lots of interesting mission objectives.

Quintet is pretty much the definitive cult classic company from the Super Nintendo era, creating numerous titles that dared to tell stories driven by emotion and atmosphere in an era where games were still largely viewed as "fun diversions" more than anything.  They got their start with the angelic-themed games Soulblazer and Actraiser, which had the player rebuilding the world after a catastrophe.  Illusion of Gaia still carries on that theme, but now places a lot more emphasis on the narrative as well, with some well-developed characters and dialog turning what would otherwise be a fairly average adventure into a truly memorable experience.  Of course, they didn't skimp on the game's design either, combining Zelda-styled puzzles with some surprisingly challenging boss battles, well-designed locales and clever mechanics throughout.  And of course, no mention of Quintet can go without mentioning their soundtracks; absolutely incredible orchestral tracks that sound too good to be coming out of a system without CD audio.   It may be largely forgotten today, but Illusion of Gaia remains one of my all-time favorites. 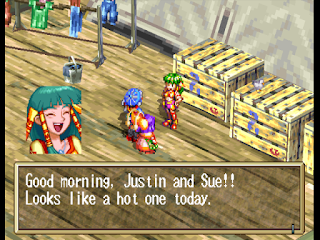 Game Arts became known to the west through their Lunar games (both on the Sega CD and their excellent Playstation remakes), but their other big RPG franchise never got nearly as much recognition.  I'm honestly not sure why, either, as it's an exceptionally charming adventure with a great combat system, well-written characters and some amazingly-realized visuals and music; defying the norms of most Playstation/Saturn RPGs, the game utilized 3D environments and 2D sprites, rather than the other way around, which made dungeons much more dynamic and interesting.  But above all else, it recognized that video games are meant to be fun adventures into the unknown, bringing with it all the charm and fun of exploring a strange new world. 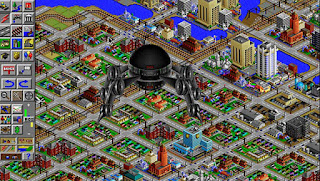 I'm not terribly fond of simulation games as a whole, but Simcity 2000 managed to win me over in a big way back in the mid-90s, providing just enough depth and complexity to be challenging but not enough to make the whole thing seem like a chore.  It was also just fun for the sheer amount of freedom you're given - you can design every city to the last detail, and the lack of any concrete end goal means you can create anything from a utopian metropolis to a destitute island city plagued by UFO attacks and firestorms.  Of course, those with a more goal-oriented mindset can also take on the Scenarios, which include things like dealing with widespread boredom to cleaning up the aftermath from giant floods, volcanoes and even a nuclear attack by terrorists.  Really enjoyable stuff, and still a game I occasionally dust off and play to this day. 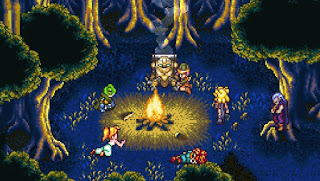 A rare example of a Square game that I actually agree with general concensus on, because Chrono Trigger is good.  Really, really good.  One of the games that got me into JRPGs in general, to be honest.  It broke away from earlier games in the genre in many ways, placing much more emphasis on scripted battles, controlling the battlefield with spells, and of course teamwork between allies to unleash combination attacks that could wreak havoc like no other.  There was even a great story and mechanics that perfectly utilizes its time travel gimmick, as well as some stellar visuals and one of the greatest gaming soundtracks of all time.  Chrono Trigger is a masterpiece in the RPG genre and a true must-play. 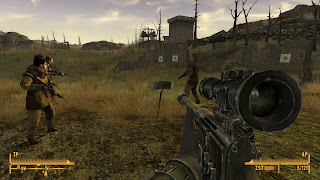 Fallout was one of Black Isle's big hits in the late 90s, so many fans were disappointed when the IP fell to Bethesda and became more of a futuristic Elder Scrolls than anything.  New Vegas saw the original writers return, however, crafting a sprawling world more in line with the series norm while still utilizing Fallout 3's engine.  The end result is what one would expect from Obsidian - well written, complex, and with a ton of content (and much more planned, as evidenced by mountains of unused content in its code).  Of course, the limitations of the engine also become much more evident here, with many bizarre bugs throughout even after several patches.  Still, the game is such a deep and engrossing experience that you really don't mind them too much, and the sheer number of fan mods out there lends it some tremendous replay value as well.  Not to mention some very high-quality downloadable content missions that add a lot to the overall game, retaining the same sharp sense of humor and strong writing Obsidian is known for.  New Vegas may not be a perfect game, but it's an immensely enjoyable one that can easily captivate you for months. 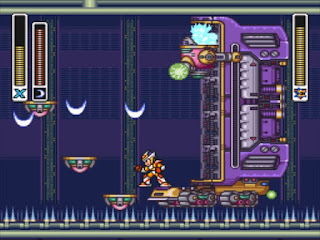 Mega Man X2 is another example of the first game in the series introducing plenty of new elements, but the second one coming along and pushing them to perfection.  Mega Man X2 is just that, pushing its stage design, visuals and music to new heights while retaining the same basic feel and format of the original Mega Man X.  Of cours,e they also introduced some new elmeents to the game in the form of some clever upgrades (with the armor in particular allowing for a screen-sweeper attack once enough damage is sustained) and some new nemises in the form of the "X Hunters", who enable an alternate story branch if all three are defeated before the final fortress.