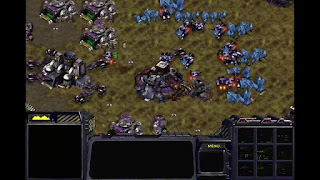 The game that tore the real time strategy genre down and rebuilt it from scratch, Starcraft was quite a sight to behold at the time of its release.  Not content to have just two armies with mostly identical units, Starcraft has three to control, and despite having very different playstyles, all are relatively balanced and require quite a bit of differing strategy. The Zerg mostly relying on swarming tactics, the Protoss have powerful but slower and costlier units, and the Terrans fall somewhere in the middle, utilizing their versatility to their advantage.  Starcraft also sported an incredible map editor that allowed for scripting, enabling complex new gameplay dynamics and even entirely new games at times.  An incredible experience in 1998 and still the best of the genre today.
49. Freedom Planet 2 (GalaxyTrail, 2022) 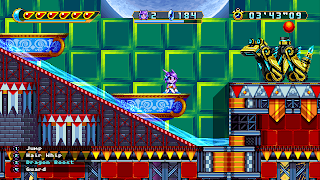 Beginning life as a Sonic the Hedgehog fangame, Freedom Planet quickly turned into something grander - an homage to Sega Genesis era action games in general, working in elements of games like Rocket Knight Adventures and a dash of Treasure style action as well.  There are three playable characters - Sash Lilac (who has a speed dash and a spinning cyclone), Carol Tea (who fights with short-ranged claw swipes and can ride a motorcycle that both makes her fast and deals more damage) and Milla Basset (who can hover for short distances as well as summon magical barriers and cubes, which serve as both projectiles and a short-ranged but powerful burst attack).  The fast-paced action and fluid animation also fit the aesthetic perfectly, creating a game that's flashy and intense and whose puzzles don't intrude on the fast pace.  The sequel ups the ante even further, being built in a more robust engine (Unity!) and adding a fourth playable character in Neera Li.
48. Day of the Tentacle (Lucasarts, 1993) 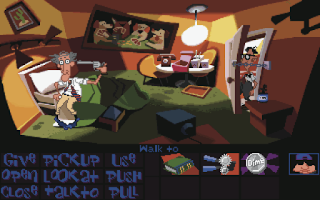 The sequel to Maniac Mansion and Tim Schafer's first game as project lead, Day of the Tentacle was another hilarious and well-made point and click adventure from LucasArts.  Starring Bernard and two of his college roommates as they attempt to foil the Purple Tentacle's scheme for world conquest, the setup is quite a clever one - each of the three characters is trapped in a different time period, able to pass objects between one another but otherwise unable to directly interact, and changing things in the past will affect things in the future, opening paths for puzzles to be solved. This, plus the sharp writing, acting and animation, make for a truly fun and creative adventure. Though it sadly lacks the multiple paths and endings of the original game, Day of the Tentacle is nonetheless a worthy sequel to a classic.
47. Heroes of Might and Magic II (New World Computing, 1996) 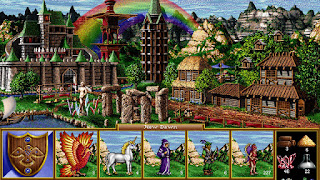 Might and Magic has had a number of spinoff and side games over the years, and easily the most successful and long running one is the Heroes series.  Basically a turn-based, fantasy themed 4X franchise incorporating a lot of familiar names and story elements, it's gone on to have seven entries and a number of expansions, outliving the dungeon crawler series it spawned from.  2 is my personal favorite, though, as it's gameplay is just the right blend of both worlds and its presentation is utterly fantastic. It's a ton of fun collecting resources, upgrading your castle, outfitting your heroes and their armies and setting out to conquer everything in your path, and the fact that it supports online play makes it one you can still compete with friends in.

Drawing heavy inspiration from their earlier hit "Wasteland" (with the license having fallen to EA years prior), Fallout set out to create a bleak post-apocalyptic landscape for the player to explore, and did so admirably, combining a grim atmosphere with a sly sense of humor throughout.  What really sold the game, though, was the sheer amount of thought put into its story and design - rather than encourage the player to just mindlessly blast everything as so many RPGs of the time were wont to do, the player is given many choices to deal with every questline put before them - a combative approach, stealthy approach and even pure diplomacy will work in almost any situation.  Hell, it's even possible to complete the game without firing a single shot or witnessing a single death.  The first in a great series of games. 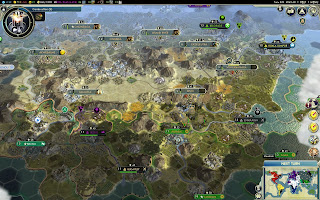 Civilization is doubtlessly one of the most popular and successful franchises associated with PC gaming and Sid Meier, and they're all quite good in their own ways, keeping the same basic underlying gameplay while adding their own mechanics and tweaks.  5 is my favorite one so far, overhauling the gameplay in numerous ways with things like "Social Policies" (cumulative bonuses that the player can purchase with Culture) and city-states that the player can curry favor with or conquer at their leisure.  In addition, you can now achieve victory through military might, winning the space race, diplomacy, or just having the most developed culture to the point where all others bow in reverence to you.  That, plus modding support, make it a game (and series) more addictive and replayable than almost any other strategy franchise I've seen.  It's little wonder that Civ has been as popular as it has for well over two decades, even as it only recently started to gain a major presence on consoles. 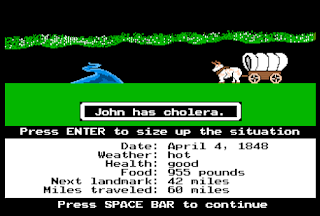 If you're of a certain age, you probably remember playing this one in your school days, mostly because it's one of those rare educational games that was actually fun.   In fact, it was actually rather like a roguelike in some respects - you picked one of three career paths (determining your starting money and score multiplier at the end), dealt with a lot of randomized hazards and splitting paths, and tried to reach Oregon with as many people still alive as you could.  There were a lot of updates, remakes and rereleases over the years (still continuing to this day), but the fact that this game still remains popular despite having iterations going all the way back to 1971 speaks to its timeless charm. 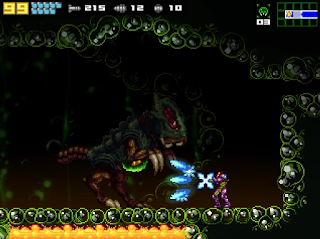 Nintendo's Metroid series is one that has been oft-copied, but puzzlingly sat idle in Nintendo's own hands for nearly a decade.  AM2R is a stellar fan-created remake of Metroid II for the PC, combining excellent visuals and audio design, spot-on controls and polished gameplay on par with the top games in the franchise.  Naturally, Nintendo quickly became green with envy for said fans doing something better with Metroid than they had in years and had it pulled from the internet, once again reaffirming their philosophy that "If people can't play high-quality fan games or even our old games that were good, they'll just have to buy our new games that aren't so good instead".  Which just seems like terrible business practice to me, but oh well.  If you can get your hands on this piece of forbidden treasure, you should, because AM2R is a game with more polish than most professionally released games, and perfectly captures that feeling of isolation in an eerie alien world that the classic Metroid games provided.
42. Ultima Underworld II: Labyrinth of Worlds (Looking Glass Studios, 1993) 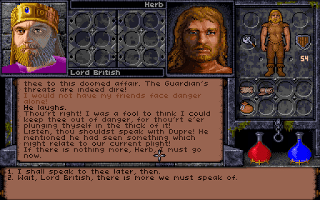 The followup to the groundbreaking original game, which definitely tried to up the ante, taking place across numerous worlds rather than one big, sprawling dungeon.  Each has a pretty distinct feel to it, with some fairly similar to Britannia and others just downright bizarre, but all with one thing in common - they're under the thumb of the megalomaniacal Guardian, so it becomes a matter of rallying what resistance you can to try and turn the tables on your persistent and powerful foe.  The game plays much as the first one did, though it wasn't as well-refined owing to being developed under heavy crunch.  Even with that, though, Labyrinth of Worlds is nevertheless a worthy sequel that's still well worth playing.
41. Epic Pinball (Digital Extremes, 1993)

While I'm not really a big fan of video pinball games, a few have managed to grab my attention over the years due to their brilliant execution.  Epic Pinball is definitely one of them, impressing me with its high-fidelity and colorful graphics, fantastic music and the sheer variety it brings to the proceedings; the CD version of the game includes a whopping 13 tables to play on.  They also match a variety of themes, from race cars to futuristic androids to a bizarre, threadbare table called the "Enigma" that awards bonuses based on a cryptic set of conditions.  Good stuff all around, whether you're a pinball fanatic or not.
Previous - Next