We take down the Cube and uncover a boatload of evidence in Buccaneer's den, as well as a very important key.

Just one more sidequest to go. 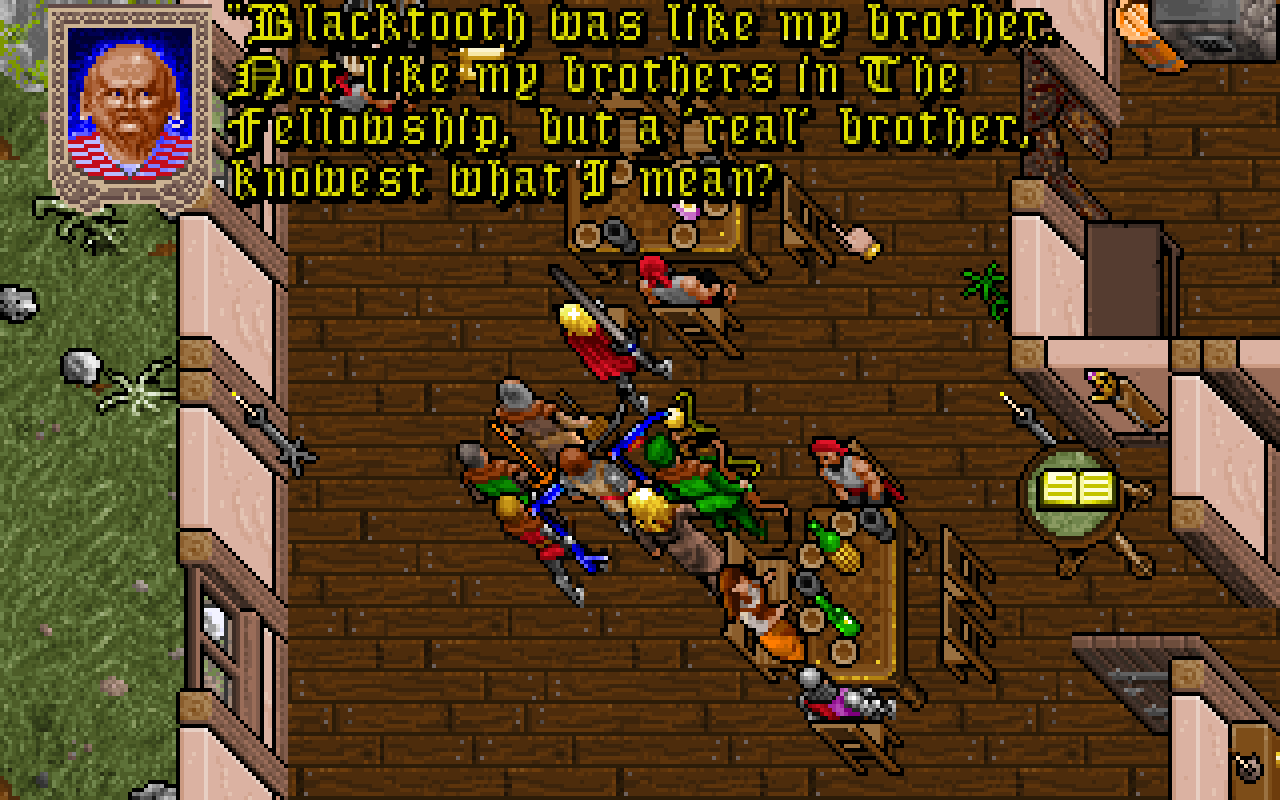 Two old pirates in Buccaneer's Den named Blacktooth and Mole have fallen out in recent years, but have come to miss one another's company.  However, you can talk to them and tell each other what the other said, and they'll patch up their differences. 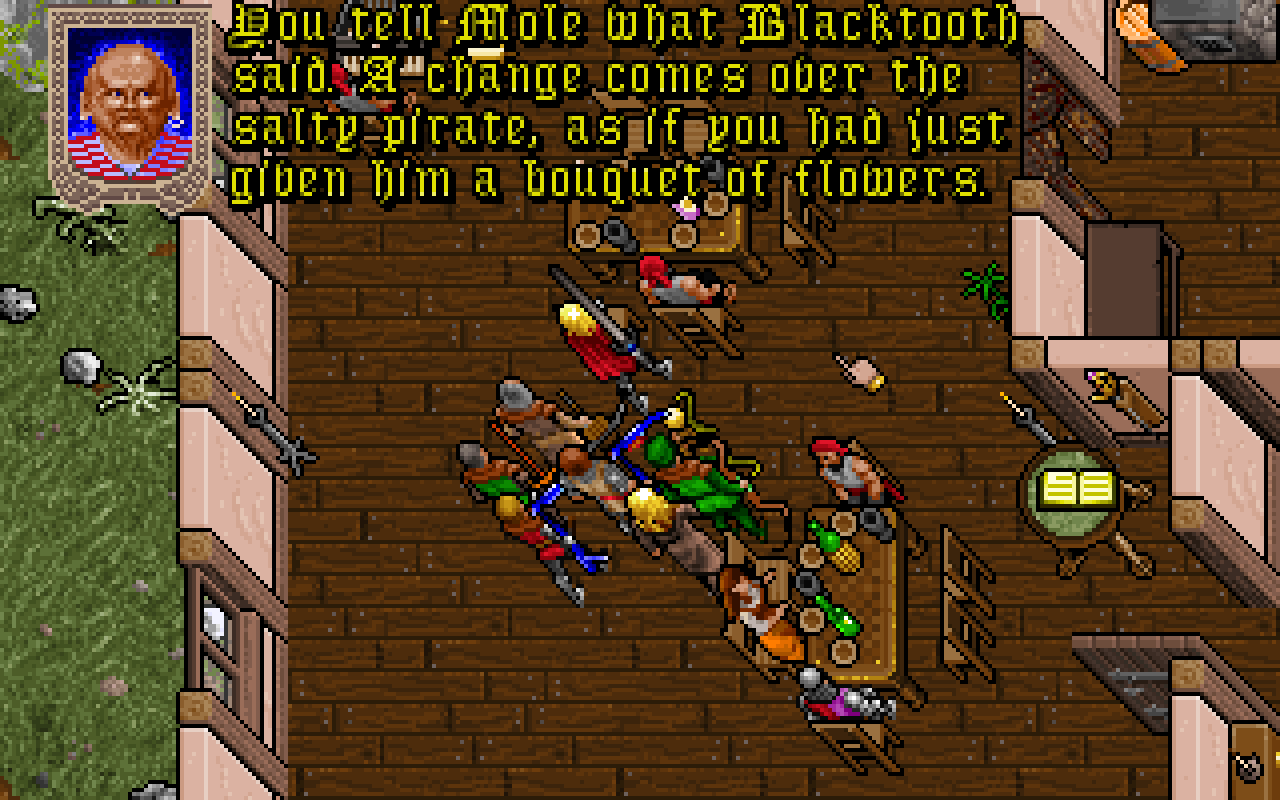 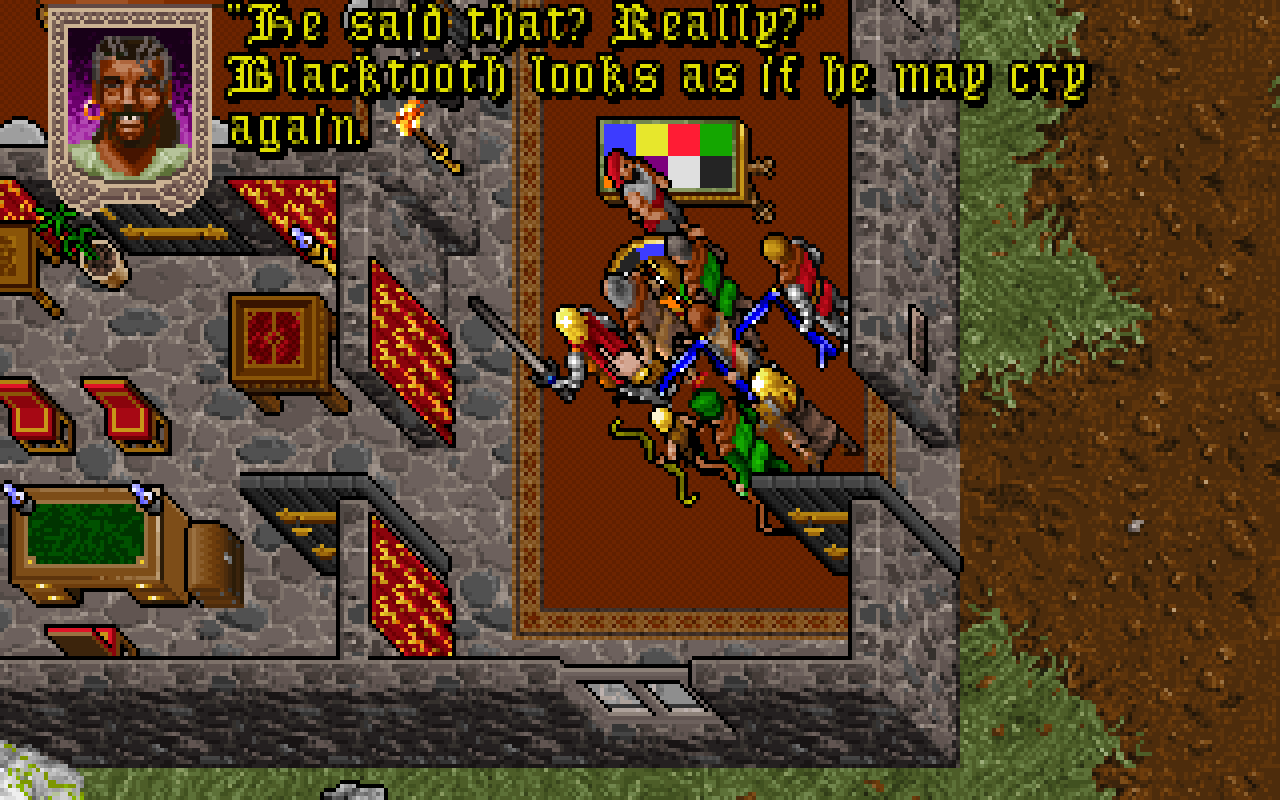 The noteworthy thing about this quest is that you can "complete" it as many times as you wish by selecting the proper dialog option, getting ten experience points each time.  So if you're up for a couple hours of clicking the same option over and over again, you can max out your entire party's level without fighting a single monster. Not a very efficient way of going about things, but it's on the table...

Oh, and what became of Sullivan, the Avatar's impostor? 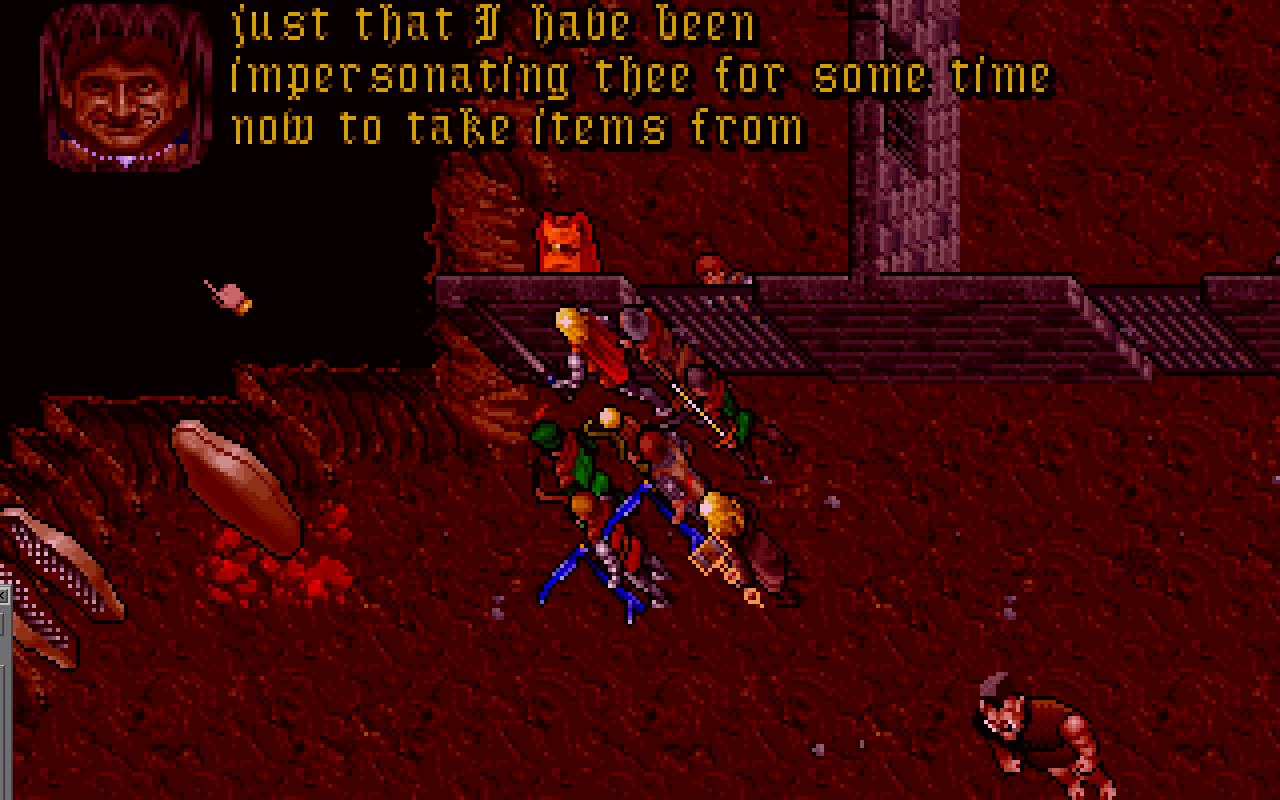 He's locked up in the catacombs of Buccaneer's Den, having gotten on the Fellowship's bad side.  (Take the north path to find him). 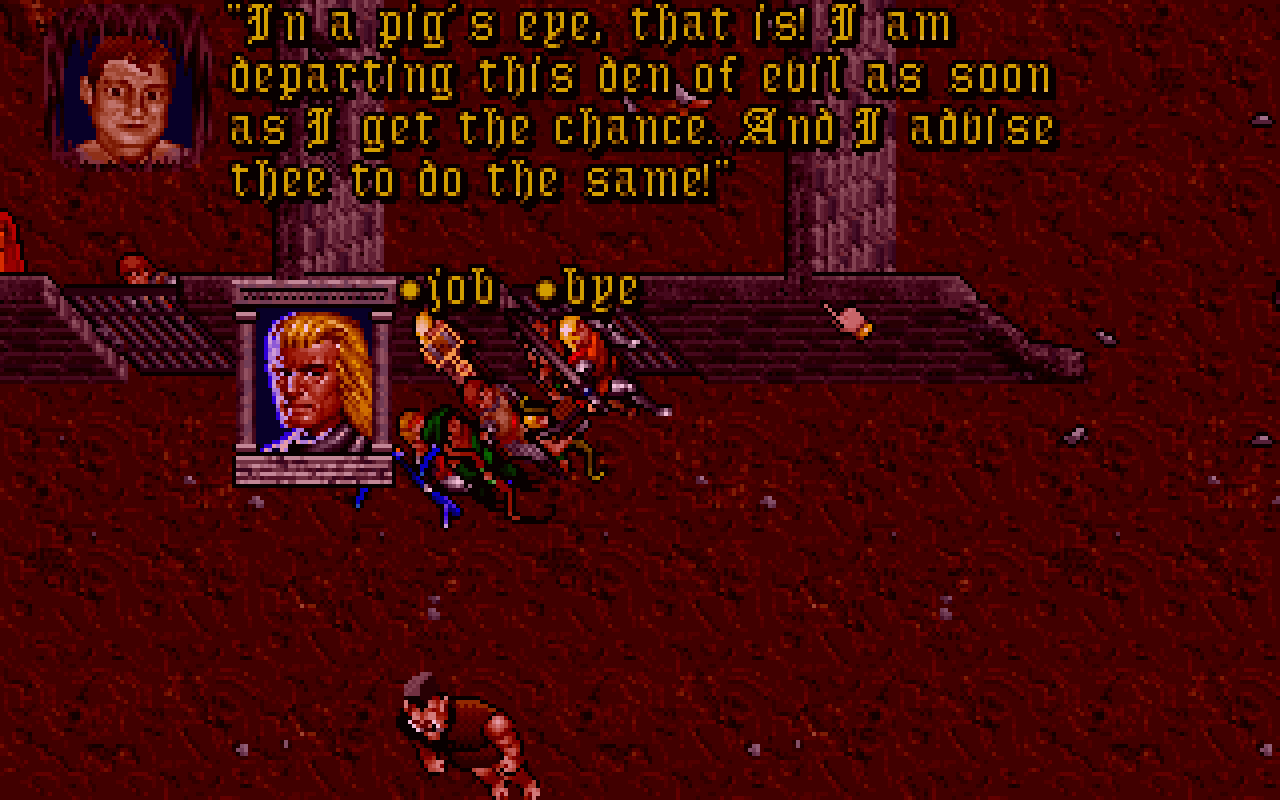 Alagner's apprentice Anton is here too.  He got caught collecting evidence against the Fellowship...

You can free both of them if you wish (the troll outside has both cell keys), but you don't really gain anything from doing so.