We're off to the Isle of the Avatar to confront Britannia's would-be invader.

And the "bad" ending for those curious:

Rather than a lesson about virtue being its own reward, or the self-defeating nature of virtue as law, or the futility of racism and being blinded to it by faith, Ultima VII has a far simpler message: Electronic Arts is pure evil.

No really, let's take a look at the major plot elements of the game.

Britannia is threatened by an entity called the Guardian, known as a "destroyer of worlds" (as highlighted in this game and later entries).  This stands contrary to Origin's slogan of "we create worlds."

Several murders in the game were carried out, at least in part, by Elizabeth and Abraham (E and A). One of their victims was Inamo the gargoyle, whose name means "Create Love" in Gargish. So in essence, EA kills love.

But the real kicker are the Guardian's three constructs which he utilizes to wreak havoc on Britannia: The Cube, the Sphere and the Tetrahedron. Sound familiar? 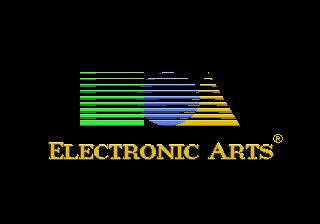 Bingo.
Ironically EA bought out Origin before the game was completed and apparently approved the game for release despite its underlying message.  Though they did have a degree of petty revenge later, as we'll see in Ultima VIII.  And of course there's Ultima IX, which is revenge against an entire franchise and fan base at its bloodiest...

A few odds and ends I've never figured out.

The SNES version of Ultima 7 is perhaps the most notoriously butchered "port" in the entire series.  Cutting Ultima VII down from a 20 megabyte DOS game to a mere 1 MB cartridge meant nearly all of the dialog was trimmed, the graphics and music were greatly simplified, the game world was greatly scaled down (albeit with more dungeons added) and the gameplay was reworked into a solo Zelda-styled adventure game rather than a party-driven RPG.  As per Ultima 6, it also underwent heavy censorship due to Nintendo's "family friendly" policies at the time, resulting in many aspects being changed or cut entirely (enemies instantly vanish when killed and the numerous murders throughout the game are changed to kidnappings, for example).  The end result is a dreadfully  mediocre game that bears only a faint resemblance to the original...

If you want to see me attempt to play it, I posted a video here.