We finally manage to put a sizable dent in the Guardian's war engine.  But at a cost...

And for our off-camera goodies this time: 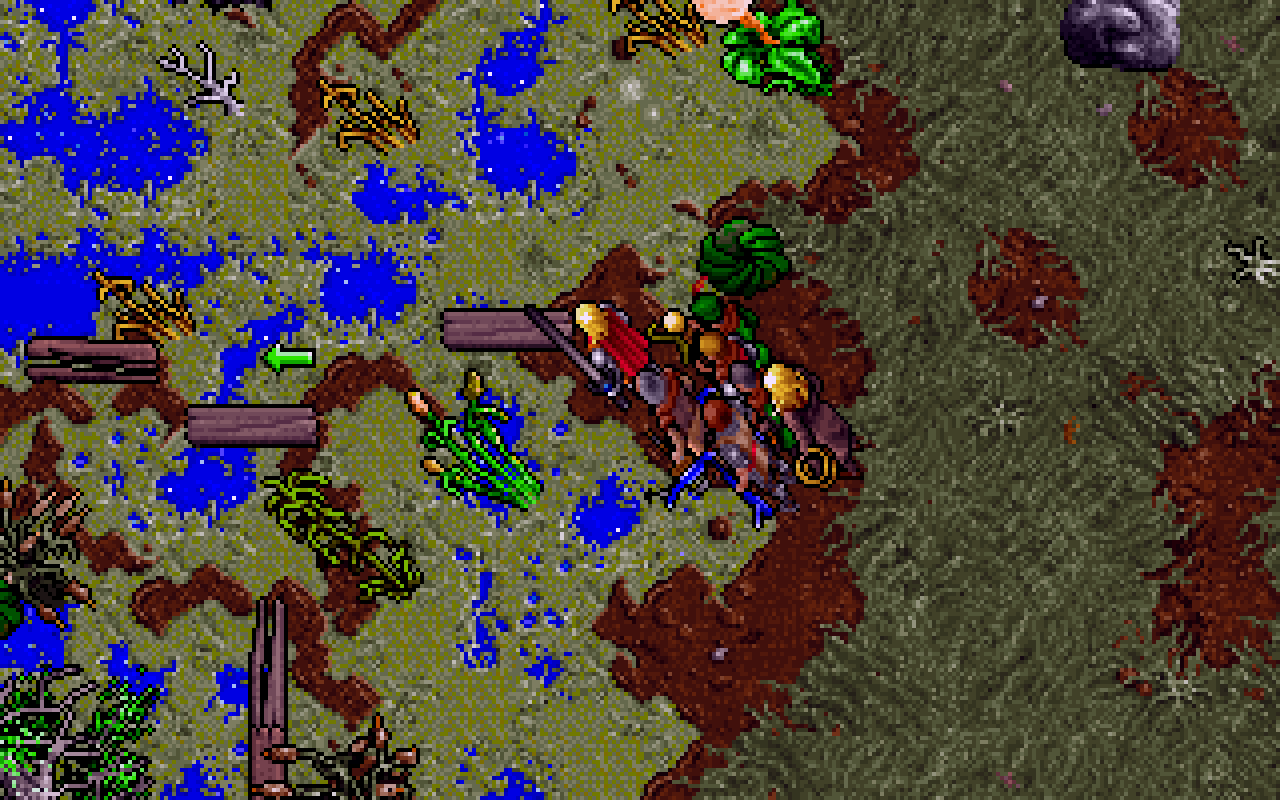 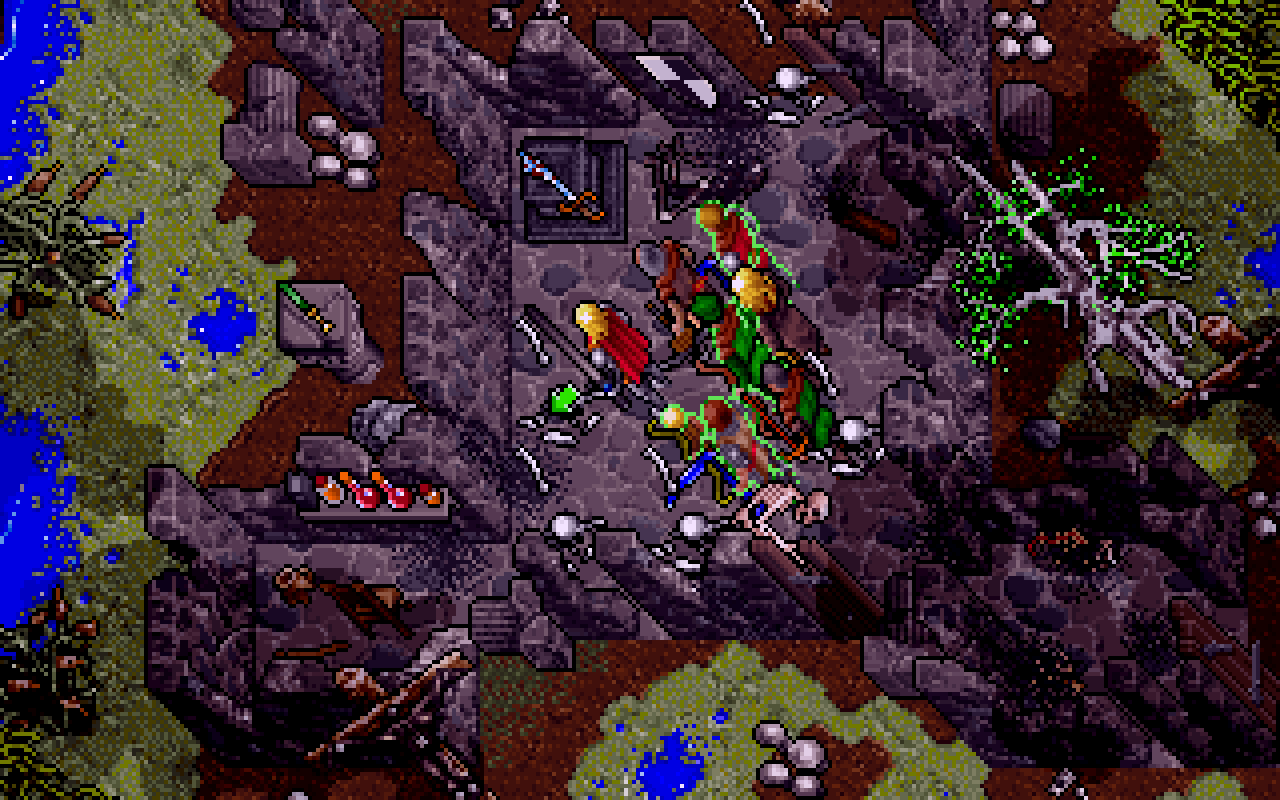 You can find another Magebane sword in the ruins of Stonegate, but it's a bit tricky to get there.  Travel along the path to Minoc through the swamp until the road turns right.  Continue going up and you'll see a series of wooden planks going to the left across a narrow muddy path.  Follow those a short way in and you'll find the ruins, and Magebane within them.

Moonglow has a few sidequests for us to tackle.  Might as well, right? 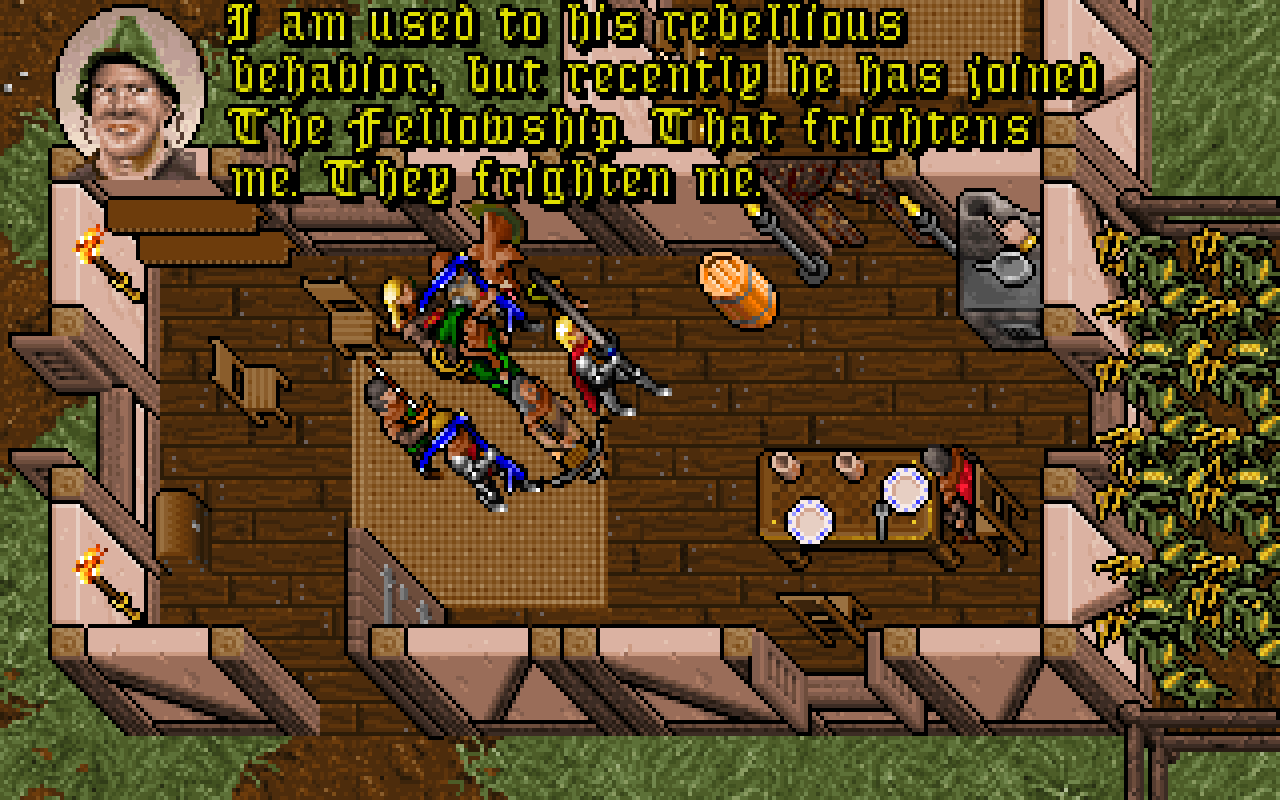 There is a group of three farmers in town - Cubolt, Tolemac and Morz.  Cubolt is suspicious of the Fellowship and wants you to talk Tolemac into leaving the fellowship (and Morz into not joining).  So talk to all three of them (easiest during the morning hours when they're all working the field). 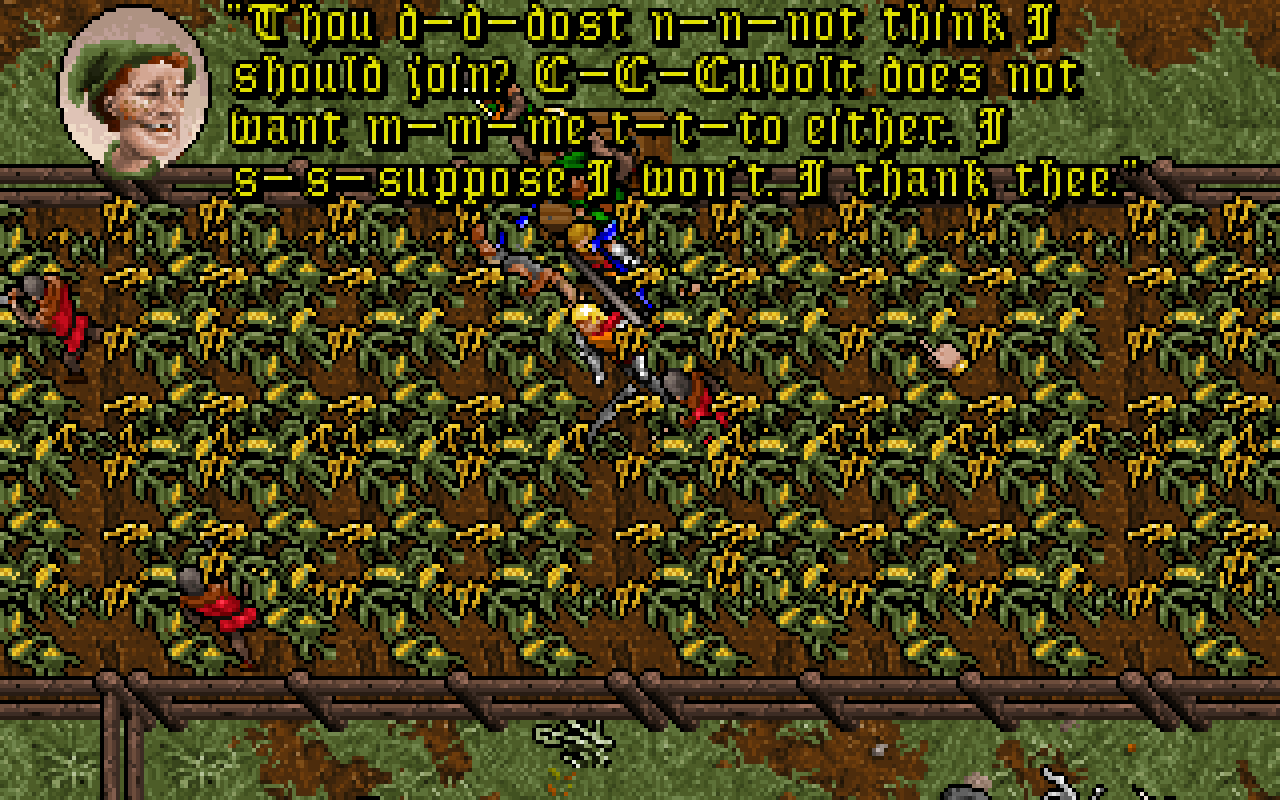 Tolemac refuses to leave (and will refuse to speak to you again after you bring it up), but Morz will agree not to (just as long as you don't offend him by mentioning his stutter).  That's all there is to say about that.

(This earns you 10 experience) 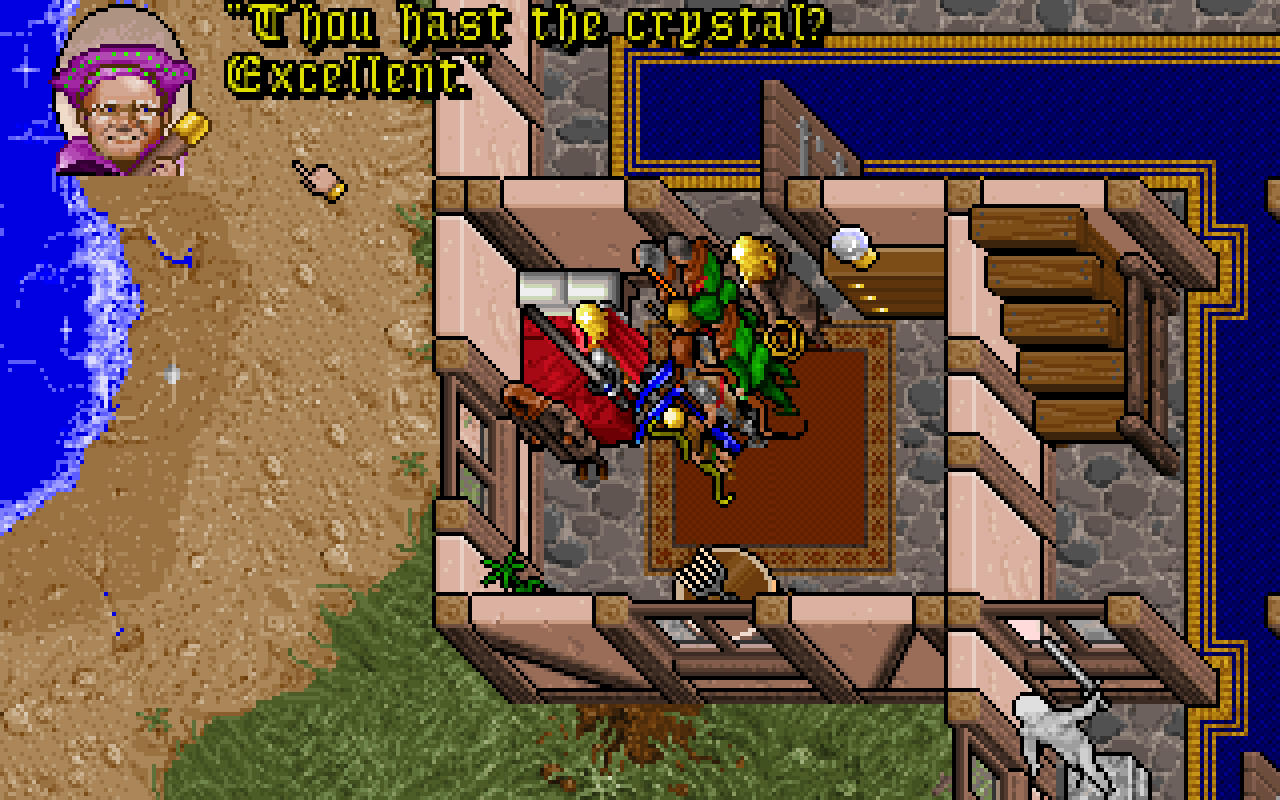 Speak to Brion about his telescope and his orrery, and about his collection of crystals.  He'll mention that he can create a portable orrery viewer for you, but he'll need a special crystal to do it.  Talk to Addom (usually found in the pub) and he'll just happen to have such a crystal.  Buy it from him for 20 gold, then take it to Brion and he'll make the viewer for you. 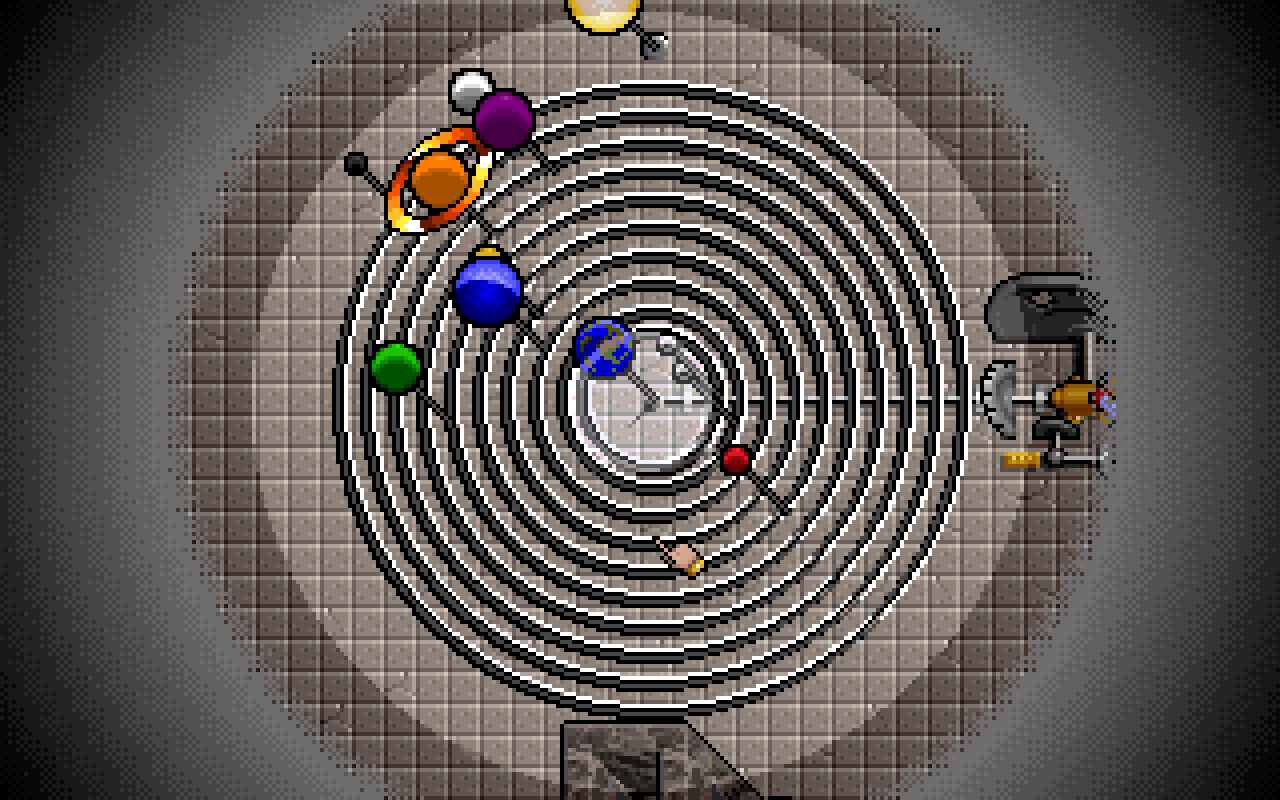 The alignment is just a rough measure of how close you are to the end of the game, since the Guardian plans to come through on the day of the alignment.  It's a bit pointless, really, but it's a sidequest nonetheless. 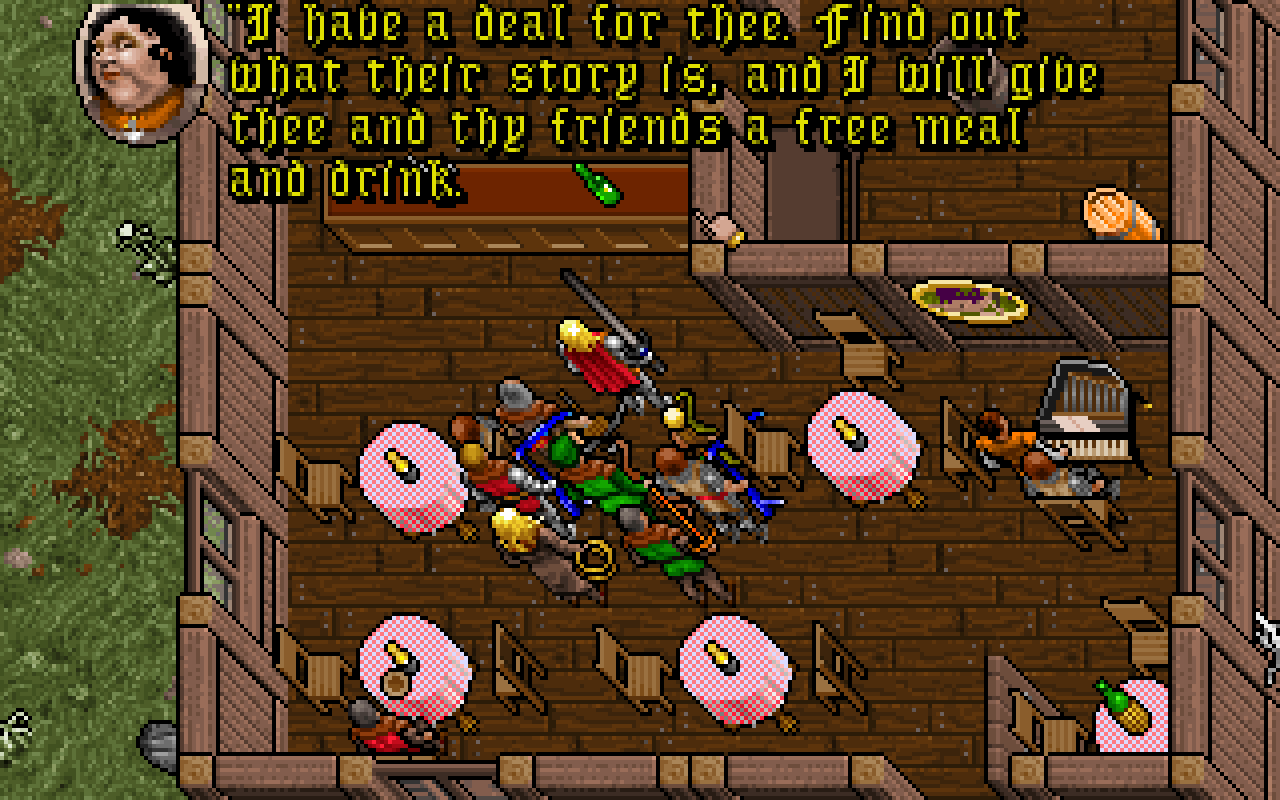 Speak to Phearcy the bartender and he'll tell you some gossip about Zelda.  Talk to Zelda at the Lycaeum to find out that she is attracted to Brion.  Then talk to Brion, who will admit that he has no feelings for Zelda. 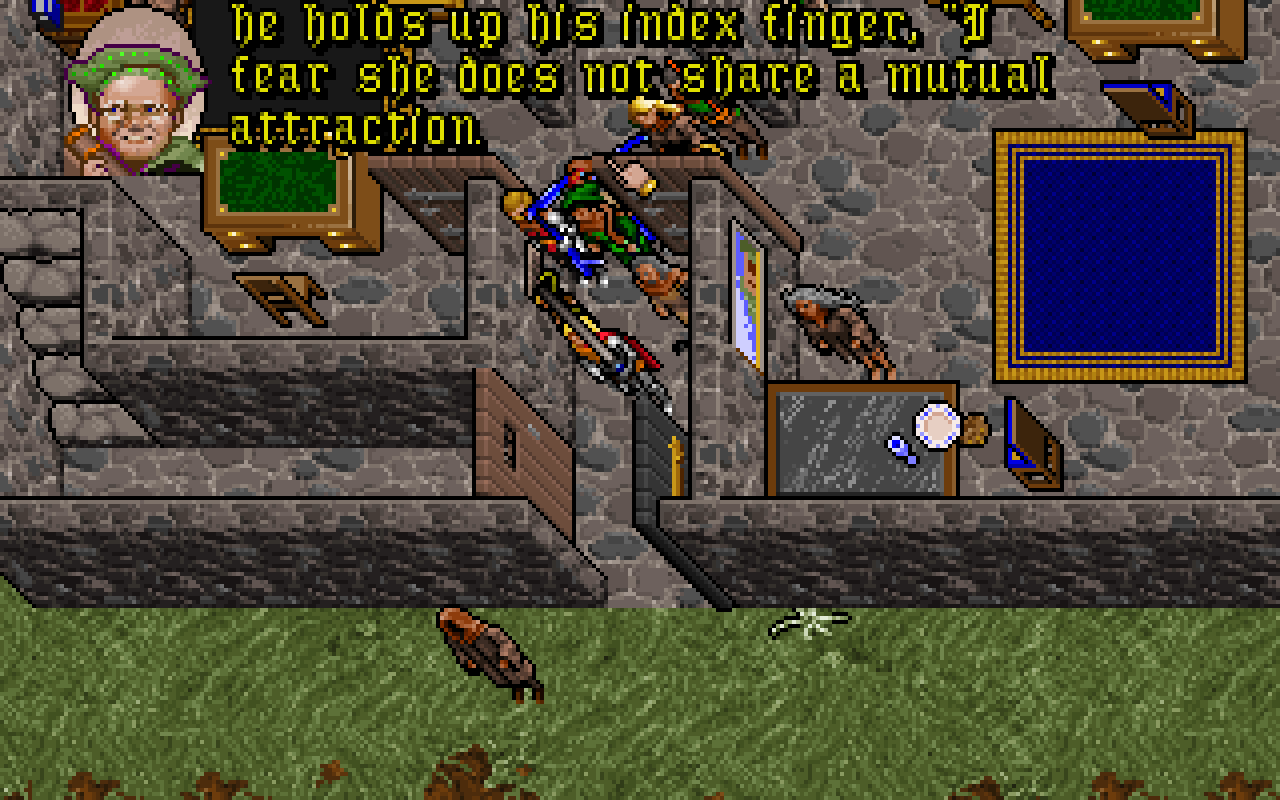 His brother Nelson (also at the Lycaeum) does, however, so you can report that to Zelda as well and she'll agree to give him a chance.  Return to the pub and talk to Phearcy to get some experience and a small amount of food (five pieces of jerky and five bottles of beer).