Phantasy Star Online holds the distinction of being the first MMORPG to be released on a console, debuting on the Dreamcast in 2000 (2001 to most of the world).  Since then it's gotten a number of updates and ports that added new content and numerous fixes, and spawned a legacy of games spanning many platforms including the Gamecube, Nintendo DS, PSP, XBox 360 and XBox One.  The original remains a nostalgic favorite of mine, though, for its simple pick-up-and-play style yet surprising depth.  I'm far from the only one, too, as it still maintains a sizable player base to this day across a plethora of third-party servers, many of which add numerous unique features of their own (like an account-spanning item bank to easily swap items between characters, and an individual drop system so you don't have to fight over loot).  It's a grindfest like most MMOs are, but it's still very fun, especially if you can find some friends to play it with. 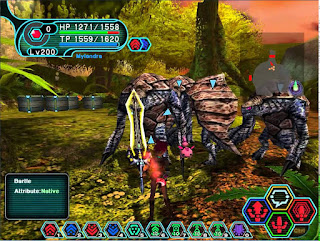 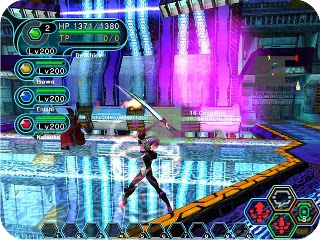