An amateur fighting game that made the rounds on the internet several years ago, and it quickly attracted a following among fighting game fans.  The story is a direct rip of Terminator (even using stills and audio from the movies), but the dark tone is absent in favor of sheer lunacy.  Utilizing a mashup of sprites, CGI and performance-captured actors a la Mortal Kombat and music from a spectrum of other games, characters run the gamut from a nerdy kid who tosses giant paper airplanes, a fat construction worker, a pair of nurses who fight as a single character, a girl who summons Optimus Prime (not even a ripoff; it's literally him), and Mario tossing mushrooms as projectiles and flashing poses like Akuma.  Somehow, though, it all works; there's just something lovable about a game that has no concern for copyright law, genre tropes or sense in general and just strives to be as ridiculous and awesome as possible.  It also helps that it's surprisingly competently made, of course, but for sheer absurdity and comedy value, few games before or since have matched up to Dong Dong Never Die. 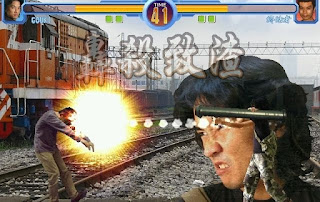 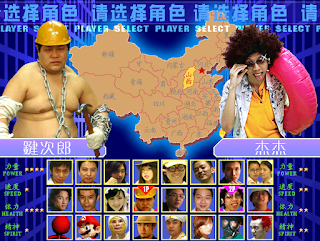