A roguelike, though a relatively unique one among the genre in that it places much emphasis on questlines and storytelling instead of mere dungeon-crawling and crafting - townspeople give quests, and most dungeons in the game are static once generated, granting the player some relative safety and freedom of movement.  One is even given a surprising amount of lore thanks to an in-game monster encyclopedia, which gradually fills up and gives some backstory and information as the player encounters (and defeats) more of that particular monster type.  Basically, a more story-structured experience beneath all the random elements. 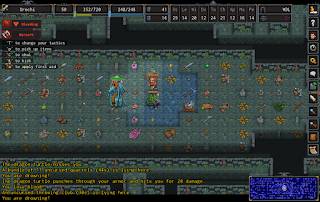 Ghost of Tsushima
Horizon's Gate
Yakuza: Like a Dragon