SNK is a name that needs no introduction; if you were in any arcade in the '90s, they probably had one of the Neo-Geo MVS arcade units and you were, in all likelihood, blown away by the gorgeous visuals and surprisingly strong gameplay on display within them.  Great stuff, though home consoles of the time weren't exactly up to the task of recreating it, resulting in some rather lackluster ports overall (unless you had tons of money to burn for an AES home system and its games for a couple-hundred bucks a pop.... not very likely).  So many legendary fighting game franchises were born here and still dominate much of the platform's fame and attention today.  However, there were quite a few other very good genres represented too, so I included as many of those as I could.  I also limited myself to one game per franchise as an additional challenge. 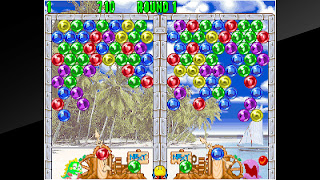 Puzzle Bobble (aka Bust a Move) was a great match-three versus puzzle game and proved to be quite popular, so naturally, a slew of sequels would follow.  The best to appear on the Neo-Geo was the second game in the series, which included a tournament-style versus mode and a more open-ended single player campaign that let the player choose branching paths of levels, each with five puzzles apiece and multiple endings.  There's a lot on offer for both single-player puzzle fans and those into the more competitive side of things, and the consistently charming Taito atmosphere makes it all a blast. Data East's first game on the Neo-Geo was a good one, capturing the manic energy of their games and combining it with the impressive visual capabilities of the platform to create an entertaining experience for up to two players in co-op.  The gameplay itself is relatively simple - sidescrolling action with a variety of weapons like bombs, powerups, shurikens and (by default) a deadly yo-yo - but it's all compounded with a charming cartoon visual style and some great, fluid, fast-paced gameplay.  It may not be one of their best or most well-remembered games, but it's certainly a very fun one that's well worth checking out. 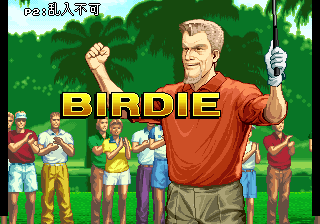 Most golf games tend to bore me straight to sleep, but I found myself having quite a bit of fun with this one; little surprise as it's from the team behind Metal Slug.  Featuring four courses with eighteen holes apiece and gameplay that is streamlined but by no means easy - you see quite a lot of outlandish courses like golfing over an enormous waterfall, through mazes of trees, and with enormous water hazards throughout, and with a choice of six golfers with varying abilities (from a balanced "Young Hero" to a "Shot Maker" with a slower shot gauge to the "Power Golfer" who hits hard but is by far the toughest to use), Neo Turf Master is just an exceptionally golf fun game.   Easy to pick up and play but still deceptively tough to master, Neo Turf Masters brings the hype. 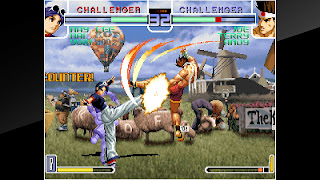 The King of Fighters is easily SNK's most prolific and long-running fighting game franchise, getting yearly installments for a decade as well as a number of spinoffs, remakes and updates, and it's still going strong today.  2002 is probably my favorite of the franchise's entries overall, retaining nearly all of the cast from previous entries and polishing up its gameplay.  The somewhat unwieldy Striker format of previous games is removed, returning to the series' usual three-on-three format, though with a slight twist - the fewer characters are left standing, the more meters you can store, which keeps matches close.  Just a game with a lot to offer any serious fighter fan. 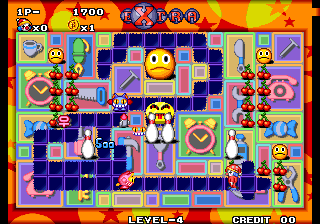 Not many people know about this one, but that's probably because it only came out in Japan at a time when everyone's attention was shifting to the Playstation, Saturn and Nintendo 64.  It's a shame it never got a western release, though, as it's a very fun update of an arcade classic.  The concept is essentially the same - collect all the cherries or destroy all the enemies to clear the stage - but some new twists are introduced.  Larger boulders can be dropped to clear more enemies at once, items on the field can be hit for coins (100 of which grant an extra life) and there are a variety of crazy powerups like homing missiles, roller skates to move faster and, perhaps oddest of all, flipping your character's gender and altering their abilities slightly.  It's weird as all hell, but strangely fun to go for a high score in, especially with the inclusion of puzzle-based bonus rounds and a two-player co-op mode. 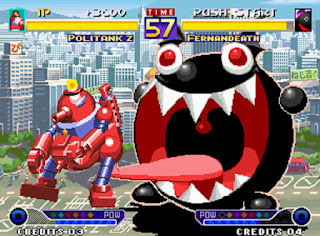 Sunsoft was a popular company in the 8-bit era, but their prominence faded out once the 90s rolled out in earnest.  Still, that didn't stop them from producing some more high-quality games, one of which was a downright bizarre fighter in the arcades.  Starring characters who are very obvious pastiches of popular animes like JoJo's Bizarre Adventure, My Neighbor Totoro and Dominion Tank Police as they compete to collect the seven WakuWaku balls and have a wish granted, the game was rife with referential humor.  It was a great fighting game too, having fluid animation, a ton of moves for each character and just providing a generally fun, polished experience.  It never got the same level of acclaim as other fighters of the era, but it was worth a look in its own right. 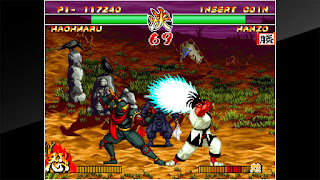 Samurai Shodown was a hit when it debuted, displaying some gorgeously animated and surprisingly bloody fighting game action in the arcades.  The sequel, built from the ground up, only made things even better, expanding the roster and taking the action up to eleven with the ability to dash, dodge forward or backward, parry attacks, clash swords with the opponent (and temporarily disarm them if they win) and utilize the Rage meter to do powerful special attacks that would also shatter the enemy's weapon.  It was more methodical than most, too, as just a few hard slashes could deplete all of a player's life, requiring them to play methodically and not take huge risks.  A very solid fighting game and still the best in the series today. 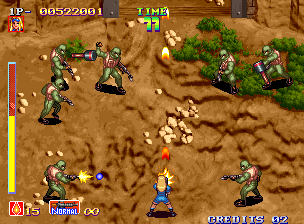 Top-down shooters were a pretty common genre throughout the 80s and 90s, and SNK themselves made quite a few (the best-known probably being the Ikari Warriors and Guerilla War franchises).  But the best to appear on their MVS hardware was Saurus's Shock Troopers - a game which took that format and pushed things up to eleven.  With a cast of eight playable characters (each with their own special weapons and skills), a handy dodge-roll mechanic and three different routes through the game to take (each with unique levels), it had both high-quality combat and quite a bit of replay value for a game of its type.  An exceptionally well-made experience that hits just the right balance between fun and frantic. 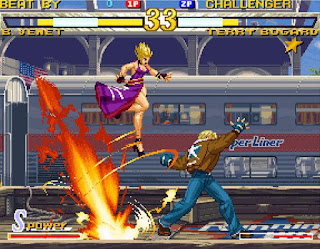 I think if there's any one franchise that best highlights the evolution of SNK throughout the '90s, it's Fatal Fury.  It went from a basic Street Fighter clone with somewhat clunky hit detection and an awkward multiple-plane fighting system to one of the most gorgeous, fluidly-animated and best-playing 2D fighters ever made.  The end of that path was Garou, and it was an incredible experience - not only beautiful as mentioned, but implementing some creative mechanics like the TOP system (once your life bar enters a selected third, you get slow health regeneration, extra damage and a powered-up super move) and the Just Defended system, where blocking an attack at the very last moment gives you a brief window to immediately counter-attack.  Not to mention a cast of fun characters like the pirate Bonne Jenet, the creepy serial killer Freeman, a masked wrestler named Tizoc, and of course Terry and Rock Howard, two of the most awesome and iconic characters in all of fighting games.  A brilliant fighter with style to spare. 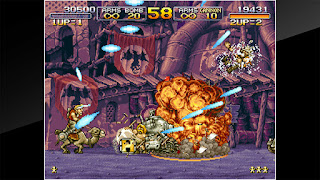 Nazca's Metal Slug was definitely an eye-opener, taking the platforming run-and-gun action of Contra and pushing it up to eleven with some incredibly gorgeous, fluid animation to boot.  SNK was impressed with it too; so much so that they bought the company and made it a first-party IP shortly after its debut, creating a popular and long-running franchise that continues to this day.  X is an updated remake of 2 that polishes up some technical problems (like lag), shuffles stage elements around and adds several more secrets, and while it may not be hugely different, it stands as proof that a little polish goes a long way.  The game is extremely fun and a marvelous sight to behold, capped off with some amazing boss fights and some of the most beautiful 2D animation ever put to a video game screen.  And because of all that, I have no problem naming it my favorite Neo-Geo game of all time.