Released in 1993 through Epic MegaGames by Ken Silverman, the developer best known for creating the Build engine (which would run several classic games like Duke Nukem, Blood and most recently, Ion Fury).  Before all that, though, he produced a number of shareware titles, and one of them was a bizarre Wolfenstein-like named after himself, Ken's Labyrinth.  Set in an enormous maze full of aliens, monsters, giant spiders and numerous other hazards, the game has you find keys, solve puzzles avoid traps, rescue your dog and escape.  Quite a lot going on for a game of the period, and while it's not the most polished game of its type, the creativity within is vast and makes it worth a look. 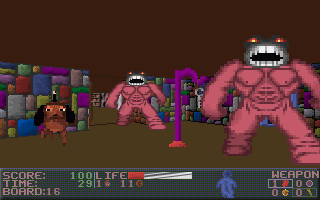 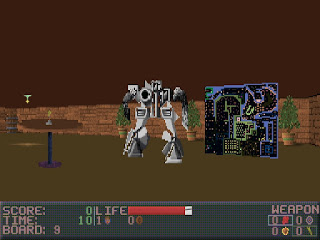