It's been almost twenty years since the launch of the Dreamcast, so why not make this week's Free Game Friday about a game closely associated with the system, Sega Swirl. 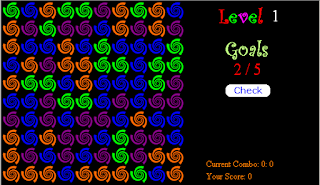 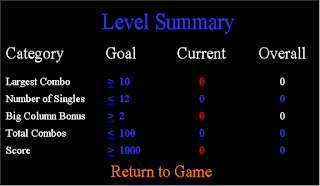 Sega Swirl was included as a bonus game on the Dreamcast's Web Browser CD as well as several demo discs for the system, with the original PC version being released as a free download from the system's official website.  The goal is simple enough in theory - touch a piece to clear it and all other pieces of the same color touching it, and try to clear all the pieces from the board - but one must meet a number of conditions to clear each level.  These include getting a set number of points, having less than a few "Singles" cleared, and getting combos and a set number of "Big Column Bonuses" (clearing all pieces from a number of columns in one move), so it gets deceptively tough very quickly.  One must carefully plan their moves to get far in the game.

Interestingly there was a sequel too, but it was only released on the online gaming service GameTap.  Sega Swirl 2 plays much like the first game, though with five colors of swirls instead of four, differing physics for the pieces (falling in a zig-zag pattern, in a spiral toward the center of the board, and so forth) and with various specially-themed boards during the holidays.  Sadly, with GameTap having ceased operations and Sega's ambivalence toward the franchise, Sega Swirl 2 has become a lost game. 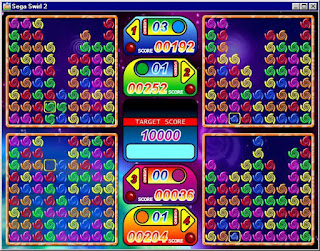 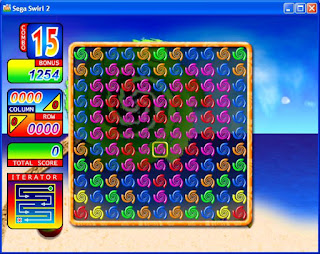