Elder Scrolls was always a franchise that sold itself on having a large scale, a dense world and ambitious, open-ended design, though before technology made such things feasible, they had to get by in other ways.  The first two Elder Scrolls games are mostly procedurally-generated experiences, with nearly all of the towns, quests, NPC names and so forth being randomized with each playthrough.  But it paid off to a degree, resulting in a game world with over 750,000 NPCs, 15,000 towns and a game world 161,600 square kilometers (62,394 square miles) in size.  Basically, you'll never be wanting for things to do.  Even the main plot is a relatively ambitious one by series standards, giving the player a lengthy quest with six possible endings.   Bethesda also released the game for free in 2009 to commemorate the series' 15th anniversary, allowing it to reach a wider audience than ever before.

A few large-scale fan modding projects have popped up over the years too, from new quests, features and enemies (Andyfall and Daedrafall) to a full-fledged open source engine remake in Unity called "Daggerfall Unity".  These add more longevity and quality-of-life improvements to an already massive game, ensuring that Daggerfall will be a cult classic for a long time to come. 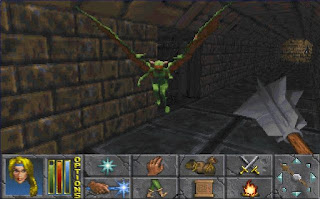 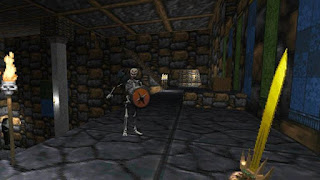 If you want to play it, I recommend grabbing DaggerfallSetup at the very least; this is an automated installer that will put the game in a pre-configured DOSBox package and even automatically install some content add-ons and patches, which can save you a lot of headache.  Daggerfall Unity effortlessly installs on top of that, too, so that you can play the game in Windows with more polished visuals and additional features.