Starlight Canyon wraps up, and then it's on to further adventure!

I went ahead and recruited Mena off-camera.  Talk to her with Monica in the town hall, and she'll complain of some kind of illness.  Monica will diagnose it as having to do with the space-time distortions, and you'll be tasked with clearing ten levels of Spheda. 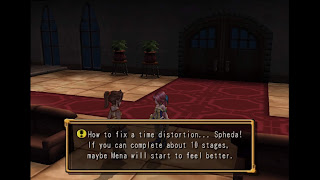 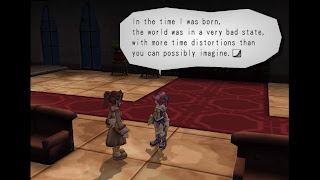 (Note that this is counted from the time you accept the quest, so any you've cleared beforehand won't count towards the ten you need!)

Once you've done that, come back and talk to her once again as Monica, and she'll join you. 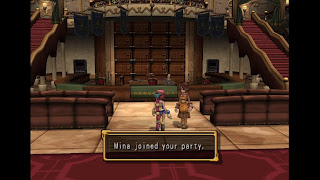 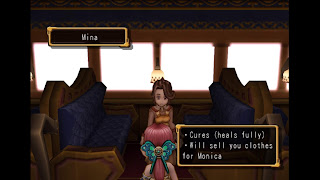 She turns out to have the rather useful ability of healing a character to full.  This doesn't sound too great, but because it bypasses the "no healing" stipulation on some medal challenges, it can definitely come in handy in the later stages of the game!