Completing the game once unlocks EX Mode, which grants you a number of benefits.

As this dungeon tends to be exceptionally long and repetitive (and the bosses are mostly re-textures of earlier ones), I've decided not to show the whole thing.  Instead, I'll just show the final battle and give an overview of the process I've used to upgrade my equipment for this run.

We'll mostly be using this to get a few items that we'll put to work in the postgame, as well as get prepared for the initial assault on Chrysler.  To that end, collect the following during this playthrough:
-
Step 2: Getting ready for the Chrysler Building

You'll need to play through the game again until at least Day 4 to get Wayne available behind the counter and to be able to cash in Rare Trading Cards, so do that.  I would also highly suggest that as you go through Central Park on Day 2, that you do not take a particular path on your way through the zoo.  This will make things much easier for you later. 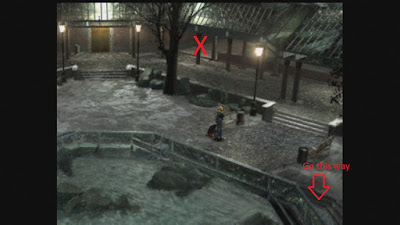 Pick up any weapons and items you missed on the first playthrough.  If you need to go to Day 5 to get something (ie Super Tools or the M8000), keep in mind that your last chance to return to the world map is after the T-Rex and before going up to the 4th floor to confront Eve!

Next, you'll want to collect 300 Junk.  The most efficient way to do this is to put everything you can in storage, equip a club that can steal (Club 2, 3 or 4) and go to Central Park on Day 4 or 5.  Now head down that path I told you to avoid earlier: 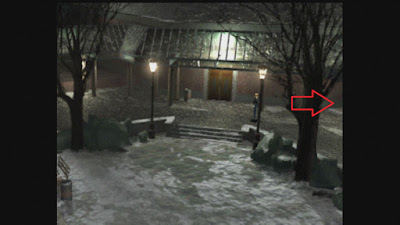 and you'll end up at this screen: 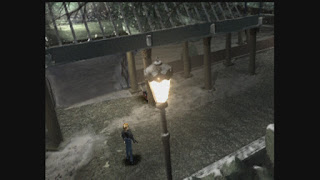 Head a short distance to the right and you'll get into an encounter with several birds and a monkey.  Use your Club on the birds to steal Junk from them, and once all of them are dead, flee the encounter.  DO NOT kill the monkey under any circumstances.  Now head right again and all of the enemies will respawn.  Kill the birds again, collect more junk, run away without killing the monkey.  Rinse and repeat.

Once your inventory is full, exit Central Park and return to the NYPD.  Talk to Wayne and choose "Discard Junk" to add it to your cumulative total.  Once you hit 300 total discards (takes ~12 trips in total), Wayne will prompt you for a weapon type to build; choose "machine gun" to get the P90. 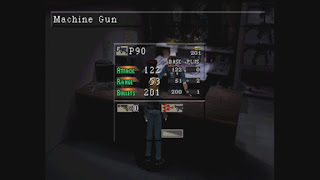 This will be our ultimate weapon, but it will require preparation.  Take the ROFx10 and Attack All mods off it with your Super Tools, then attach the ROFx2, Quick Draw, Burst and Tranquilizer mods to it from the weapons listed above using Tools.  Snap your favorite weapon's stats onto it via a Tool as well.  It has two more slots you can unlock, but don't spend any of your Trading Cards on it yet.

If you have a Tool to spare, you can optionally put the M8000 or M9-3's 2 Commands on it as well.  We'll be replacing it with the even more godly 3 Commands later, so you'll eventually have to use another Super Tool (or the Super Tool Kit) to get rid of it, but it will make your life considerably easier in the short term. 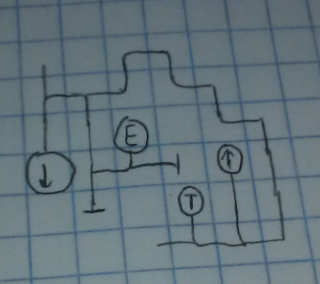 First, collect the Rare Trading cards throughout Chrysler.  These work like the standard cards, but they will let you unlock two slots at a time instead of just one.  Moreover, once you've turned in enough of them, Wayne will give you two bonuses.
Put both in your item storage after you acquire them so you can carry them over to later playthroughs!

Use one of your Rare Trading Cards on your P90 to unlock its two slots.  Attach the M203-3's Acid effect to one.

Be sure to collect the following items as well, and mod them onto your weapons as you do.  Hold off on adding any effects to your armor, though - just keep adding any stat upgrades to it for now.
On floors 61-70, you will find the CR Armor 2, which is this game's ultimate armor - it has 7 slots by default and can be modded up to 10 with Trading Cards.  Add the effects from the armor you've been saving (listed above), plus these:
Finally, snap your current armor's stats onto the CR Armor 2 with a Tool.

You can spend bonus points freely as you acquire them, but I recommend putting them toward your Active Time as top priority, then whatever's left goes to your gun's attack power.  Bosses still do hundreds of points of damage even with a very high defense and PE, but you can put them down much more quickly if you power up your gun, thus greatly lessening the damage you take.  The best defense is a fast, relentless offense.

Oh, and the quickest place to earn BP is by killing the squirrels that spawn on floors 51-60; they give 250 points apiece if you can manage to take them out before they flee!