Spoony's Most Disappointing Games of 2017 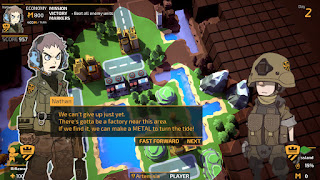 I've longed long and hard for a worthy sequel or spiritual successor to Advance Wars, which to this day remains one of my all-time favorite games in the turn-based strategy genre (and one of my favorite games, period).  Tiny Metal clearly tries to capitalize on that void, but to be blunt, it just doesn't work out, failing to capture the strategic feel and satisfyingly quick gameplay of its predecessor.  The game is just plain ugly, too, with garish bright colors and models and a spastic camera that constantly reorients itself and, by extension, disorients you.  Alas, my wait for a new, quality Wars game in the classic format continues. 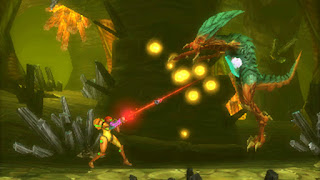 Yep, it's the second year in a row that a Metroid game has made my Most Disappointing list, and I never expected I'd say that.  I passed on this one at first, mostly because it was put out by an awful company that already pounded another beloved classic franchise into the dirt and treats their employees like shit without a hint of shame.  But after giving it a try... well, I wasn't wrong in thinking this one would be a letdown too.  I'm honestly not sure who decided that Metroid needed to have a character action offshoot, but given that they also seem intent on releasing said games on platforms with the worst controllers possible for the format, it's been a dreadful turn for the series. Other M tried to cram seventy billion functions onto a sideways Wiimote control setup (ugh) and Samus Returns similarly gets the shaft on the 3DS, which has the downsides of a tiny screen, cramped controller layout that there's no comfortable way to handle and an extremely slippery thumbpad with no option for D-pad controls.  Not to mention a melee mechanic that can be downright frustrating owing to the massive delay between the button being pressed and the counter actually taking place.  (But hey, if you land it, it's pretty much an instant "I win" button against anything, even bosses!)  It is at least a more competently-designed game than Other M, but its gameplay is so one-note, pixel-precise and frustrating (Your missiles bounce off with anything other than a perfect dead-center hit while I took 50+ damage and died from a tiny spark touching the edge of Samus' toe too many times to count) that I got tired of it fast.  And seeing as how we've already had a much better-designed, fun and free fan remake of Metroid 2 last year in AM2R and a fantastic spiritual successor in Axiom Verge which has been released on every platform under the sun, my only real question is: Why did Nintendo even bother with this game at all?  ...Oh, right.  Milking nostalgia dollars from gullible gamers.  Just like a few other prominent games on this list! 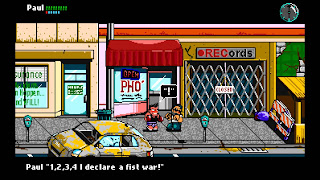 As a huge fan of the NES and beat-em-ups as a genre, I am of course also a huge fan of River City Ransom and was very excited for the fan-created reboot on PC.  Then I actually played it.  While the game makes a strong first impression with its smooth animation, detailed backgrounds and solid music, the same unfortunately cannot be said for the overall design.  The game is extremely slow-paced and grindy, requiring dozens of enemies to be defeated to purchase a single upgrade and huge amounts of backtracking to reach objectives.  Assuming the game doesn't bug out and point you to a quest marker that  doesn't trigger, requiring you to reboot, of course.  Oh, and the "bosses" in the game aren't even fought half the time, instead making way for tedious chase segments where you have to traverse an enemy-laden obstacle course and land a hit on the boss. And if you make one mistake and lose them, you get to return to the starting point, clear out the freshly-respawned enemies and try it all again!  In the immortal words of the classic RCR... "Barf!". 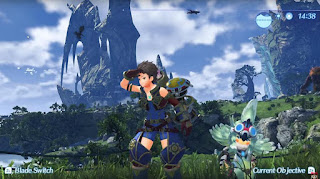 The original Xenoblade Chronicles, while no masterpiece, was at least a sprawling and ambitious game, attempting to combine the vast open worlds and strategic combat of western RPGs with the strong characters and narrative of a Japanese RPG, and doing a relatively competent job of it.  Sadly, the franchise's later attempts to follow in its success have all taken several steps back in many regards.  Whether X's heavy emphasis on grinding and repetitive objectives at the cost of character development or 2's design, which inexplicably removes important features like a competent map function  (making navigating the huge environments an absolute chore) and changes the game's tone to pure camp as the characters and dialog become too over-the-top ridiculous to take seriously.  A franchise that could be golden with just a bit more polish and focus in its design, yet which inexplicably gets less of it with every sequel that comes out. 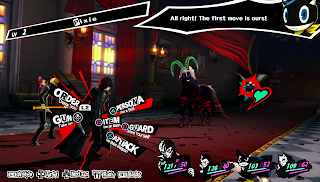 If you asked me back in April, I would tell you that I thought Xenoblade 2 would be my pick for the most disappointing game of 2017.  But I was soon proven severely wrong in that regard by Persona 5, a sequel five years in the making which takes one of my all-time favorite games and drains it of nearly all the nuance, subtlety, charm and challenge it once possessed. Persona 5 at first seems to promise a darker turn for the series in its tone and harder, more cruel characterizations, but once the first mission concludes, it quickly backpedals to safer waters and unambiguously defines the protagonist as mislabeled misfits and the villains as cartoonish cutouts, and the whole thing quickly becomes an overly simple and childish revenge fantasy with some very uncomfortable overtones, particularly the implied message that forcing one's beliefs on others is just and righteous because anyone who doesn't follow your worldview exactly is unquestionably immoral and evil and it is your holy mission to destroy their lives (and a meme cat said so, so it must be true!).  In fact, I had more than one uncomfortable flashback to Sonichu while watching events unfold; that should tell you something.  Even beyond that, though, the storyline is badly paced and full of contrivances, the main characters are bland and rarely ascend beyond their basic archetypes in any form, and the overall gameplay has the Ocarina of Time problem in that it feels very drab and padded out, with any "puzzles" the player encounters being explained out in such detail that they provide no satisfaction at all.  Boss fights center on uninspired gimmicks and almost never prove to be any real challenge, the sub-quests feel like empty retreads of what came before in earlier Personas, Morgana's character goes from mildly charming to quickly making you wish the protagonist would just stuff him in a microwave already as he constantly patronizes you and dictates where you should go and how you should feel about literally everything that happens and he never fucking shuts up... in short, everything about Persona 5, save its visuals and music, feels juvenile, utilitarian and by-the-numbers, like they were just pushing out a "good enough" sequel to cash in on the name.  And given that Sega is calling the shots for Atlus now, well, it's probably true.  It really pains me to say so as a fan of the franchise, but Shin Megami Tensei's best days are seemingly behind it.