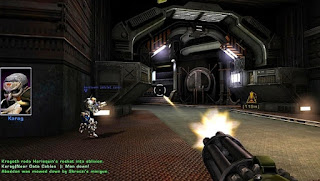 Unreal made a big splash in the 90s with its polished engine and stunning 3D visuals, and its spinoff franchise, Unreal Tournament, only continued its legacy with its fast-paced gameplay, a ton of crazy weapons to use and clever game modes like Capture the Flag, Mutant and Domination.  UT2004 continues the trend but adds vehicles and gun turrets into the chaos, building a new layer onto the gameplay without disrupting its balance.  All of that, plus modding support that allowed players to create custom weapons, maps, models and even game modes and basically tweak almost every aspect of the game to their own liking, make this an excellent experience both in multiplayer and solo play against bots that's still incredibly fun today. 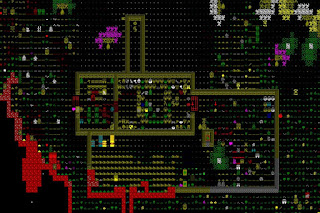 Dwarf Fortress is a game as famous as it is intimidating, creating an entire world from scratch and meticulously generating every life and major event that ever takes place in it, so you're fully immersed in a unique history each time.  There are two game modes - a civilization-management sim called Fortress Mode and an open world roguelike called Adventure Mode, both of which are strikingly different and endlessly deep in their own ways.  Dwarf Fortress's amazing complexity comes at a cost, though - the game doesn't have graphics, instead being rendered entirely in ASCII, and its interface and mechanics are downright opaque, all but requiring you to comb through the help file and the online wiki to get your bearings and puzzle out the hundreds of things you can do.  You'll also inevitably meet your end to any manner of hazards from madness to lava flows to goblin raids to demons breaching into your realm and murdering everything in their path, but as the game's motto goes, Losing Is Fun!
28. Slay the Spire (Megacrit, 2019) 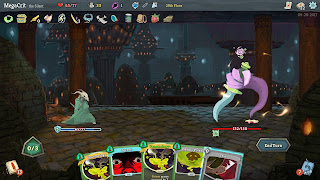 A relatively novel blend of elements, Slay the Spire is one part deck-building card game and one part roguelike, melded together quite expertly.  Building your deck, thinning out your less-useful cards and acquiring various Relics to bolster your abilities (doing everything from restoring HP after battle to damaging enemies every few cards you play) become just as much of a focus as clearing out foes.  As you proceed up floors, defeating progressively tougher enemies, you also get a slew of randomized events - campfires to rest and regain HP or upgrade a single card in your deck, shops, and all manner of random events that can help or hinder you.  Tough and unpredictable as any good roguelike, but with enough of a strategic bent that encourages experimentation and gives it a ton of replayability.
27. Tyrian 2000 (Eclipse Software, 2000) 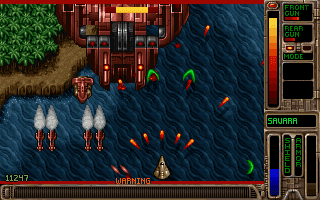 I was never a big fan of shoot-em-up games; many of them start to feel very samey to me after a while, not to mention the fact that they feature one-hit deaths and swarming enemy patterns that are generally extremely trial-and-error based and require spot-on precision, and I don't really have the patience for that kind of thing.  Tyrian 2000, however, is more my speed.  An updated re-release of 1995's Tyrian, the game also features a lot of elements not normally seen in the genre - an in-depth storyline told between stages, a wide variety of customizable ship parts, weapons, sub-weapons and ship types, and even a pretty good sense of humor as you play through various minigames and collect giant fruits for points and have the option to pilot a ship that fires bananas and hot dogs at its enemies.  Of course, the colorful graphics and sweet soundtrack also help, as does the fact that you actually have a health bar (in the form of a shield meter that regenerates over time and an armor meter that can only be restored via powerups).  It still manages to be quite a challenge, but it's one that I can get into.  Tyrian 2000 is a standout title and, for my money, the best top-down shmup ever made. 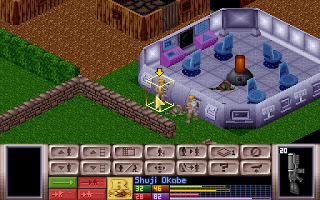 Also released as "UFO: Enemy Unknown", UFO Defense served as the first game in the strategic simulation X-COM series. The game expertly combined elements of base building, turn-based combat and business sim as the player had to manage their limited resources, reverse-engineer alien technology and keep their squads well-equipped (and alive) enough to deal with escalating alien attacks across the globe, with their ultimate goal being to take the fight to the alien base on Mars and defeat their leader in a final assault.  It also found just the right blend of gameplay elements, providing plenty of depth and challenge while not overwhelming the player.  X-COM had a remarkably good multi-platform remake in 2012 (which had an incredible sequel a few years later), but the original is certainly nothing to sneeze at either.
25. DOOM (Id Software, 1993) 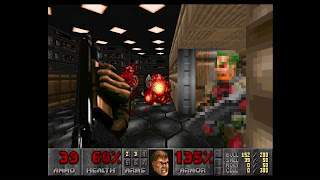 DOOM was an amazing title at the time of its release for its realistic 3D environments, fast-paced action and varied gameplay, combining elements of puzzle-solving with run and gun action against hordes of enemies.  But when you added on online deathmatches and the ability to create custom maps, the game's replay value rocketed through the roof, and even today it remains an incredibly fun experience, spawning hundreds of thousands of custom maps and countless player mods that remix the experience into something completely new.  Surpassed in technology but still unmatched in gameplay, DOOM is a truly immortal game. 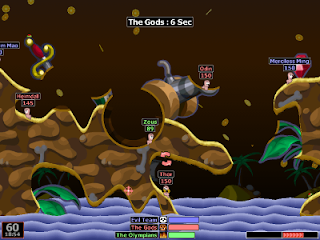 Just one game in the long-running Worms turn-based warfare strategy series, and the one widely regarded as the best in the franchise.  Unlike many of its sequels, it gives players the option to have teams larger than four worms (six or eight, depending on the number of players in the game), allows for custom team voices and terrain to be imported and has just the right blend of weapons, gadgets and options to make for lengthy, yet engaging online battles - from airstrikes to poisonous skunks to flamethrowers to Street Fighter style martial arts, you won't be wanting for ways to lay down the pain.  Not to mention that it's always more fun dropping a concrete donkey on a bigger group than a smaller one, of course.  A standout in the turn-based artillery combat genre. 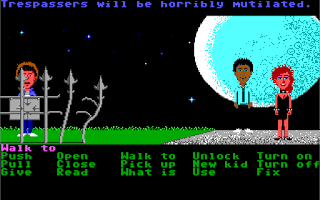 Graphic adventure games were a staple of early computer gaming, with countless examples throughout the 80s and into the mid-90s and several big companies that are still going today building their name on beloved franchises.  One of the earliest I recall playing, and still my favorite of the genre to this day, is one Maniac Mansion, a game unique from most in the genre in that it actually had quite a lot of replay value - you could pick two additional characters (out of six) for each playthrough, with each having differing dialog and solutions to particular problems, and there were eleven different endings to see based on the player's choice of characters and actions taken throughout.  Top all that with a lack of cheap deaths (characters still can be killed, but you need to do some really dumb stuff to get there) and a sharp sense of humor that would become the trademark of all following Lucasfilm adventure games, and you've got a true classic.
22. Torchlight II (Runic Games, 2012) 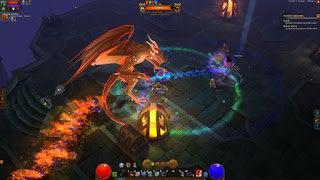 There are quite a few Diablo-styled action dungeon crawlers on the PC, but the one that takes the genre to perfection in my book is Torchlight II.  Created by a team partly made up of former Blizzard North (Diablo I) staff, Torchlight 2 takes everything that made Diablo a hit and cranks it up to eleven.  Combat is fast and frantic, the four playable classes in the game can be customized in any way the player wishes, and online multiplayer (sorely missing from the first game) is now back in full force.  The game even has full support for player mods which can even be used in online games, though all players must have the same set of mods installed in order to play together.  Some other clever tweaks, like each player finding separate loot drops and being able to send your pet back to town with a haul of items to trade in for cash or potions, also make sure that the action remains constant throughout.  Torchlight II is pure fun. 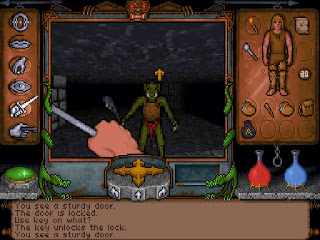 A game that was built from the ground up to not just be a more realistic kind of puzzle-driven dungeon crawler, but a full blown life simulation too.  To that end, you had skills not just oriented around combat and spellcasting, but for swimming, conversing, identifying items and bartering with NPCs among many others.  It had a lighting system and rudimentary physics for platforming, letting objects bounce off of walls (and activate switches) and no single set solution for most puzzles, letting the player take an innovative approach to figuring out the game's mysteries.  Downright mind-blowing stuff for 1992, and the influence it's had on the industry since is immeasurable, inspiring games like Elder Scrolls, Half-Life 2, Deus Ex, and numerous others.  It's a bit clumsy and awkwardly slow to play today, but it's nevertheless a great game and an important building block for gaming as a whole.