We fart around on Monk Isle for a bit to get the rest of the game spoiled foreshadowed for us, finally get our spellbook and then we get to visit the first part of the Silver Seed.

No item updates this time.

Off camera stuff: Did some training with Tsandar at the keep, and bought the Vibrate spell from Elissa (which will prove very useful later).
Here's a screencap of the vision that Draxta wants to show you, since it flashes by too quickly to get a good look in-game:

...It appears to be Petra the automaton running through some rain and smoke while the Avatar watches.
I located Shamino after losing him in the Silver Seed: 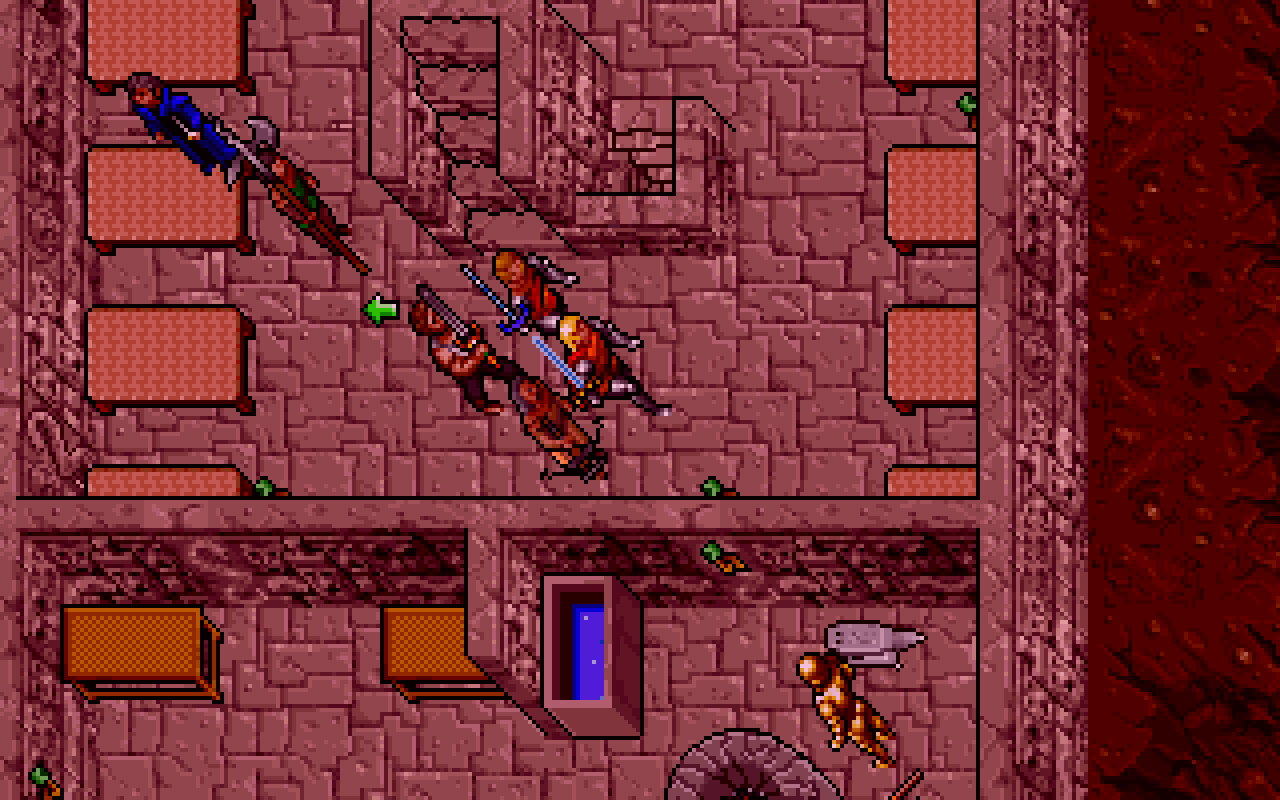 He was at the healer's, but didn't reactivate properly for some reason.  Ah well, one orange potion and he was good to go again.
Finally, the Silver Seed is also home to two well-known bugs (which I won't be using since they're somewhat game breaking).