We have a kangaroo court in Fawn and then walk into another one of Batlin's ever-so-clever traps.
Items Recovered

Swamp boots - > Slippers -> A teleport storm exchanged them for Devra's slippers at the Sleeping Bull.  We traded them back.
Items Still at Large

The Black Sword -> Ruddy rock - ?
Spellbook -> Pumice piece - Krayg mentions the dungeon of Furnace, said to be an extremely hot place where rocks like this appear.
Magic Helm -> Fur cap - Frigidazzi in Moonshade is said to have had such a cap.
Blackrock Serpent -> Fine stockings - Unknown.
Glass sword -> Pinecone - Most likely came from the forests to the north.
Dagger -> Severed hand - Said to not be dead by Renfry, kept alive by some kind of magic.
Map of Britannia -> Ice Wine - Said to be made by the rangers of Moonshade.
Rudyom's Wand - Lab apparatus - Ask around in Fawn and Moonshade.
Magebane -> Blue egg - Presumably came from a bird from the north.
Burst Arrows - > Hairbrush -> Made by the goblins that plague Monitor.

Stuff I did off-camera

Just did some training at the List Field (for Shamino and Dupre) and exchanged some currency with Devra at the Sleeping Bull; in addition to the usual currency trades, she buys gems for 25 Monetari apiece and gold nuggets for 10.  She also buys jewelry for 100 Monetari apiece if you have any.

We'll have to hold on to those gold bars a bit longer, though, as the only person who exchanges them for money is in Moonshade. 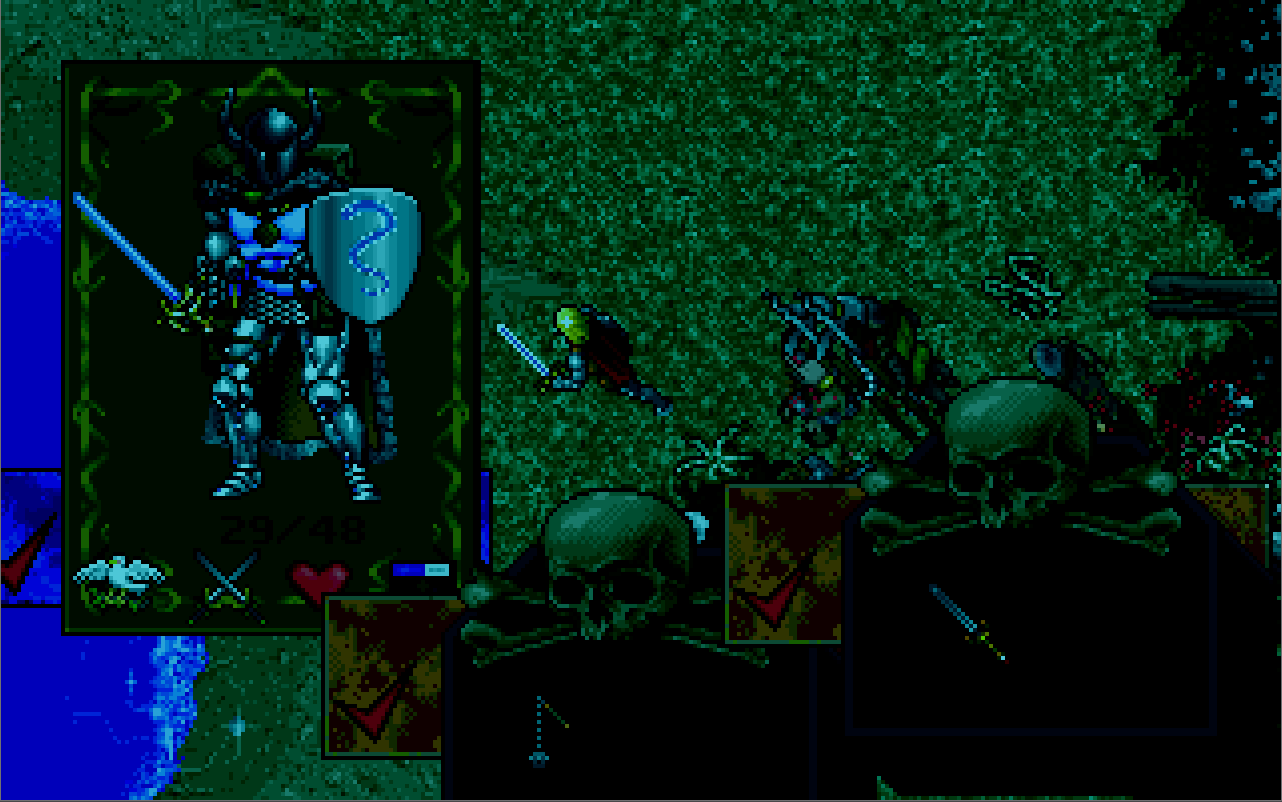 Oh, and I also remembered that one of Batlin's goons that attacks you at the bank has a Sword of Defense, so I went back and got it.