This was going to be a "wrap up a bunch of quests" video, but Serpent Isle's characters have a tendency to fuck off to parts unknown for long stretches of time, so I don't end up getting as much done on camera as I would have liked...

But at least we cure the Avatar's poison.


I'll document what I was attempting to do, anyway.


Talk to Harnna about the ring to get referred to Lucilla at the bar. 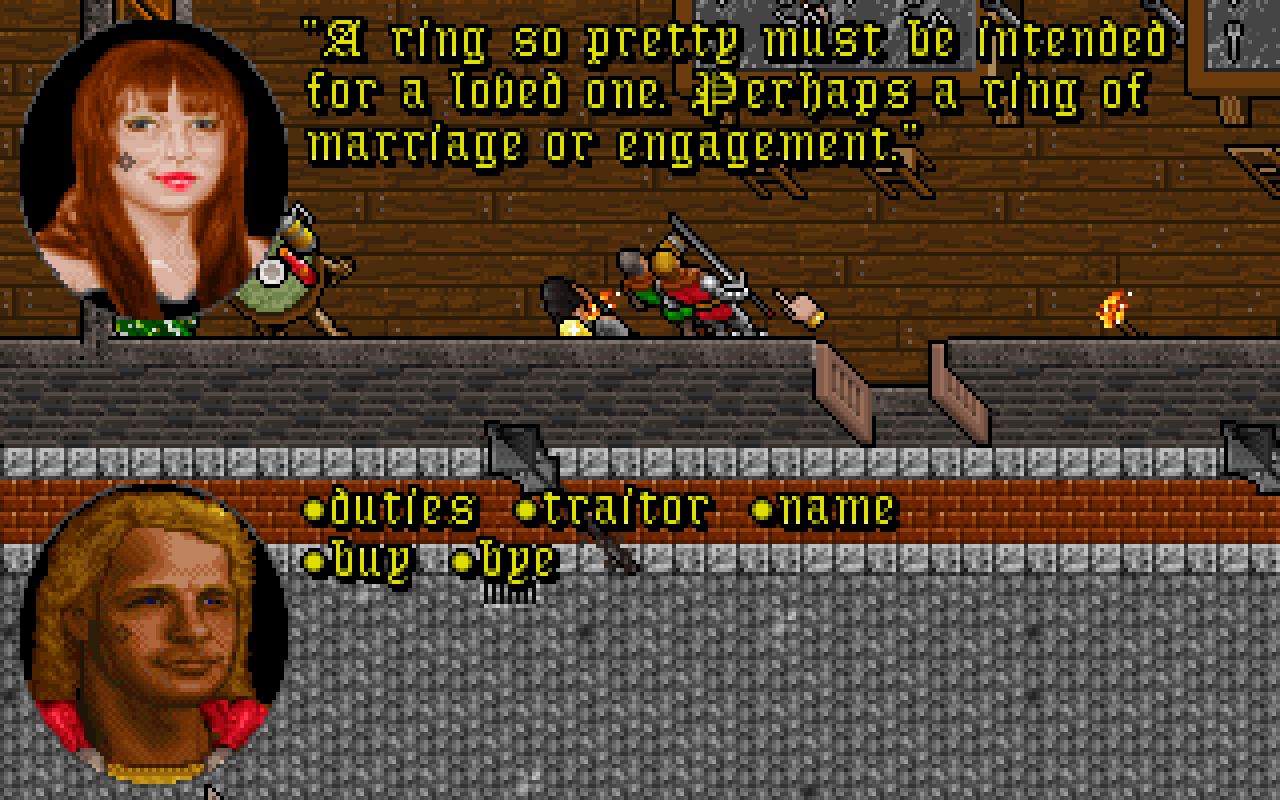 She'll mention Luther getting a "new shield" (hmm) and tell you that the ring appears to be an engagement ring. 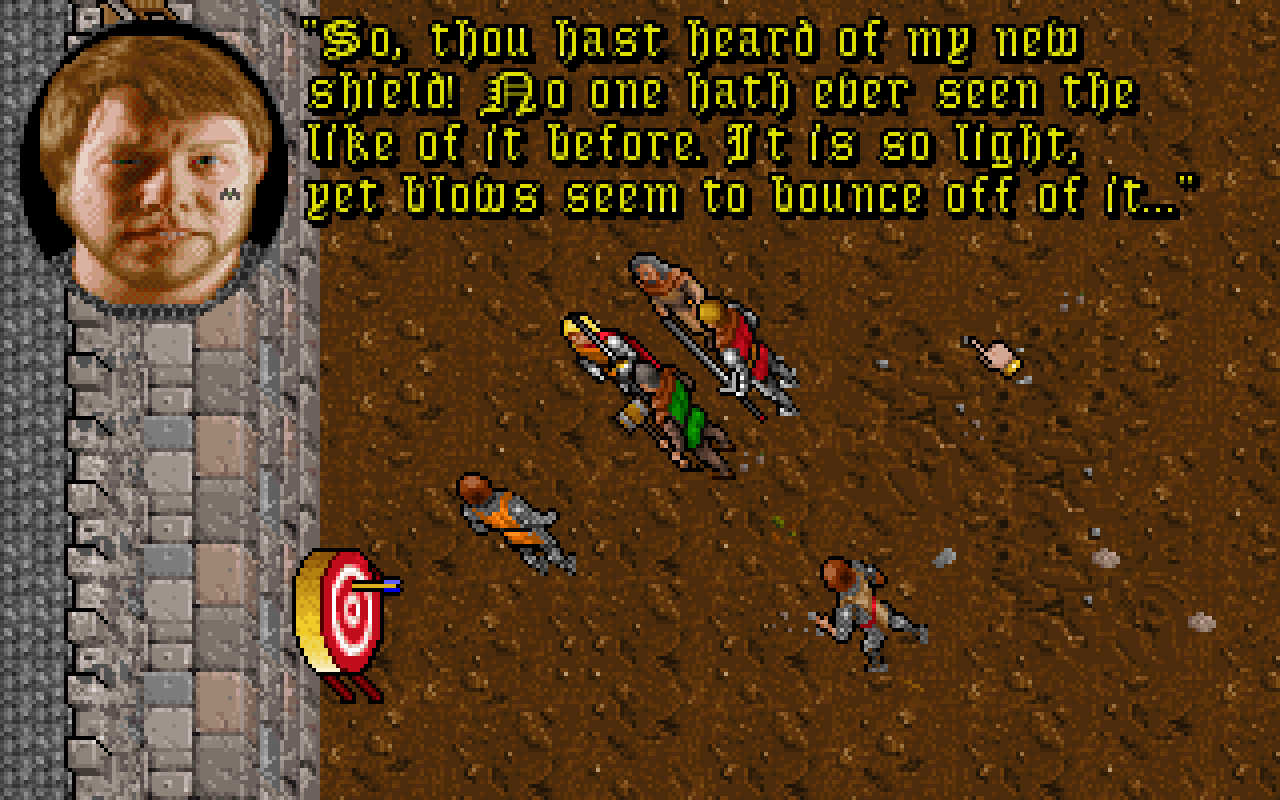 Talking to Luther about the shield will cause him to claim that it's a fairly heirloom and he'll refuse to return it.  Tell him Lucilla's feelings about him and he'll challenge you to a duel at the List Field.  If you manage to beat him in a training session (use the Halberd and have your strongest armor on for best results), he'll return Dupre's Shield and become much more friendly toward you.

(This can be difficult owing to his toughness and the fact that anyone else present tends to gang up on you as well.  Try to catch him there alone in the early hours of the day if you can...) 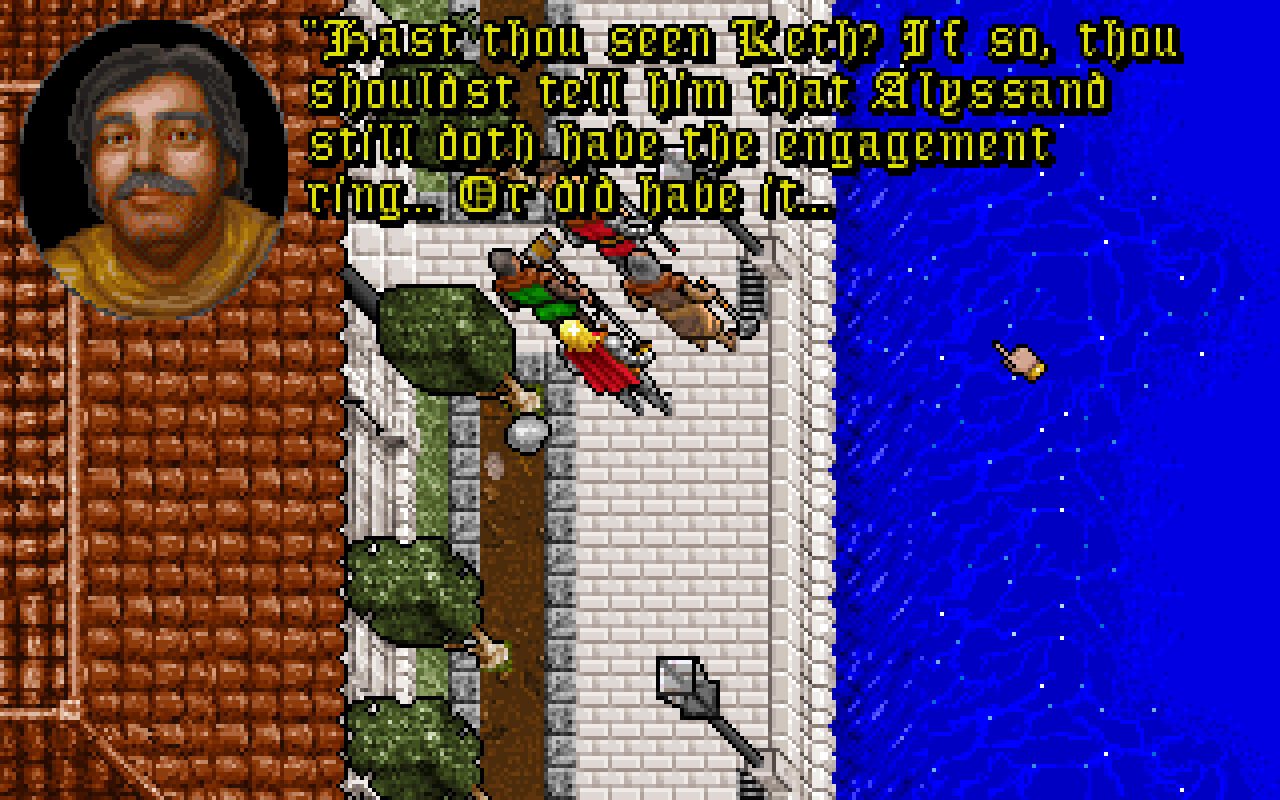 Once you arrive in Fawn, talk to Delin about the ring and he'll point you to his daughter, Alyssand.  Show her the ring and she'll give you your Magic Gauntlets back.

(He also has the torches we lost, if you want those back for some reason). 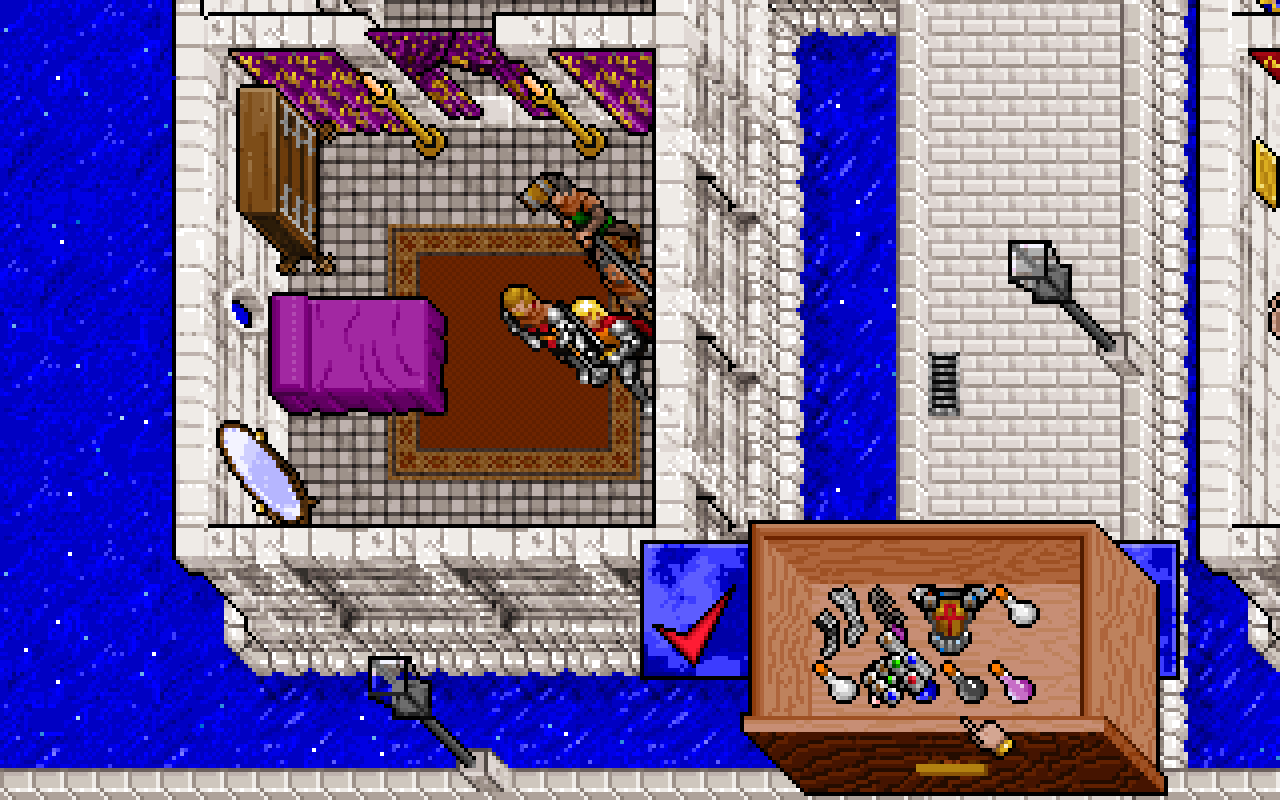 Talk to Kylista about the breastplate and she'll return your Magic Armor to get it back.  However, the breastplate is a rather nice piece of gear itself (being equal in protection to plate armor), so another option is to just go to her house and steal your magic armor back so you can keep both.

(I opted for this route, since I couldn't find the dialog trigger to get her to acknowledge the breastplate...)

The Black Sword -> Ruddy rock - ?
Spellbook -> Pumice piece - Krayg mentions the dungeon of Furnace, said to be an extremely hot place where rocks like this appear.
Magic Helm -> Fur cap - Frigidazzi in Moonshade is said to have had such a cap.
Blackrock Serpent -> Fine stockings - Unknown.
Glass sword -> Pinecone - Most likely came from the forests to the north.
Dagger -> Severed hand - Said to not be dead by Renfry, kept alive by some kind of magic.
Map of Britannia -> Ice Wine - Said to be made by the rangers of Moonshade.
Rudyom's Wand - Lab apparatus - Ask around in Fawn and Moonshade.
Magebane -> Blue egg - Presumably came from a bird from the north.
Swamp boots - > Slippers -> Ask around at the Sleeping Bull.
Burst Arrows - > Hairbrush -> Made by the goblins that plague Monitor.