We free the last two shrines then set out to get the Book of Prophecies translated.

And to get you caught up on what I was doing off-camera:

The quickest way I've found to earn gold (without massive Karma losses) is to venture into the dungeon beneath LB's castle.  You can get there via the ladder near Nystul's room and unlock the door via the "A" key found elsewhere in the castle. 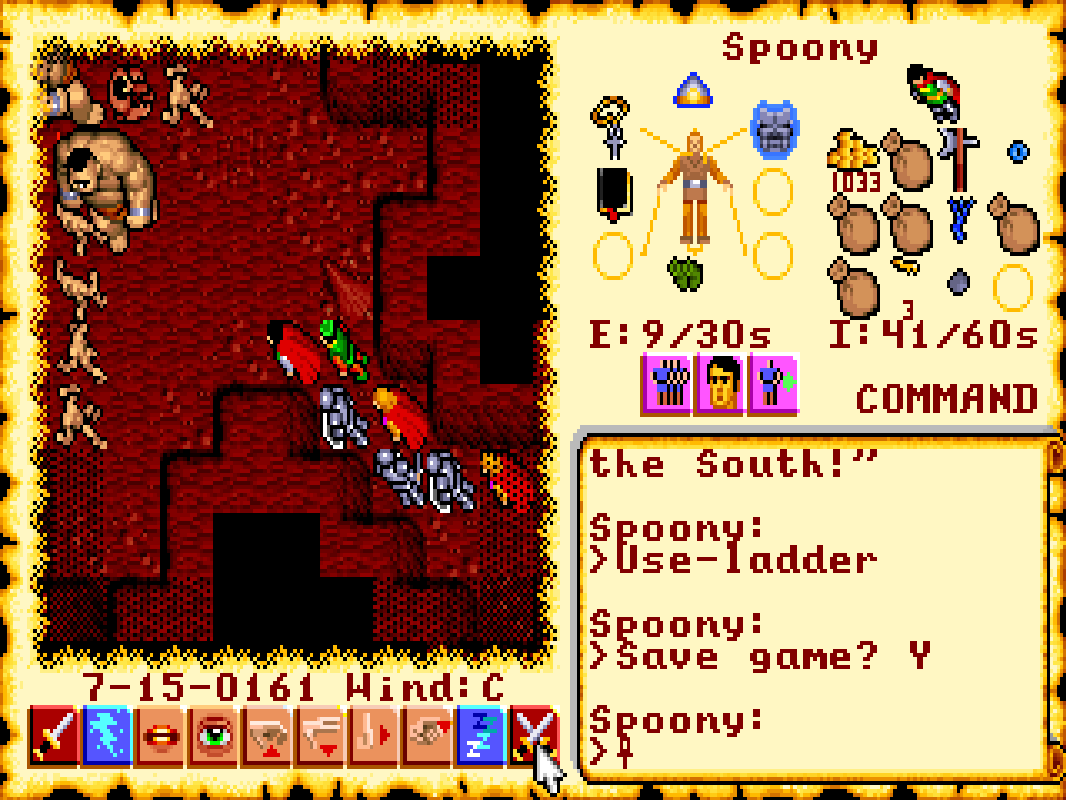 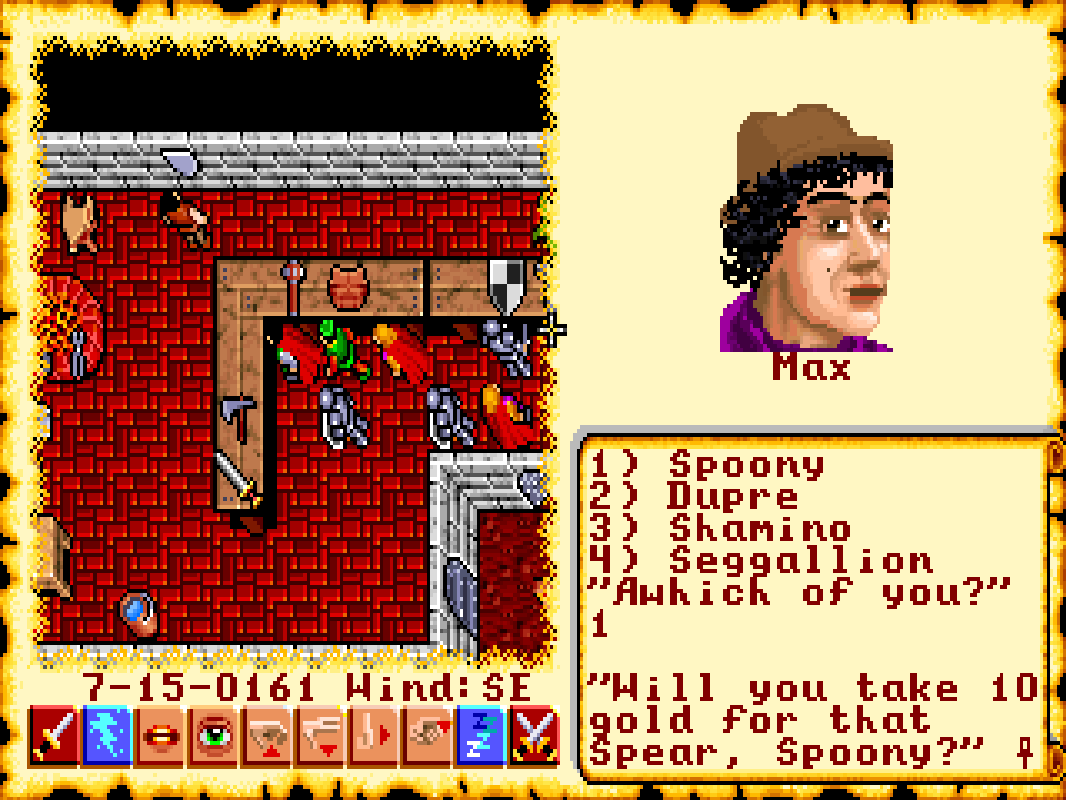 Down here, you can kill swarms of Headlesses and Cyclopes to earn spears, leather armor and gold, as well as the occasional iron helmet or bow.  These things can be sold at Britannia's provisioner for a good bit of cash (especially spears, since enemies tend to carry several of them). 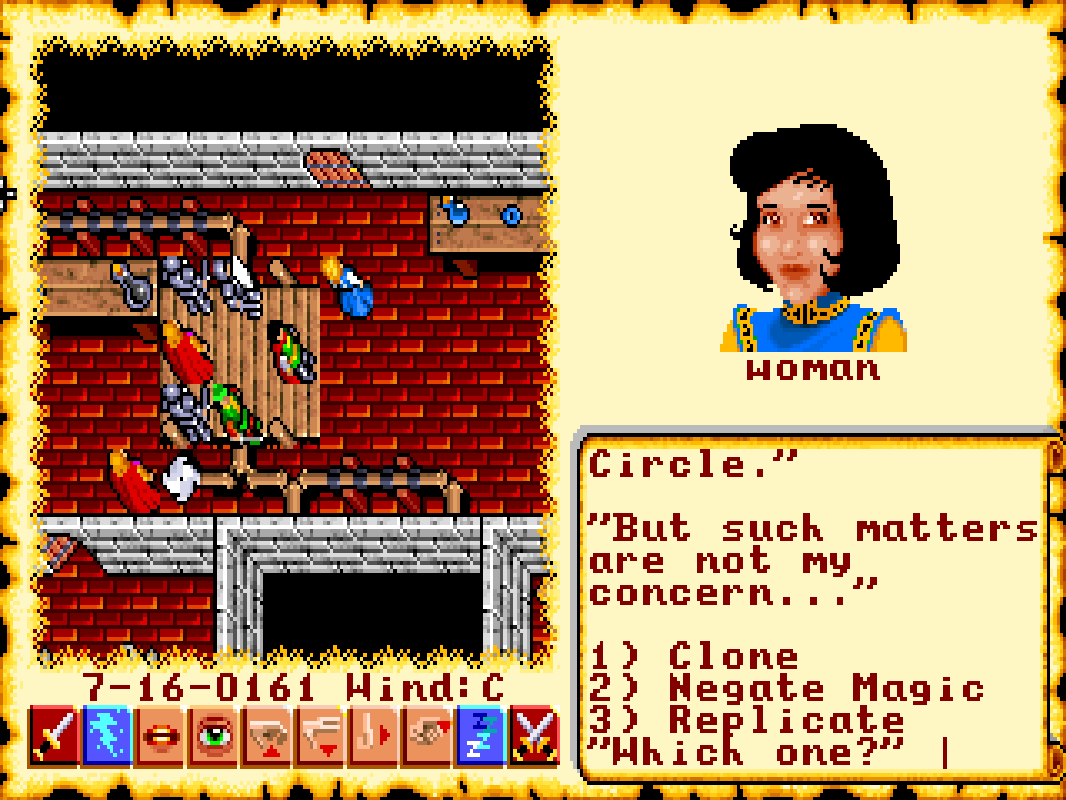 Once the Avatar reaches Level 6, you can then purchase the Animate and Clone spells from Xiao, who lives north of the Lycaeum.  These two spells are the key to completely breaking the game's economy.

(Be sure to grab Dispel Field too, as you'll need it later) 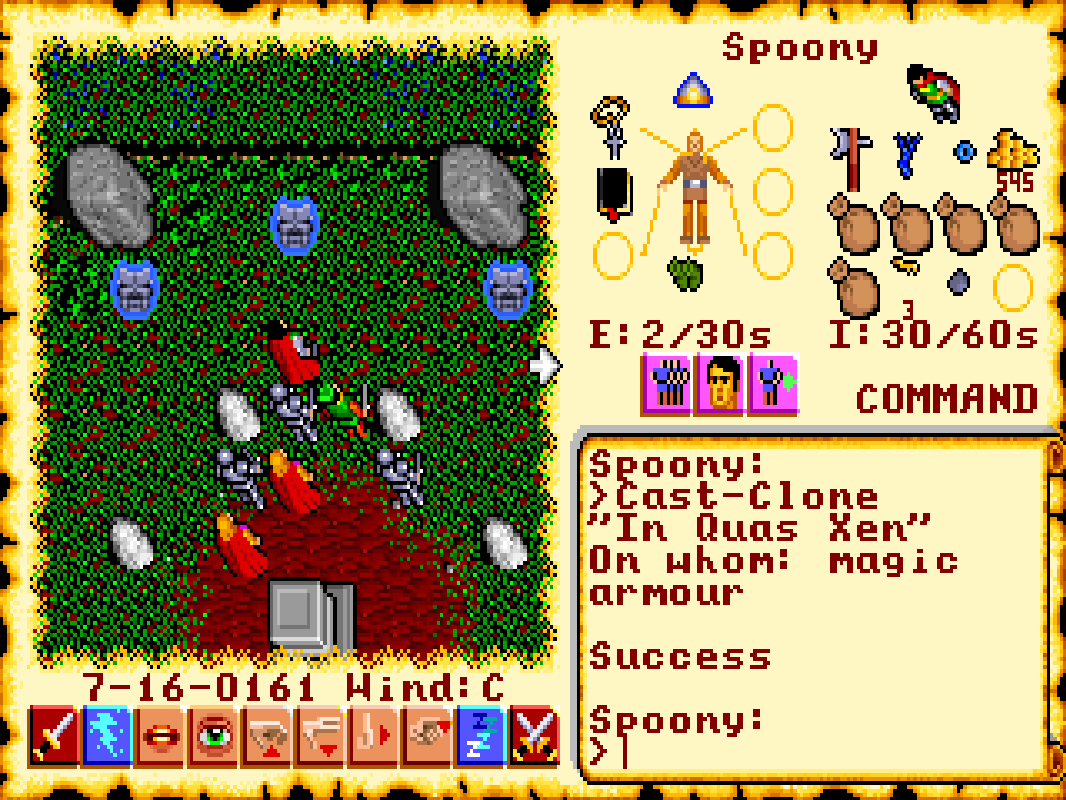 For you see, the Animate spell lets you bring life to any inanimate piece of equipment.  Since it's now considered "alive" by the game, you can then cast Clone on it to create duplicates.  Said duplicates can then be "killed" and will turn back into a normal item, which you can then sell. 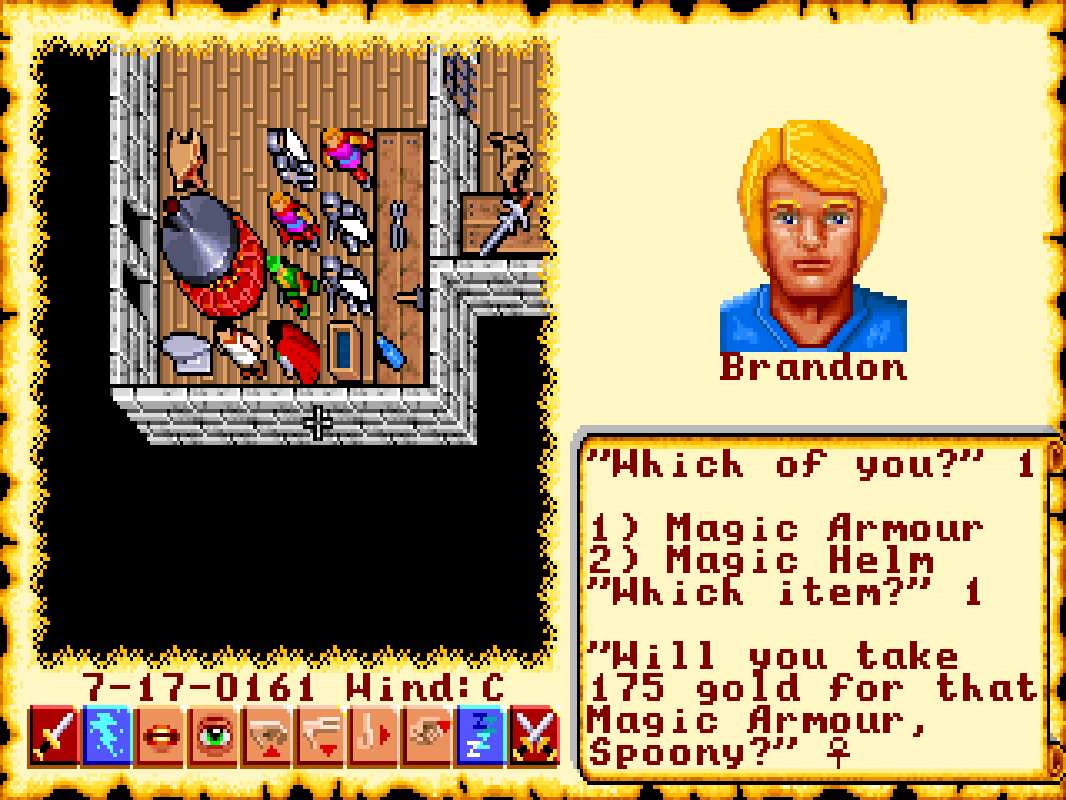 Doing this, you can buy a single Magic Armor or Magic Helmet, then duplicate it to completely deck out your party.  Any spares you create can then be sold off for a mountain of cash.  If you ever need more money, just clone a few more armors! 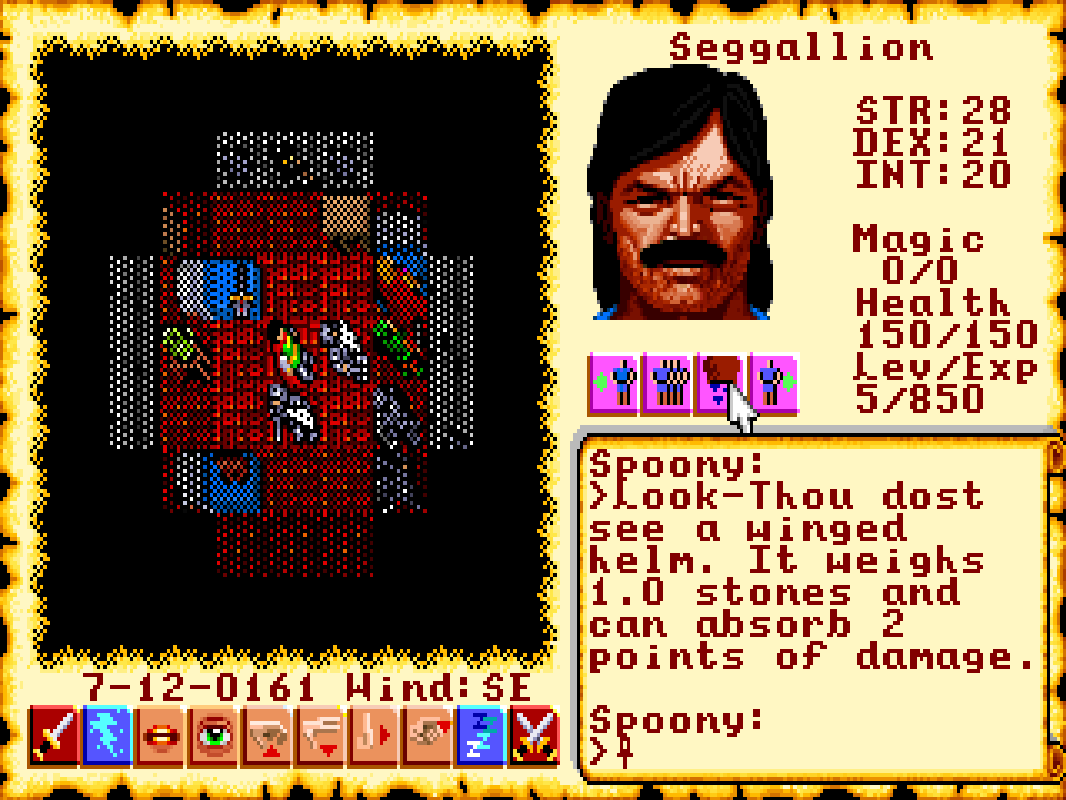 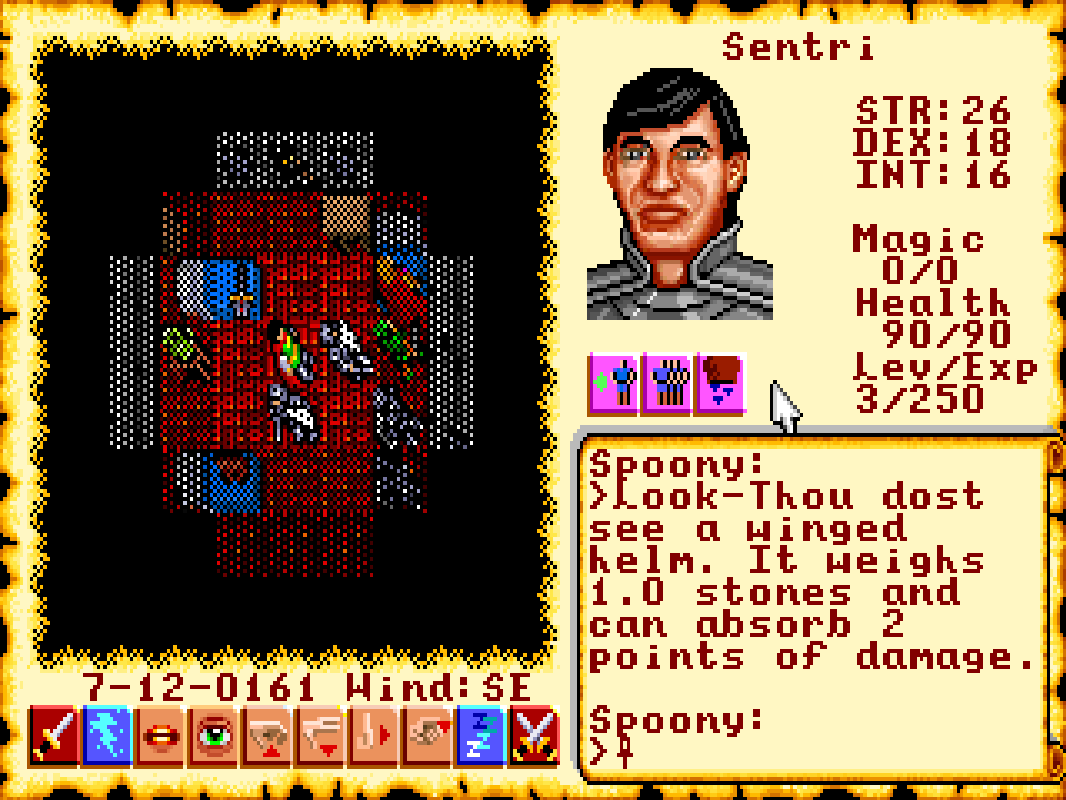 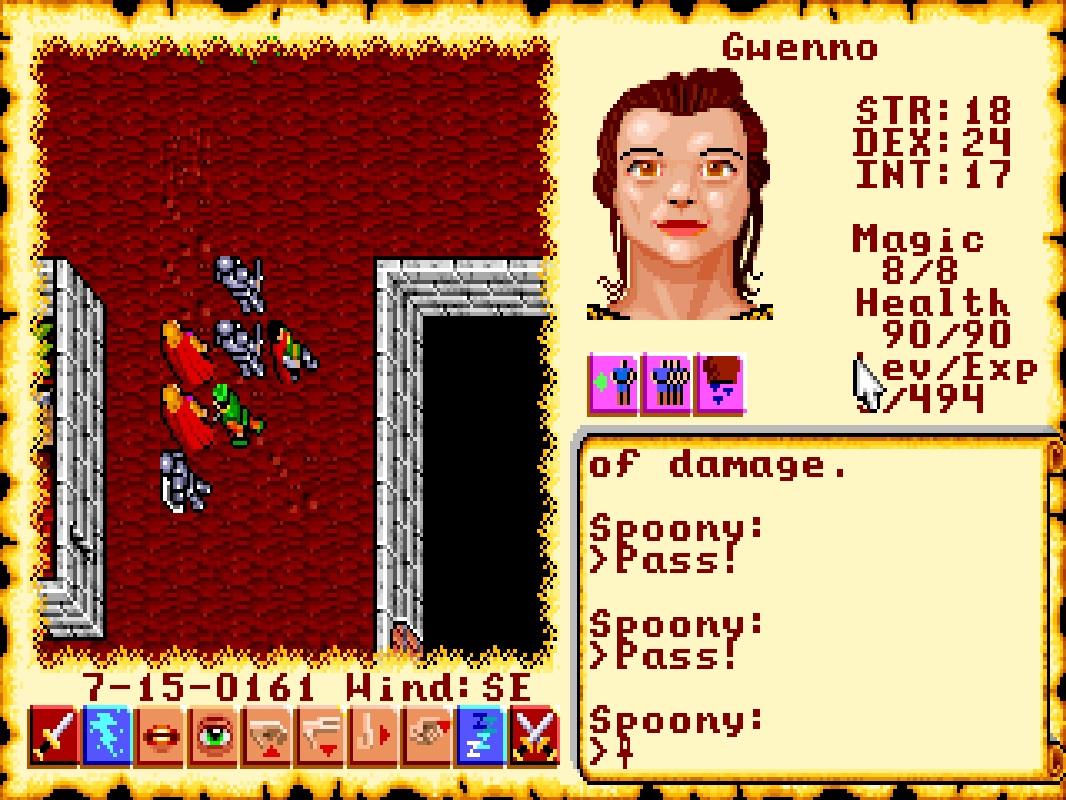 I also went ahead and recruited three more party members, namely Seggallion and Sentri in Serpent's Hold (two very powerful fighters) and Gwenno in Minoc (has good dexterity and is quite deadly with a bow).  Having her close at hand also means we don't have to go searching for her later...

Be sure to keep at least one spare Magic Armor, Magic Helmet and weapon around, and keep at least one party slot open.  We'll need those for a particular party member we'll pick up in our travels.  I would also recommend buying some swamp boots for every member of your party from Utomo in Yew so that you don't have to waste reagents dealing with the many poisonous patches throughout the land and in the dungeons...