Before you venture in, you'll want to recruit all eight characters from the various towns.  You must be at level eight in order to recruit all seven of them; if you're low on experience, go some place where enemies respawn (like outside the Shrine of Humility or any given dungeon room) and fight until you have 6400 experience.

Equipping everyone with Mystic Robes and the best ranged weapon they can equip wouldn't be a bad idea either.  If you need cash, you can sell your Mystic Swords for a pretty hefty sum (and go back and get more from Empath Abbey when you have exactly zero in your inventory).

The best ranged weapons are as follows. 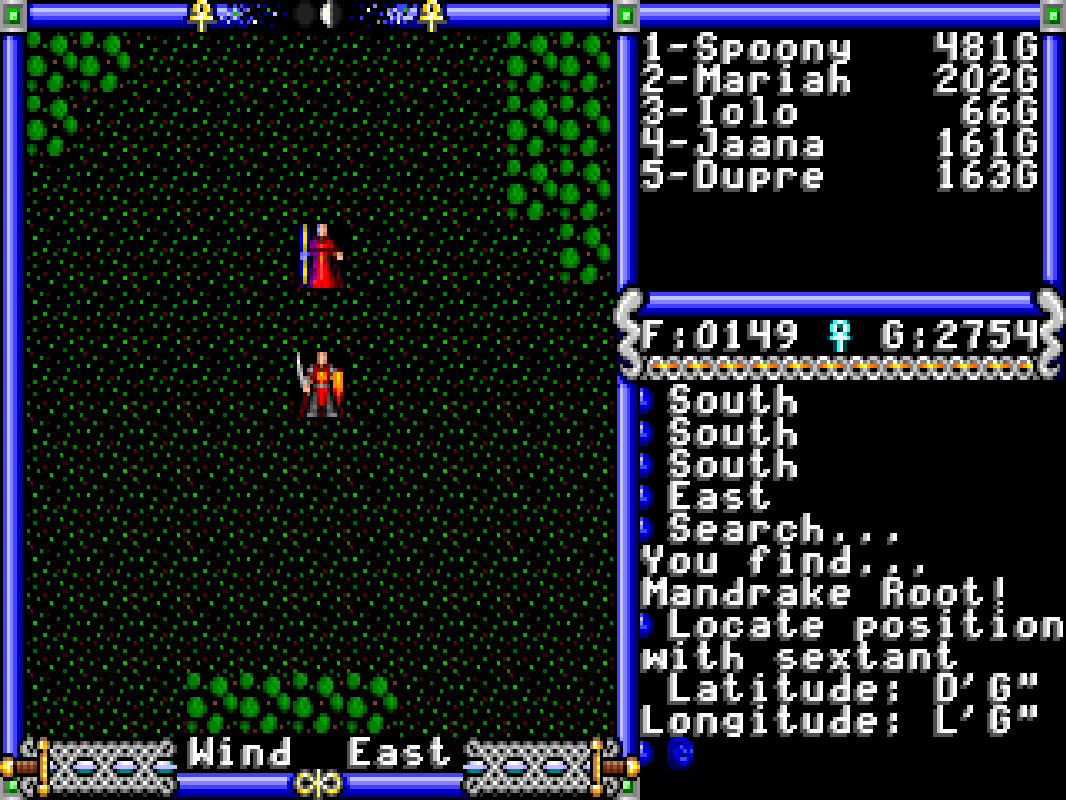 Getting some Mandrake Root and Nightshade would also be wise, as they enable casting of many of the most powerful spells in the game.  They can't be bought in any store, though; instead, you have to search at specific spots on the overworld map to find them.  Mandrake Root can be found at D'G" L'G" on two new moons (on a single tile of swamp south of Minoc), while Nightshade can be found at J'F" C'O" on two new moons.