Most Disappointing Games of 2022 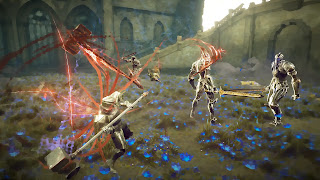 Continuing on with what I get no pleasure from calling "Platinum's Downward Slide Into Irrelevance", Babylon's Fall is one of their typical over-the-top action games, even going so far as to copy Bayonetta's awards systems each time you clear a wave of monsters.  So, what went wrong?  Well, how about the fact that it's online only (despite deceptive marketing implying that it would also be a single-player title), has no clear story direction, some downright ugly visuals, utterly boring level design (nondescript hallways full of the same two monsters, WOO!), and is packed to the brim with pay-to-win microtransaction bullshit on top of a $70 price tag.  That's pretty bad, but don't just take my word for it - less than two months after launch its player base was down to one person on Steam, and they've already announced that they're going to be shutting the game down in February of 2023 - less than a year after it launched.  That's just atrocious, man. 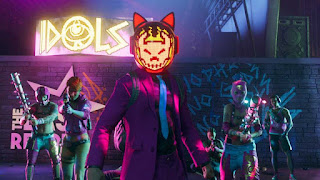 Saints Row gets a reboot after its future was thrown into question for a time with THQ's bankruptcy, but the way it came back was... less than stellar, to say the least.  Buggy and crash-prone for one, and doing away with the absurd, off the-wall humor that got me into the series with 3 and 4 in favor of something more "down to earth".  By which I mostly mean "cringey, irritating and not fun to sit through in the slightest."  It's a passable open world game beyond the awful characters and cutscenes, but... who cares.  There's plenty of better open world action experiences out there, so why settle for something mediocre?  Play one of the good ones! 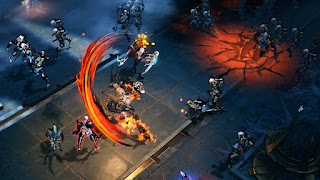 I've made no secret of my utter disdain for Diablo 3; in fact, to this day it's the only game I've ever shipped back to the publisher and gotten my money back for.  Blizzard's downward spiral has only continued since, with scummy business practices and a generally horrible office environment that eventually led to Microsoft attempting to buy out the company and oust Bobby Kotick.  Well, as one final "fuck you", the old guard at Blizzard pushed out this filth - another shitey dumbed down Diablo game, this time free-to-play and packed with scummy microtransactions, including having to play to earn premium lootboxes that give you a chance to earn rare items, but only if you shell out money on top of having to grind to get them for hours cuz Bobby needs that cash to fund the Russian assets in congress!  What a fucking farce.  And the game sucks too.
Stranger of Paradise: Final Fantasy Origin (Team Ninja, PS4/PS5/XBox One/XBox Series/PC) 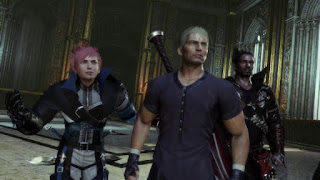 Oh boy, another one of these.  Grind, grind, grind, wrestle with an awful camera, asinine controls, jank physics and hit detection on par with an Atari Jaguar game, grind some more, win another platinum trophy for your gamer phrenology profile that nobody but you ever looks at, then spend 4000 times as long online circlejerking with a horde of malignant narcissist sociopaths over how awesome and supergenius and master race you are than you ever did playing the damn game.  It's bad enough that we have another of these cult brainwashing tools on shelves every three months anymore, but now they've taken it upon themselves to tarnish the legacy of a genre defining classic like Final Fantasy with Team Ninja's usual cringey edgelord bullshit and the same warmed-over gameplay that wasn't even remotely interesting back in 1994 and sure as shit isn't in 2022.  Good one, Squeenix; what's next, are you going to sink hundreds of millions of dollars hocking some other overhyped pump-and-dump scam that self-proclaimed genii get all gooey over?  Oh wait... you are.
Bayonetta 3 (PlatinumGames, Switch) 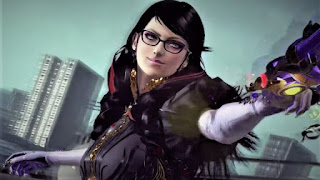 The long awaited third entry for Bayonetta came amidst voice actor drama and a lot of debate over the Switch being powerful enough to run such an intense action title.  Well, it does have the odd bit of lag here and there, but that doesn't inherently ruin a game for me.  What does is feeling absolutely terrible to play.  Your movement is loose and imprecise, and rather than the snappy, responsive fast-paced combat of the originals, combat is torn between two worlds - small-scale battles and giant monsters come at you simultaneously, with much more focus on the latter than the former.  To even up the odds you now have a mechanic called "demon slaves" - basically, what were big flashy finishers in previous titles now do the majority of the fighting, with huge, slow sweeping swings that really bog the action down, but are your only means of doing any real damage; your basic pistols and punches barely knock a sliver of health off even the smallest enemies.  Their answer to THIS blunder was to give Bayonetta herself all manner of huge melee weapons that not only leave you wide open while you swing them, but are so slow and clumsy that you miss what you aim at half the time anyways.  Add to that the crappy lockon system that always seems to focus on the furthest enemy from you, the aforementioned loose movement and jumping making platforming segments a nightmare, an incredibly un-fun secondary character to play as named Viola (whose summoned critter you can't even actively control; I cannot stress how obnoxious this is in a genre where precise inputs and flashy combos are the entire draw of the combat system) and a general lack of polish on the whole thing make this easily the worst of the trilogy.  The whole experience just feels sloppy and not playtested nearly enough; hell, you can't even hit waist-height boxes half the time in Jeanne's crappy minigame (a weird mish-mash of Elevator Action and Rolling Thunder... why?) because of her weird movement and all of her attacks aiming high for no good reason.  Bayonetta 1 and 2 are still fantastic action games that are incredibly satisfying to play, but 3 is just an endlessly frustrating chore to endure, and I can't recommend it to any fan in good conscience.