Most Disappointing Games of 2020 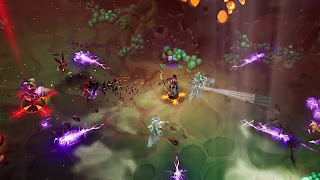 I'm a huge fan of the first two Torchlight games, and as it turns out, they followed in much the same path as Diablo - the original is a solid single-player experience while Torchlight II introduces a ton of improvements, amazing online play and some incredible player mods, and I honestly consider it one of the best action-RPGs of all time.  Alas, they couldn't break the curse of their parent franchise, as Torchlight III is a bland and mediocre third entry for the series.  Beginning life as an MMO spinoff, that fact is certainly still evident in the final product - enemy variety is much lower, skill trees are hugely dumbed down, areas you've already been through are re-generated each time you enter, and it just feels a lot more monotonous and less rewarding in general.  They did at least resist the urge to introduce microtransactions and a cash shop, but even without them, the fact that this mediocrity exists after two great games is just beyond belief.  Stick to the first two and leave this one in the dust. 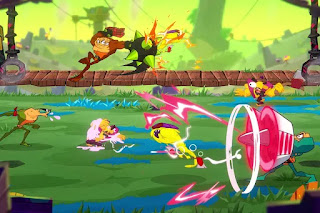 The controversial, frequently-memed Battletoads returns after decades of absence, though not in the way anyone hoped it would.  While the original games had some beat-em-up stages, they also put a lot of emphasis on obstacle courses, and while they were always punishingly tough, the game was nonetheless a very charming one because of its polished design and impressive visuals for the era.  This one, however, is a mediocre beat-em-up with an ill-fitting cartoony style that looks like a second rate Cartoon Network show nobody remembers.  Enemies take far too long to bring down, your hits lack any real impact, and it just feels like a clunky beta rather than a finished product.  But the thing that really sunk it for me was the humor, which tries way too hard and mostly just comes off as annoying.  Stick to the classics on Rare Replay and skip this turd. Superhot was a pretty slick action-puzzle game with a creative gimmick - that time slows to a crawl unless you move - but it drew criticism for being too short.  Its standalone expansion, Mind Control Delete, is longer, but not better.  You gradually unlock new powers and earn a random shuffle of them for each set of stages, but that only helps to a point.  New abilities or not, you're just doing the same thing over and over again in the same half dozen levels and it gets to be extremely tedious before long.  Yet another testament to the fact that a short, good game is always better than a long game that gives you nothing fresh or interesting to do. 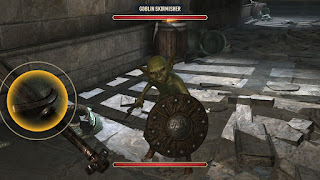 Did you even know there was a new Elder Scrolls game in 2020?  I didn't until I saw a WhatCulture article mentioning it, and guess what - they didn't have too many positive words.  It's like even Bethesda was ashamed of the game and tried to bury it, and upon playing a bit, I can certainly see why - it's a low quality pay-to-win mobile game.  You walk linear paths, fight in an extremely monotonous combat system that consists of little more than spamming one move again and again, and earn resources to rebuild your castle and staff it, and that's... about it, honestly.  It's just Skyrim with lootboxes and a cash shop and pretty much everything else stripped out or dumbed down to the point of inanity, and I don't really know why anyone would pick this up over any of the others in the series unless they simply don't know any better.  I get that people are getting impatient because Elder Scrolls 6 has been in the works a long time and you've got that whole Microsoft buyout complicating things, but this is not how you tide people over.  Better luck next time, Todd.
Puyo Puyo Tetris 2 (Sonic Team, PC/PS4/PS5/XBone/XS/Switch) 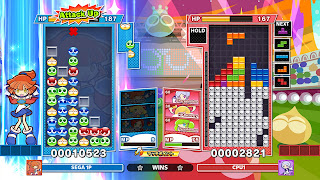 I was a big fan of the original Puyo Puyo Tetris, and this one is mostly more of the same, with most of the same modes that let you switch between both games, pit one against the other or even have both tetrominoes and puyos in the same field.  So what went wrong enough to get me to put it on this list?  Well, how about a combination of god-awful computer AI in the campaign (I'm not at all being hyperbolic when I say I was better at Puyo Puyo and Tetris when my age was a single digit) and an ill-conceived and ill-named addition called "Skill Mode".  Basically a combination of Puyo Puyo, Tetris, a Gacha game and shoehorned RPG elements, it's a poorly-planned mess.  You no longer win by filling the screen, but doing combos to deplete your opponent's HP bar - and one good chain will usually do just that while leaving them no chance to recover.  Moreover, you level up with each (extremely easy) victory and only make your attacks even more effective, and it was all too soon before I defeated every single opponent I faced with one Tetris or two double-line clears (kind of a problem in the single player campaign when you have to get a set score to get maximum rank on a stage).  Oh, and if you preorder, you get some ridiculously overpowered Sonic-themed items too, which only gives it an unpleasant pay-to-win vibe.  The non-Event-and-Story game modes are still fine, but the new content totally sucks.  Because of that, there's little reason to buy this one over the original other than maybe morbid curiosity.  If you want a puzzle game with RPG elements done well, then just go get Puzzle Quest instead; it's on just about every platform and it's great.
[REDACTED] ([STUDIO REDACTED], PC/PS4/Xbone) 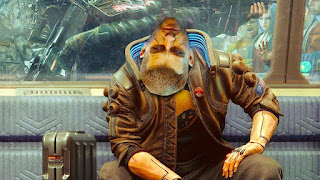 This review has been postponed indefinitely.