A game I've written about too many times to count, but it can't be stated enough how much of an influential, important and unique game it is.  Unlike most RPG, your goal isn't to overcome some great evil, but rather to undergo a journey to better yourself, recover the Codex of Ultimate Wisdom and ultimately become a shining example to an entire world's populace.  To that end, you must embrace and embody all eight of the virtues - Valor, Honesty, Compassion, Honor, Sacrifice, Justice, Spirituality and Humility, and this is as much a part of how you interact with people as how you solve puzzles and complete dungeons.  Stealing, killing non-evil creatures, telling lies and speaking proudly are all contrary to this goal, and may even force you to redo part of the quest depending how far along you are.  Its interface very much that of an old-style DOS RPG (using every letter on the keyboard for something) and its visuals and sound design minimal, but the sheer thought put into its design, and the uniqueness of it all, make it one of the best RPGs ever made to this day.  And since it was released as freeware by its publisher, you really have no excuse not to play it if you're a serious RPG fan. 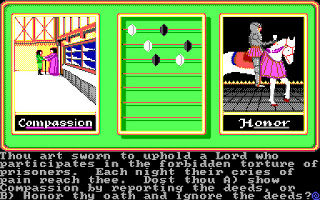 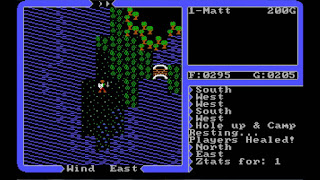