Becoming Nerevarine through violence is a loosely acceptable solution

Also of note is the Indalen Ancestral Tomb, just northeast of Caldera.  This area has four random Daedric enemies spawn based on the player's level; at 25 and above these can include the all-powerful Golden Saints.  They're handy for not just their souls, but the fact that they may randomly have a Daedric Tower Shield (which is the single best item in the game to enchant).  I went ahead and got one, as well as a Daedric Katana (from a randomly spawned Dremora), and enchanted both: 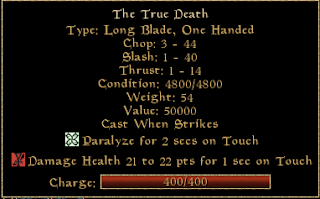 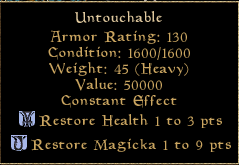