A top-down shoot-em-up inspired by the likes of Zanac, MUSHA and other Compile games, Tyrian is quite a sight to see. There are a number of different game modes, with the primary focus being on its story mode where one collects points to buy upgrades and uncovers new story seents by collecting Data Cubes from specific enemies. There is a more traditional arcade mode too, with power ups being found in the field, and even bonuses like a Super Tyrian mode where one can input Street Fighter styled sequences of buttons to do special moves and a hidden artillery combat minigame reminiscent of Scorched Earth. There is a lot here for action game fans, and since the game is now freeware, it's definitely worth getting. 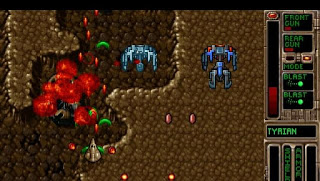 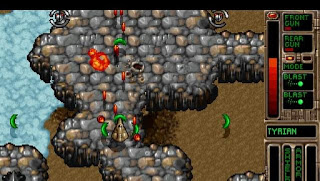