Wolfenstein and Doom took the world by storm in the early 1990s, spawning countless imitators trying get their own slice of the pie.  But they were largely a computers-only thing, since consoles of the time weren't really cut out for rendering 3D spaces in real-time and still playing well.  Not that there weren't those who tried, of course - Wolfenstein and Doom alike both had SNES ports, games like Jurassic Park on the SNES tried to make FPS segments work (and they did, albeit with a very low framerate), the Jaguar had a highly-acclaimed attempt with Alien VS Predator, and the Genesis had a few attempts of its own too.

Arguably the most successful of these was Zero Tolerance, developed by Technopop and published in 1994 by Accolade.  While obviously hampered by technological limitations, and as a result having a limited viewport and low framerate, the game had quite a lot to offer.  Forty stages, five playable characters with differing abilities (from doing more damage in hand-to-hand combat to getting double effect from healing packs) and the ability to duck, strafe and jump to evade foes.  An attempt was even made to implement a two-player co-op function through somewhat unorthodox means - two systems must be wired together via a special cable that was only available via mail order.  An interesting piece of history and still a strangely fun game in spite of its limitations, Zero Tolerance is definitely worth a look for any fan of the genre.  And since its developers have released it as freeware, now you can! 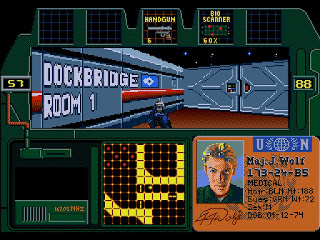 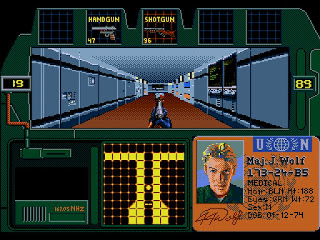 Released alongside it was a beta for its planned but cancelled sequel, Beyond Zero Tolerance, which would have had a new team of protagonists take the fight to the aliens' homeworld.  It is significantly tougher to play, with the minimap not being filled in automatically and some spotty hit detection, but the latter is more than likely the result of its incomplete state.  That said, it is at least an interesting piece of history that's worth a look. 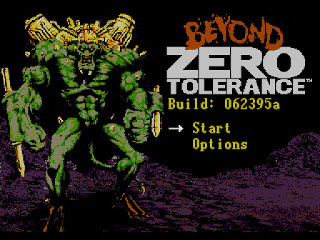 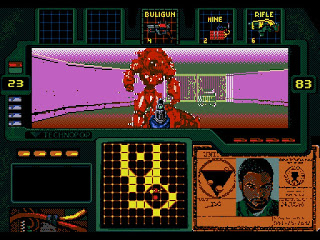