A revival of an old idea I had, as well as an attempt to give this site something more to see than just Twitch VODs and the odd top list.  So stop by here on Fridays and you might just find a cool free game or two you can play.  These aren't really going to be full reviews or anything; just a quick look and a link or two. 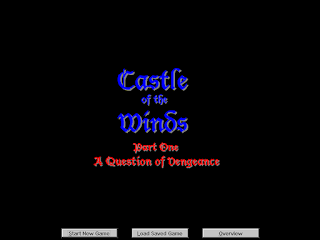 Today's is a personal favorite; a Windows 3.1 RPG with minimal graphics, but plenty of charm in its presentation, UI and writing.  It's Castle of the Winds, released in 1993 by Saadasoft and released as freeware by its author in recent years.  Featuring randomly generated dungeons, traps, magical items, all sorts of cool monsters and deadly traps... basically, if you like old school dungeon crawlers and MSPaint graphics, you'll have a lot of fun with this one.  Though if you're running a modern version of Windows, you'll probably need a virtual machine of some description (or need to set up Windows 3.1 in DOSBox) to run it. 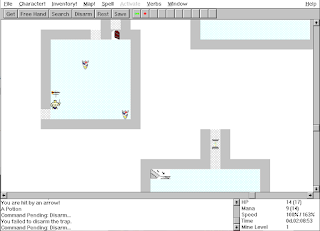 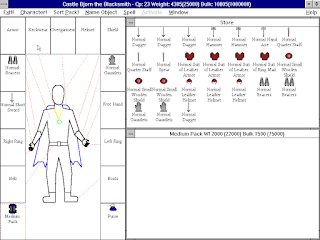