By your powers combined, I am Captain Planet!

A few things I did off-camera: 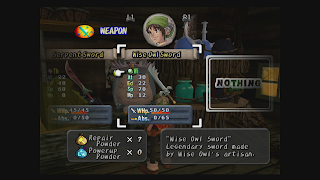 Went ahead and purchased the Wise Owl sword since it's pretty solid and only three upgrades away from the penultimate weapon in the game. 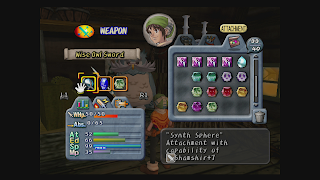 I turned my Shamshir into a Synthsphere to give it a major boost; now I'm one-shotting almost every enemy in the woods. 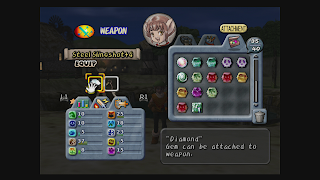 Got enough points via fishing to get a Diamond, which boosts your anti-metal attribute by 10 and all other attributes by 5.  Very handy.  That was also enough to upgrade Xiao's Steel Slingshot to a tier 2 weapon, the Hardshooter.

I also absentmindedly went ahead to floor 9 of the Wise Owl Forest, which results in another QTE.  However, I did get a perfect on it.  As a reward for doing that, the game gives you a random gem. I got a Pearl in this case.

If you're a perfectionist, you'll probably want to do this for every QTE that comes along.  You'll also want to save before you use any defense-boosting items, as they give a random bonus between 5-7 points.