We enter the Stygian Abyss through a plot hole and then prepare to embark on the last leg of our journey as the Avatar.

A small remnant of the original plot remains in the Pyros FMV: 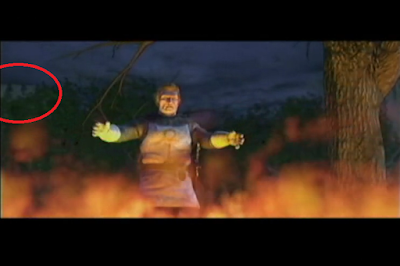 You can spot LB's castle in the background during one shot.

That's because in the original script this FMV was supposed to be a nightmare shown to him by the Guardian, and he'd watch the scene unfold from his castle balcony.  The final version of the FMV covers most of the castle with clouds and trees, but for this shot they missed a bit.  It goes by pretty quickly though, so you probably wouldn't notice it anyway unless you were specifically looking for it.

The Ultima Codex also holds some more info and screenshots of the recut and unused FMVs originally intended for the game.