We find ourselves restoring the eight Virtues because they've been corrupted by the Guardian, or something.  It's kinda cheesy and lame. 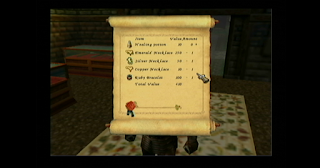 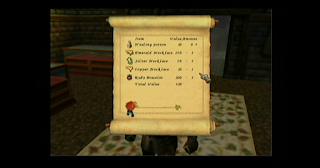 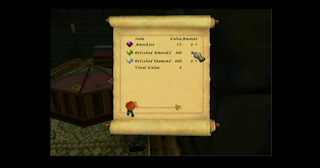 As you can see, Ultima's economy is kind of broken.  One diamond is worth about a dozen swords...


There are also a couple of sub-quests you can do before moving on.  One you can start is the lighthouse quest, which takes a sizable portion of the game to complete.  It requires you to find the three lighthouse gems, get them cut at the jewelers and return them to the three lighthouses.  I won't be doing that one, however, because the reward is only a piddly 100 gold. 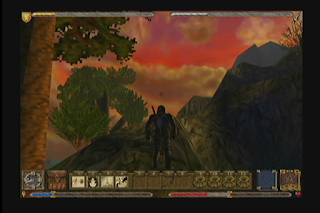 On the way to Paws, you'd doubtless notice the burning house with the kid trapped inside; he tells you that his mother has been kidnapped by bandits.  Hop up the mountains to the west of his house and cross the bridge to a small ledge, where you'll find three bandits (including one who wields a staff).  Take them down and talk to the woman will thank you.

Examine the nearby book to learn about their treasure cache.  To find it, cross back over the bridge and follow this path up to a snowy area. 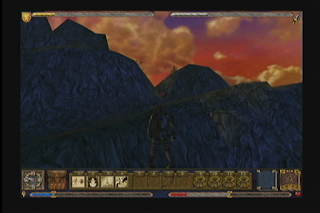 Once you're up there, look along the south wall for a cave.  Enter and you'll find several chests containing jewelry and gold, which you can sell back in Britain for a tidy profit. 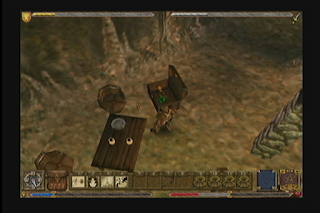 Talking to the lady in the southeast end of Paws reveals that the well valve has gone missing.  Search the troll's cave near the bridge to find it, then just pop it into the slot. 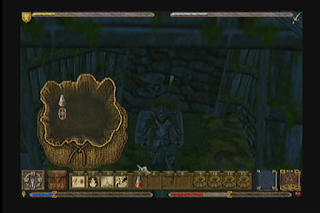 You don't gain any money or anything, but you do get a Karma boost.  Plus it only takes a minute or two, so you might as well go for it.