We meet up with Batlin again at last, then pursue him to the frozen north...

One artifact of the game's unfinished state are the double gold doors on the east end of Skullcrusher, which can never be opened under any circumstances (short of cheating).  There isn't much to see behind them, though, aside from a curious book that I don't believe appears anywhere else in the game: 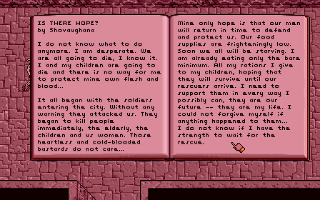 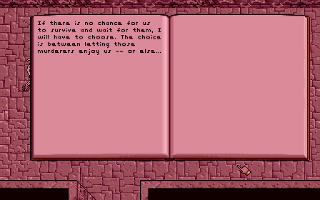 A full map of the area beyond the golden doors. 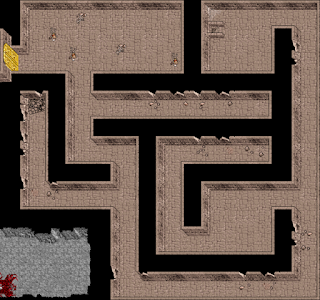 (Thanks to TCRF for the image!)

There are a few functional traps in the halls, but no enemies.  The staircase deposits you in the ocean in the upper-left corner of the map.  Apparently there was supposed to be an extra layer to this dungeon but they never had a chance to get started on it... 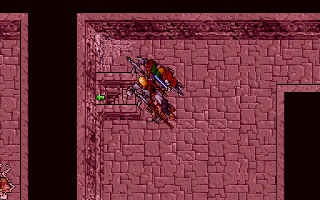 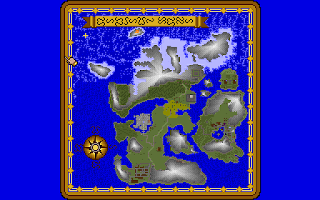 In the cave leading to the northern reaches, you may also have happened upon a note written by Gannt the Bard, asking you to avenge his death at the hands of Captain Stokes.  His tower can be found in the woods north of Monitor, at coordinates 77 South by 28 West. 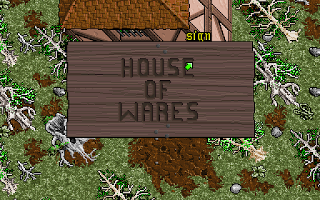 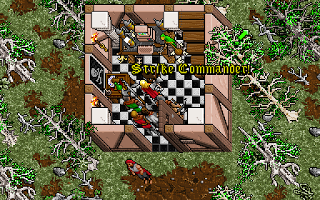 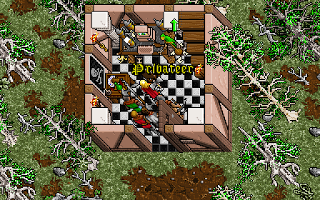 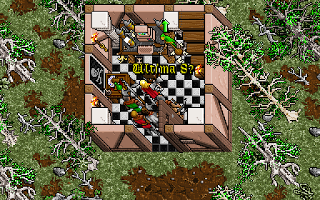 It turns out he's not a pirate in the "high seas" sense (though he does have that sprite), but a software pirate who is illegally copying several of Origin's games!  You can kill him if you wish to get a Lightning Whip and a few other goodies from his tower.