Much ado in the town of Moonshade.


Ah yes, and one important thing I neglected to show on camera: 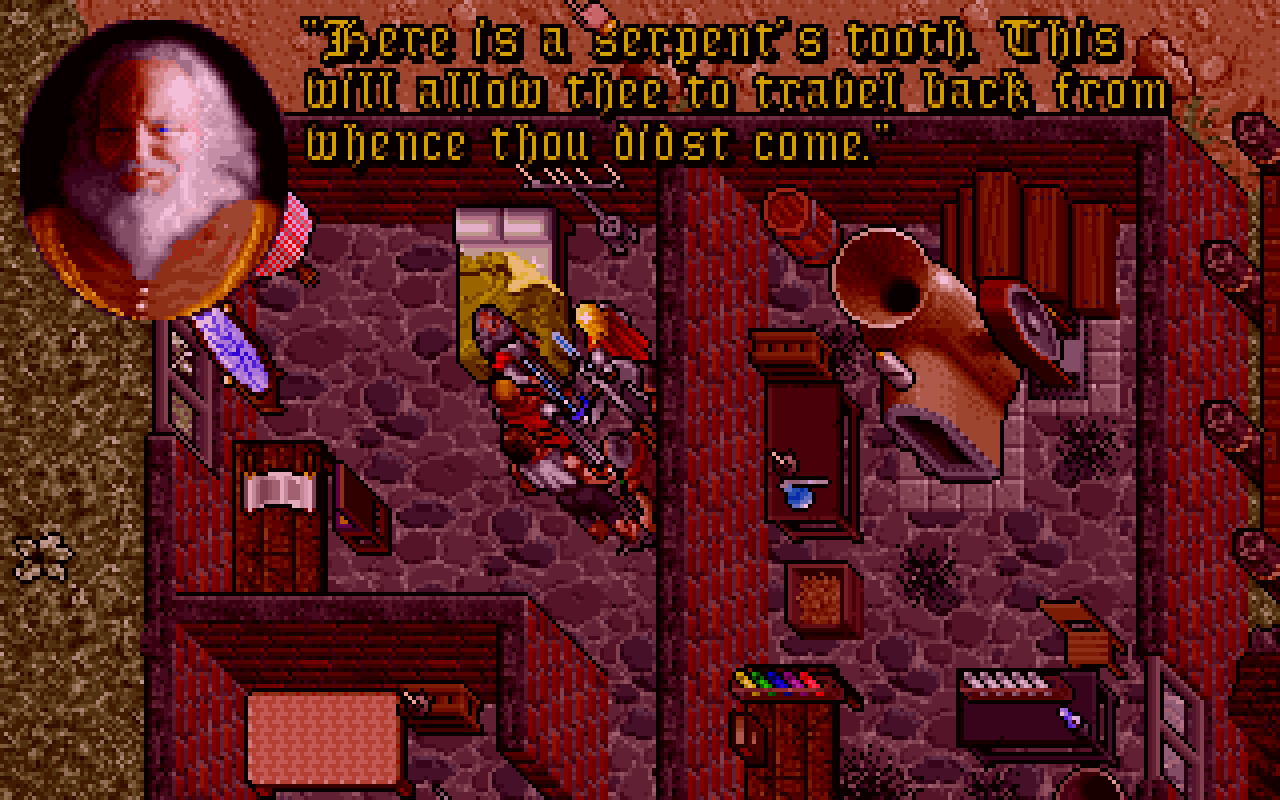 Once you've got the Serpent Jawbone, talk to Erstam and he'll give you two more teeth for it.  Each tooth opens up one of the gates on the Dark Path when placed in the jawbone, and each gate takes you to a connecting Serpent Gate somewhere on Serpent Isle.  Some areas can't be reached in any other way (short of cheating) so when you find a tooth, be sure to put it on the Jawbone right away so you don't lose it! 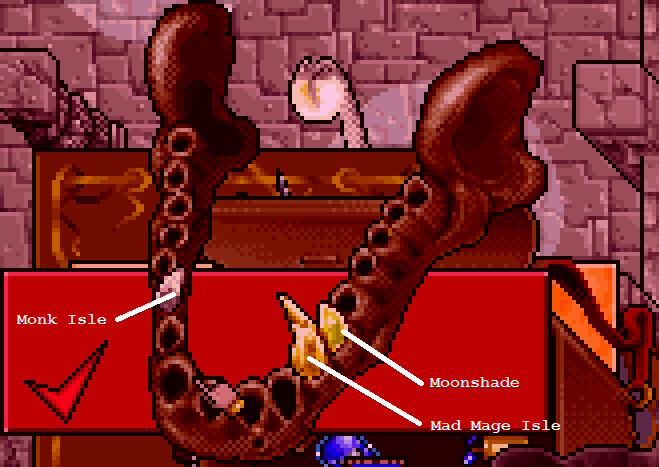 A well-known hidden area in the game, akin to the Trinsic cheat room in Ultima VII in that it contains not only a treasure trove of equipment, spells and reagents, but many plot-essential items as well.  As such, visiting here is considered "cheating" and should only be done for entertainment value.