In which we fruitlessly attempt to find Liz and Abe for a while, then give up on that and decide to advance the plot a bit.

Lots of it this time.  We learned what became of Nastassia's father from the Emps, and we might as well do the Vesper and Terfin stuff since there's no real reason for us to visit there again.  Yew also has a couple of small quests in store, and since we're in that general area...

First of all, here's the payoff for returning to Nastassia with news of her father's fate. 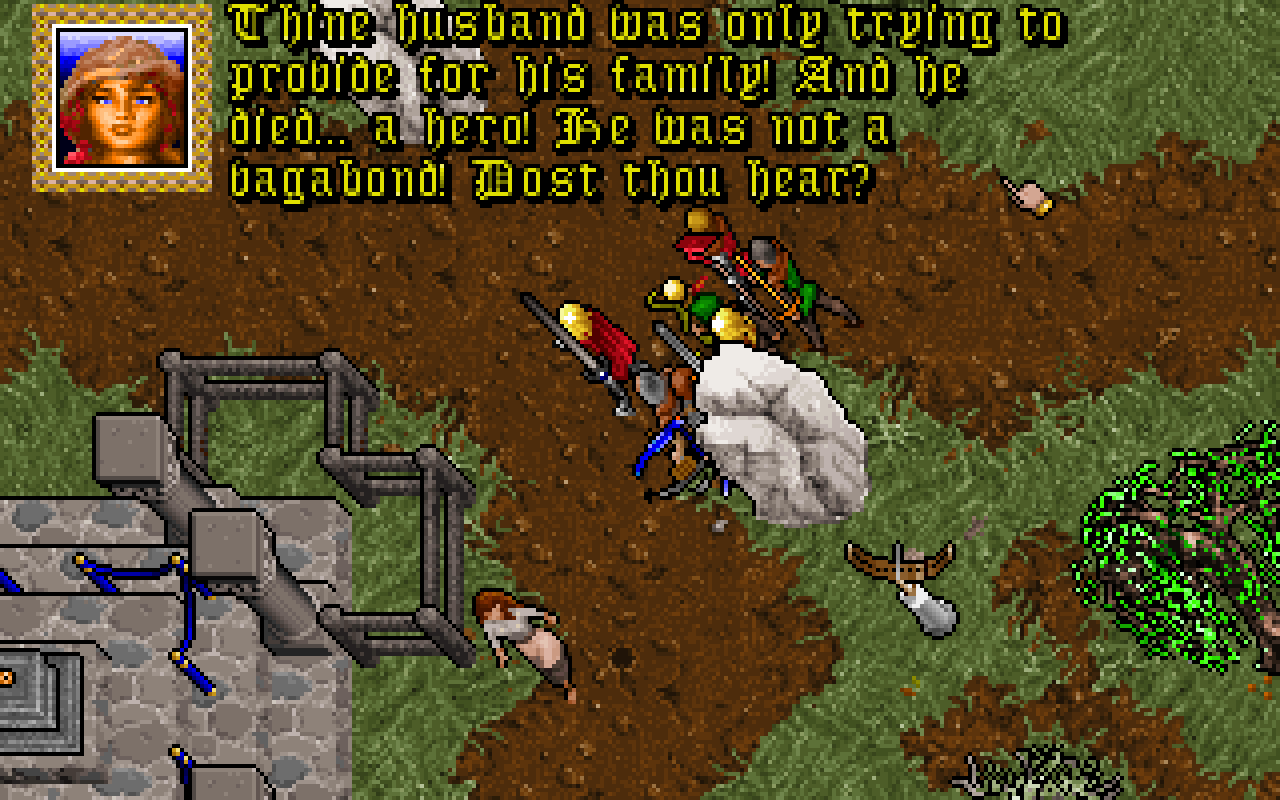 That also earns everyone in your party 25 experience.

There are two small subplots to deal with in Vesper as well. 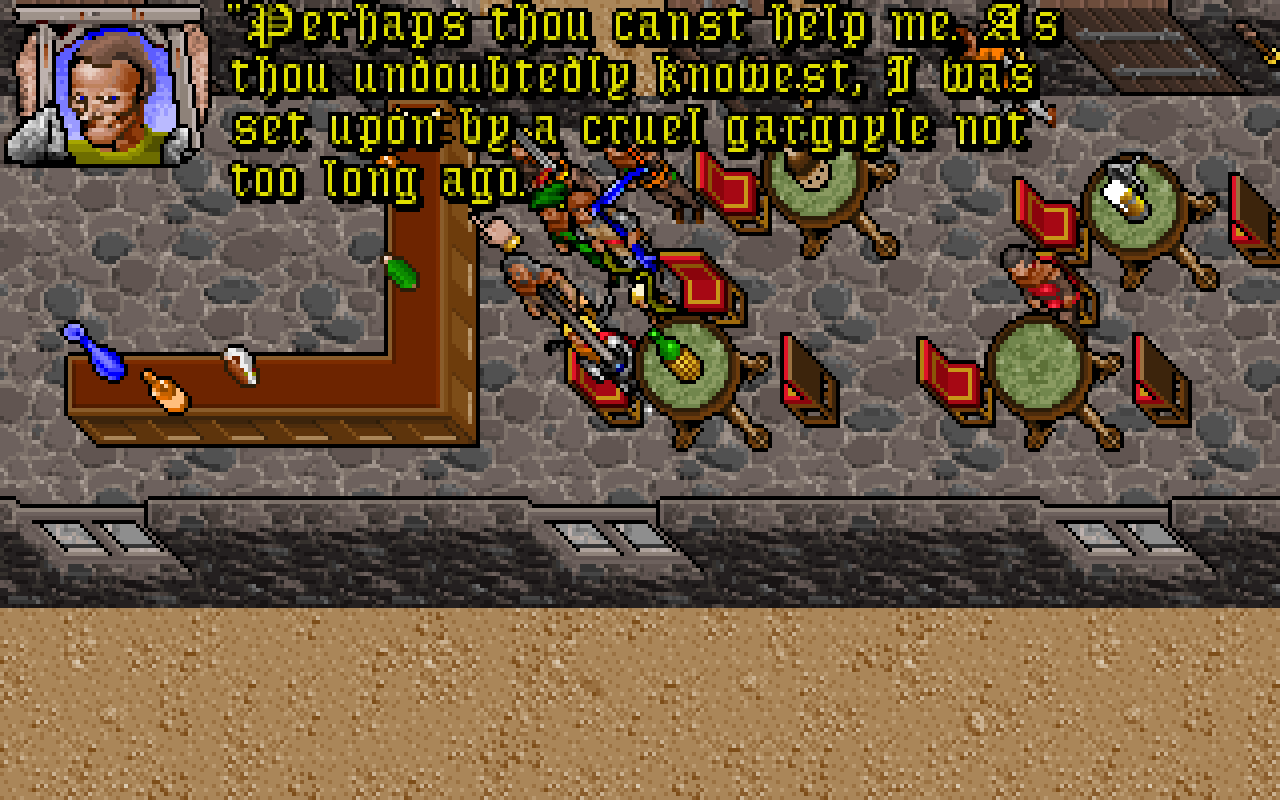 Talking to the tavern owner will earn you some info about Blorn, an avid Gargoyle hater.  Talk to him about it and he'll state that one of them, Lap-Lem attacked him. 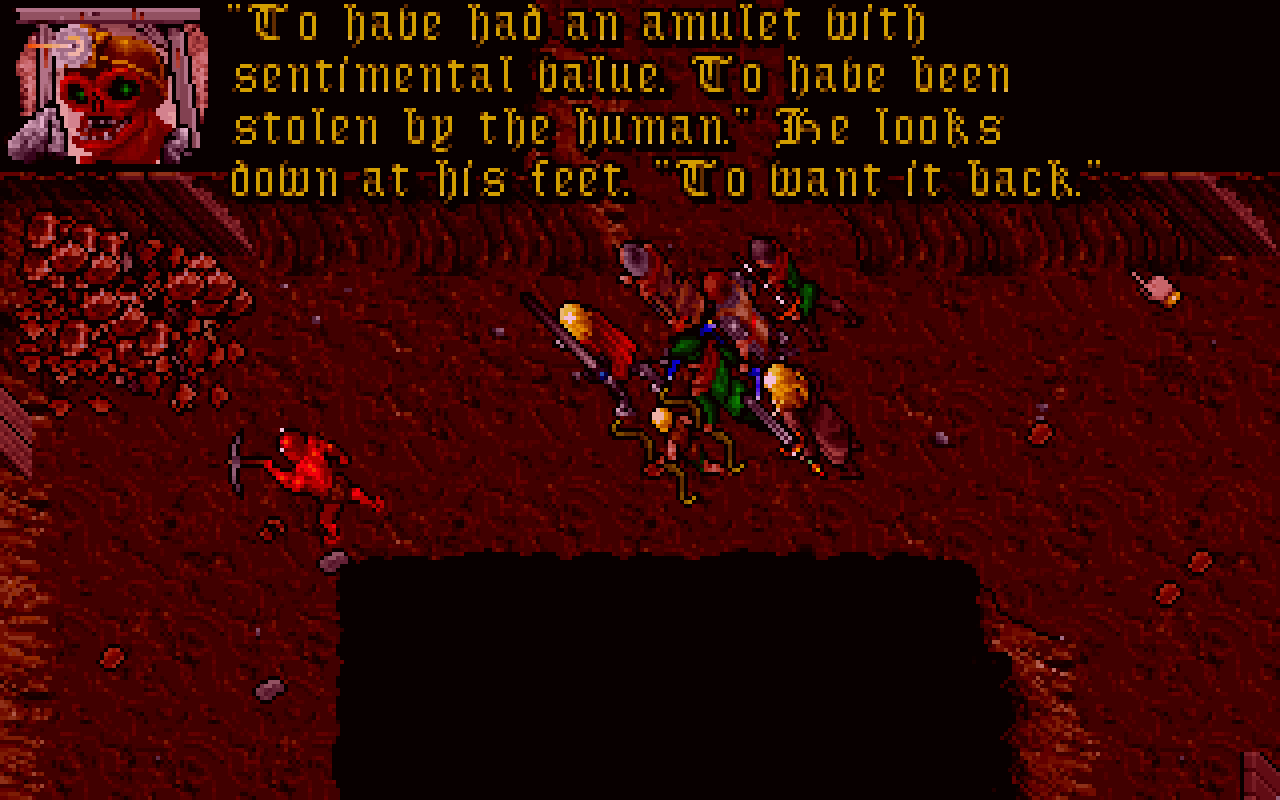 Confront Lap-Lem in the Vesper mines about the incident and he'll state that just the opposite happened, and Blorn stole something from him.  Return to Blorn and ask him to return the amulet, which he (reluctantly) will.  Return it to Lap-Lem for a bit of experience. 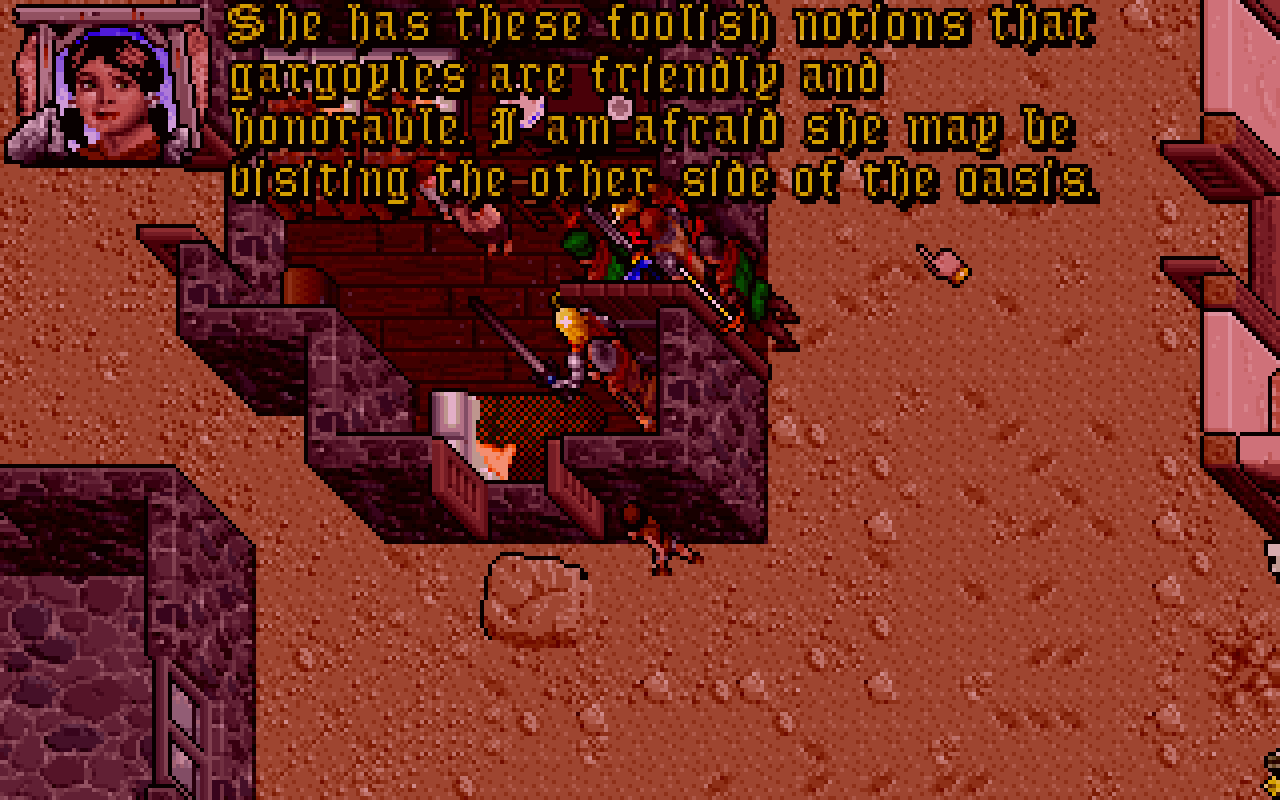 Speaking to Yvella reveals that she suspects her daughter is visiting the Gargoyles every day at noon.  Following up on that (by visiting For-Lem's house) will reveal it to be true, with Catherine asking you to keep her secret.  If you don't, her father, Cador, will murder For-Lem.

On the other hand, if you speak to Cador at the tavern and tell him you are the Avatar, he'll attack you instead.  So the only happy outcome to this scenario is to not finish it...

There is one small subplot in Terfin as well. 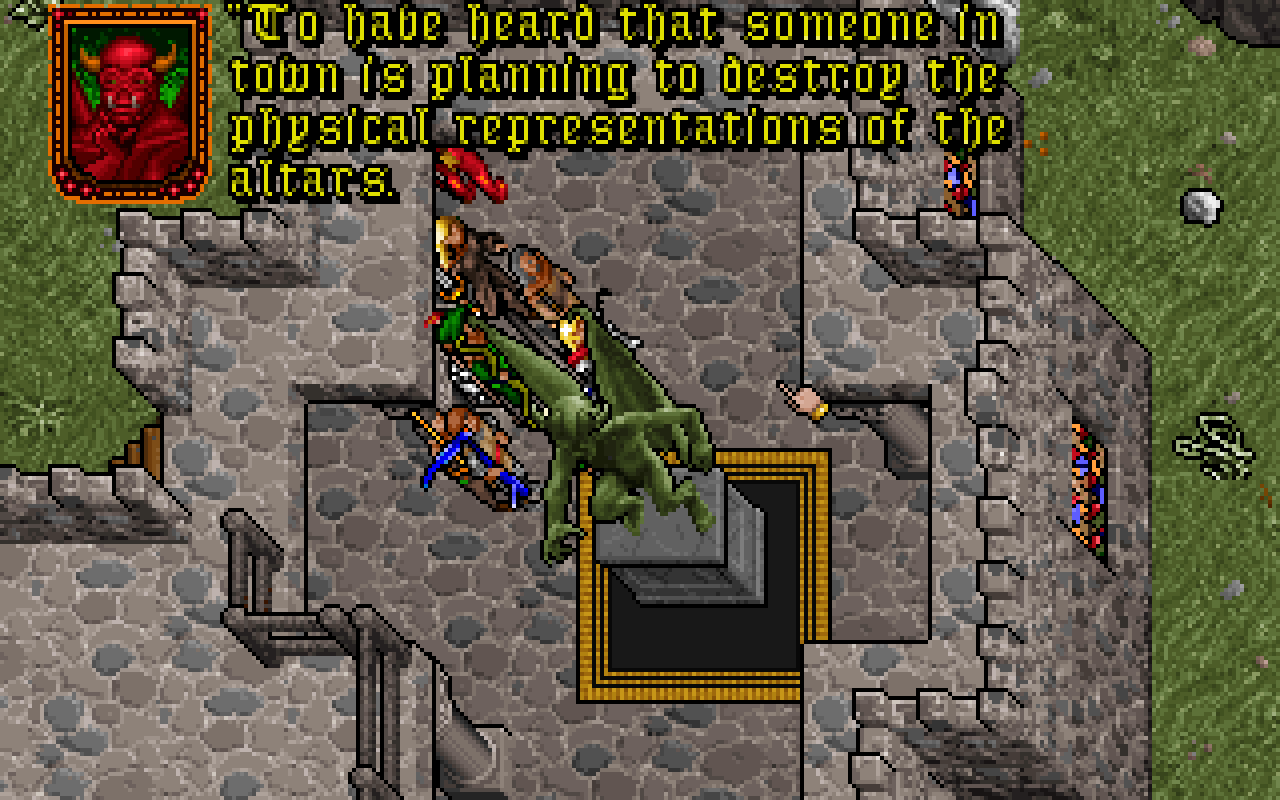 Speak to Teregus at the shrines and he'll say that there are rumors that someone is planning to destroy them.  Do some investigation at Sarpling's house to find a note, then confront him about it to reveal that he's being blackmailed by Runeb of the Fellowship.  Return to Teregus with the evidence and he'll ask you to confront Runeb. 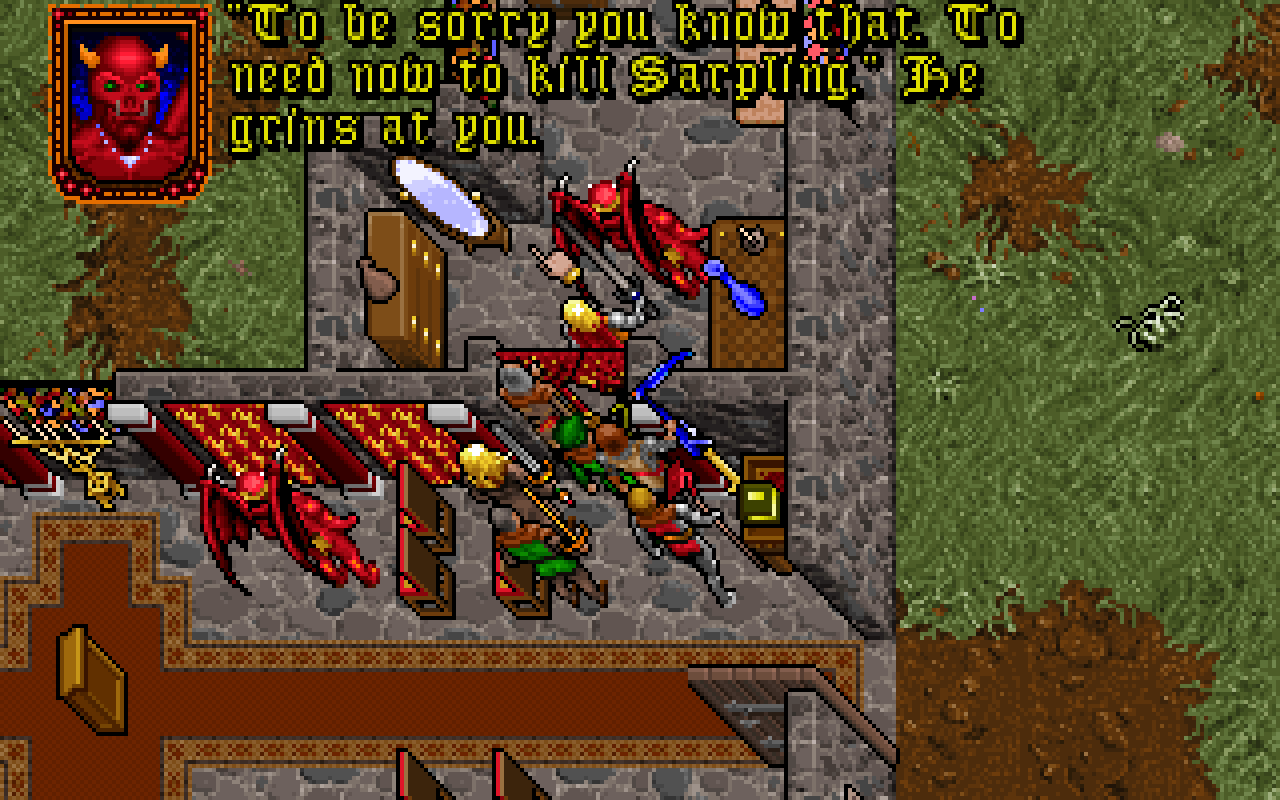 Runeb will then attack.  Quan has no involvement in the plot, though, suggesting that he's simply unaware that the Fellowship isn't really on the level... 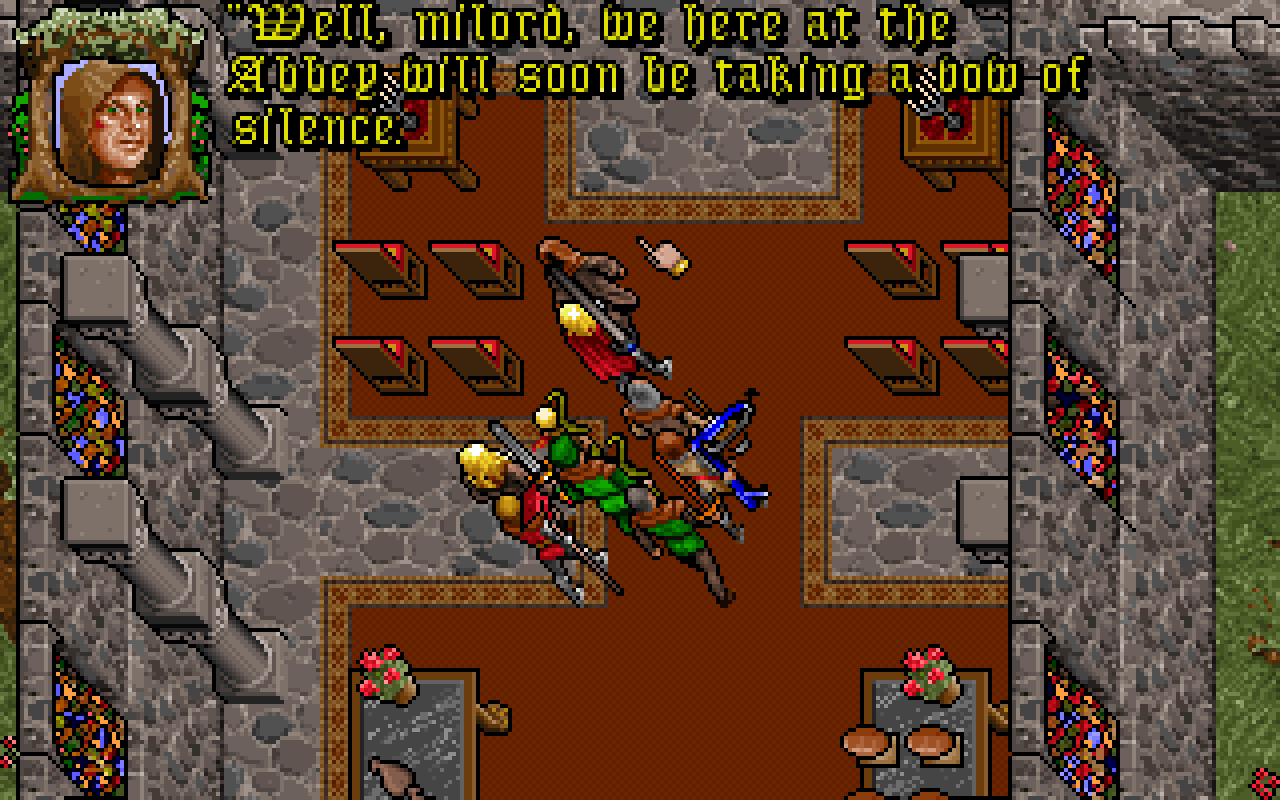 At Empath Abbey you'll find a monk named Kreg, claiming that he wants an invisibility potion for research purposes.  However, the other two monks in the abbey deny that they have a third member and have no knowledge of the vow of silence he speaks of. 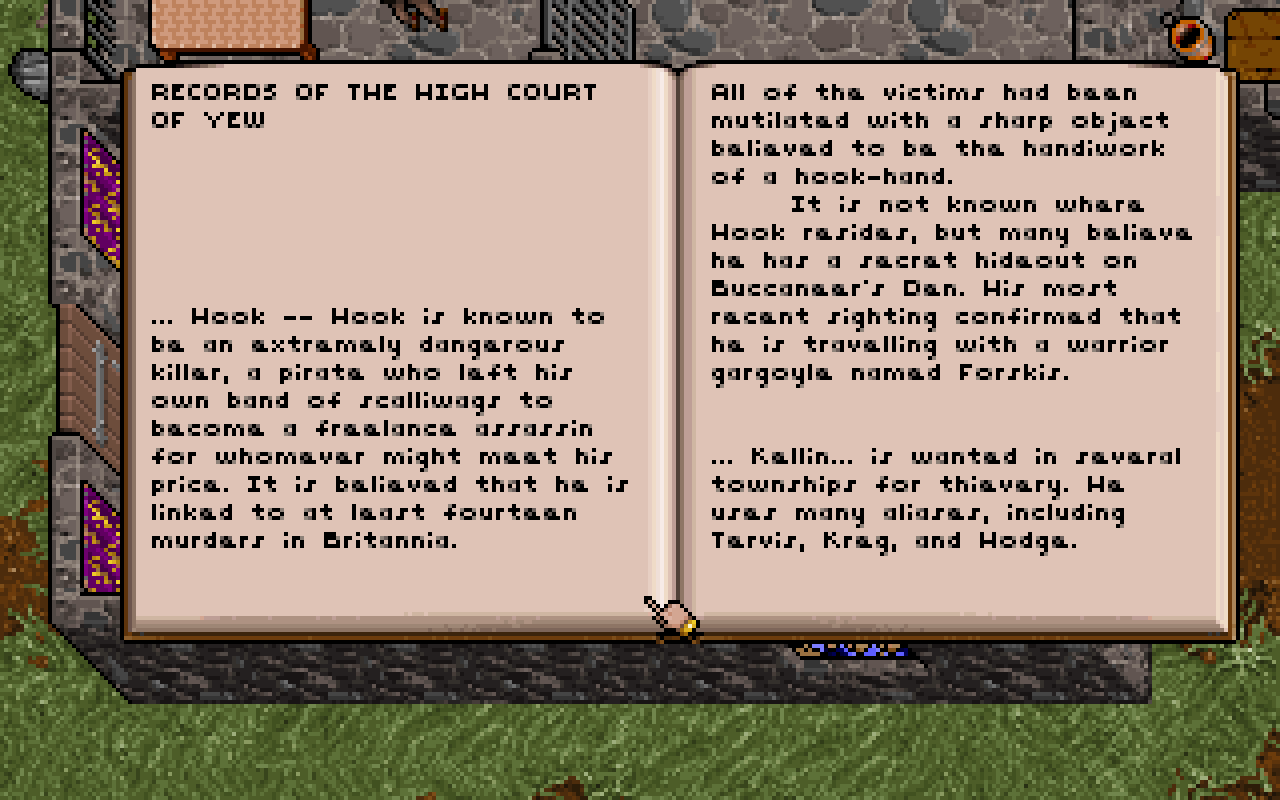 Checking the courthouse's records reveals that Kreg is just an alias for a thief named Kellin.  Confront him with this knowledge and he will attack you. 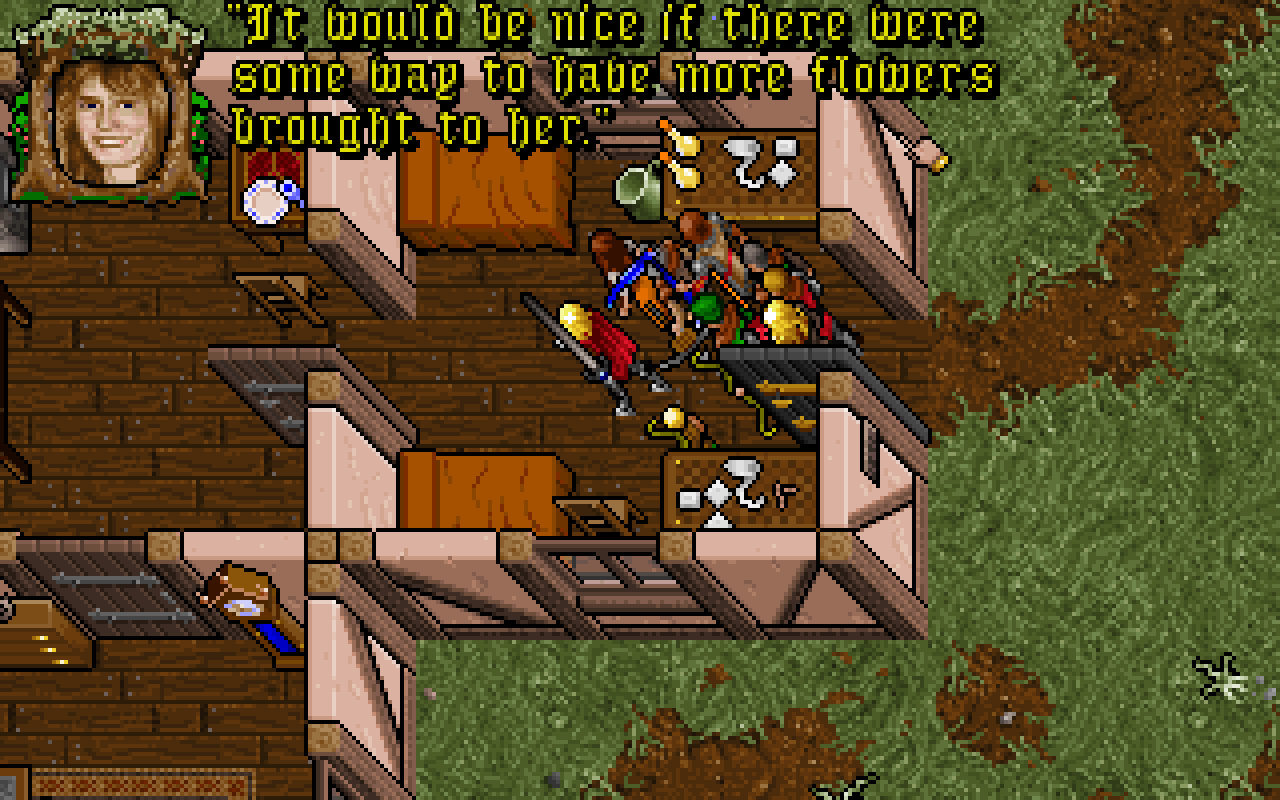 Speaking to Reyna at the healer's will cause her to tell you the story of her mother and her grave nearby.  Speak to Aimi at the abbey and buy some flowers, telling her they're for Reyna's mother, then give them to Reyna.  In exchange for this, you'll get 45 experience and she'll only charge half price for her healing services.  Neat.

And finally, a little optional thing that can be handy if you have bad luck with lockpicking. 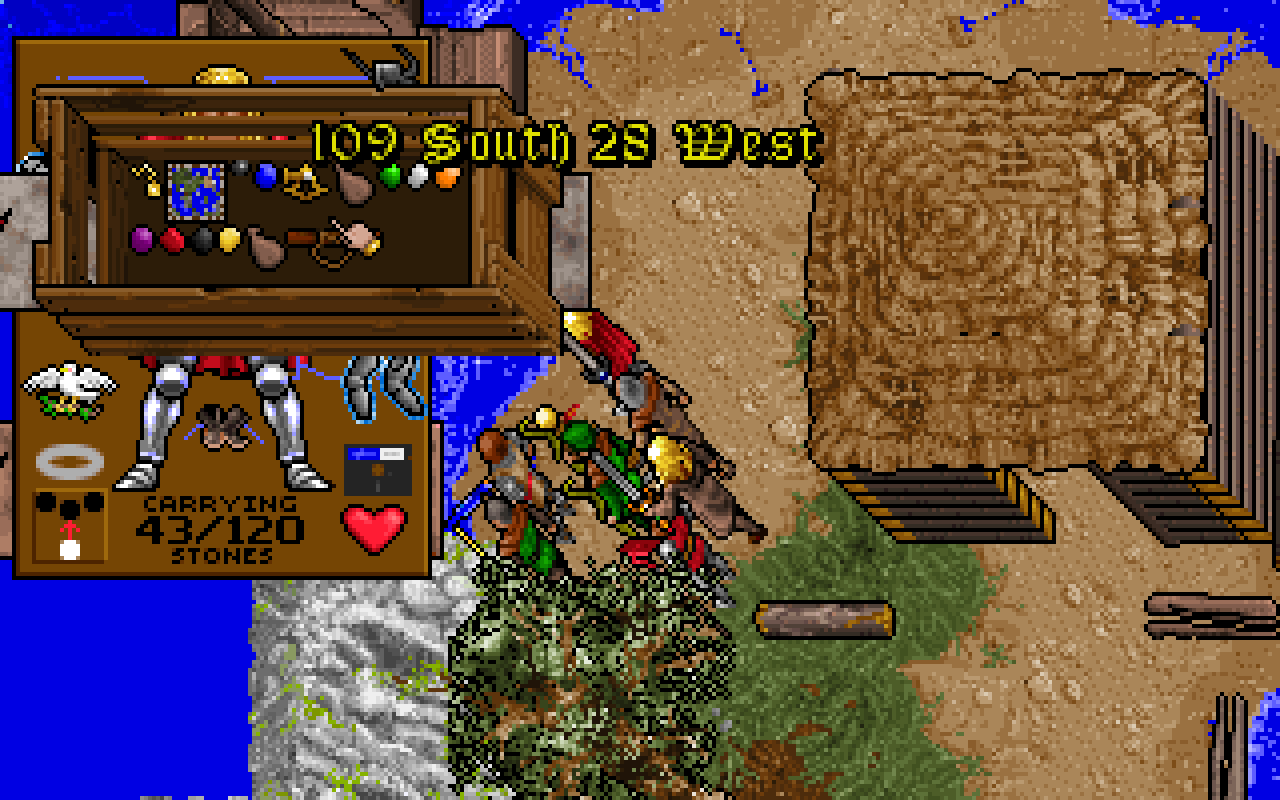 On a small island west of Trinsic at 109 South by 28 west, you can find this little shack. Inside is a large golden key.  This is the "skeleton key" so to speak; it will open any chest or door that does not require a specific key.  Useful. 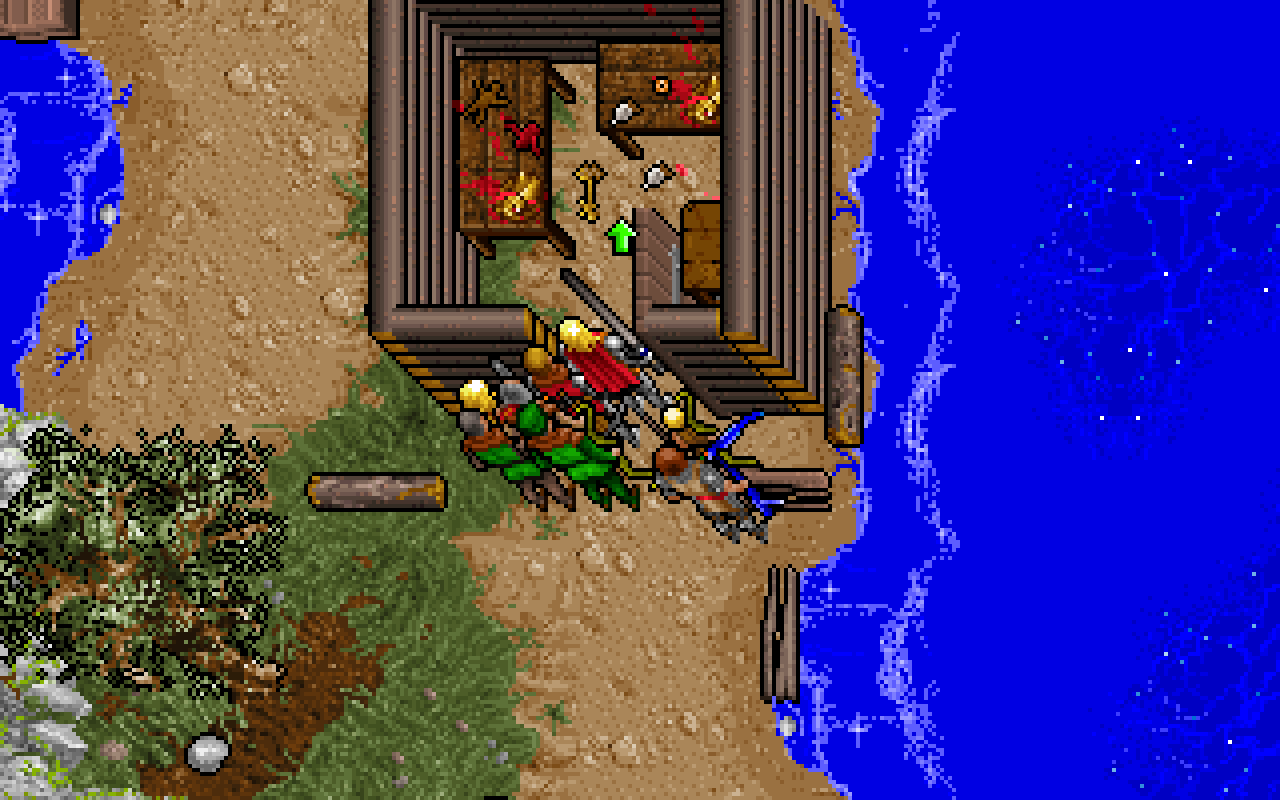