We begin our plan to infiltrate the Fellowship.  As we reach Minoc, we learn that our killer has struck again...

A bunch of miscellaneous training, mostly with Sentri, Markus and Zella.  Though I did also stop by Vesper and talk to Zaksam to boost a couple characters' Strength stats as well.  Bought some lockpicks and another spell or two as well.

(I will be covering most of the side-quests here, since they take up a fair amount of extra time to complete). 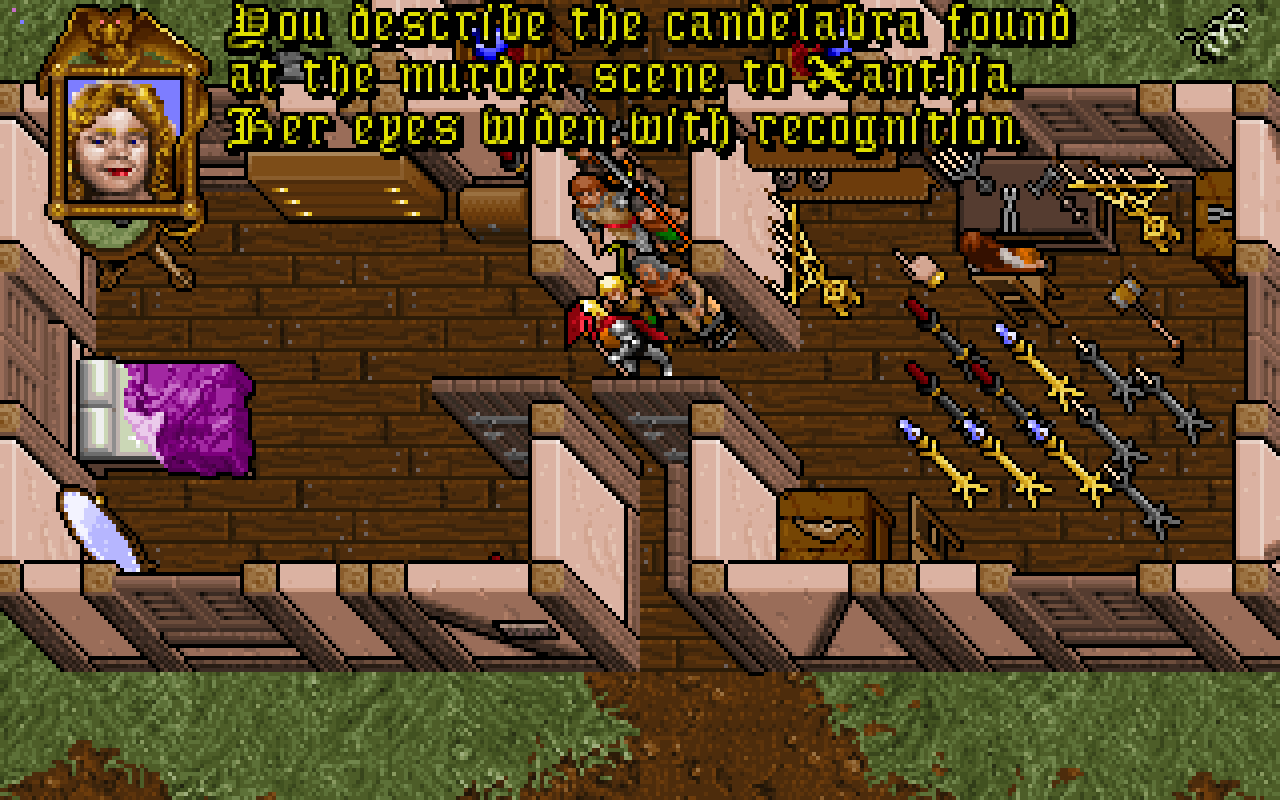 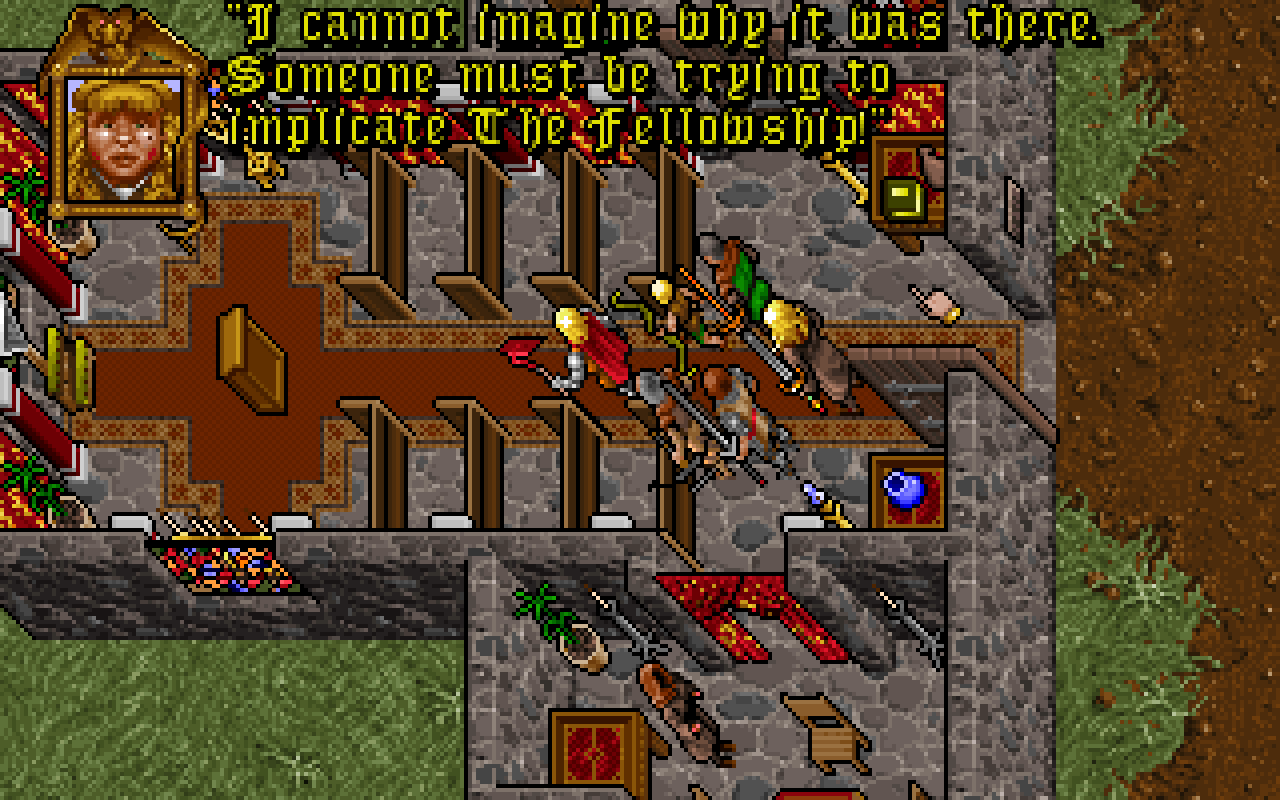 Minoc's crime scene is supposed to get cleaned up a day or two after you arrive in town, but sometimes it bugs and doesn't show up at all (as it did here).  Still, you can talk to people about a few suspicious things found there; namely, a Fellowship candelabra and a serpentine dagger.  Elynor denies all knowledge of both.

(The dagger at the scene is not a special item, so picking up any Serpentine Dagger will work for this purpose.  Ditto with the candelabra.) 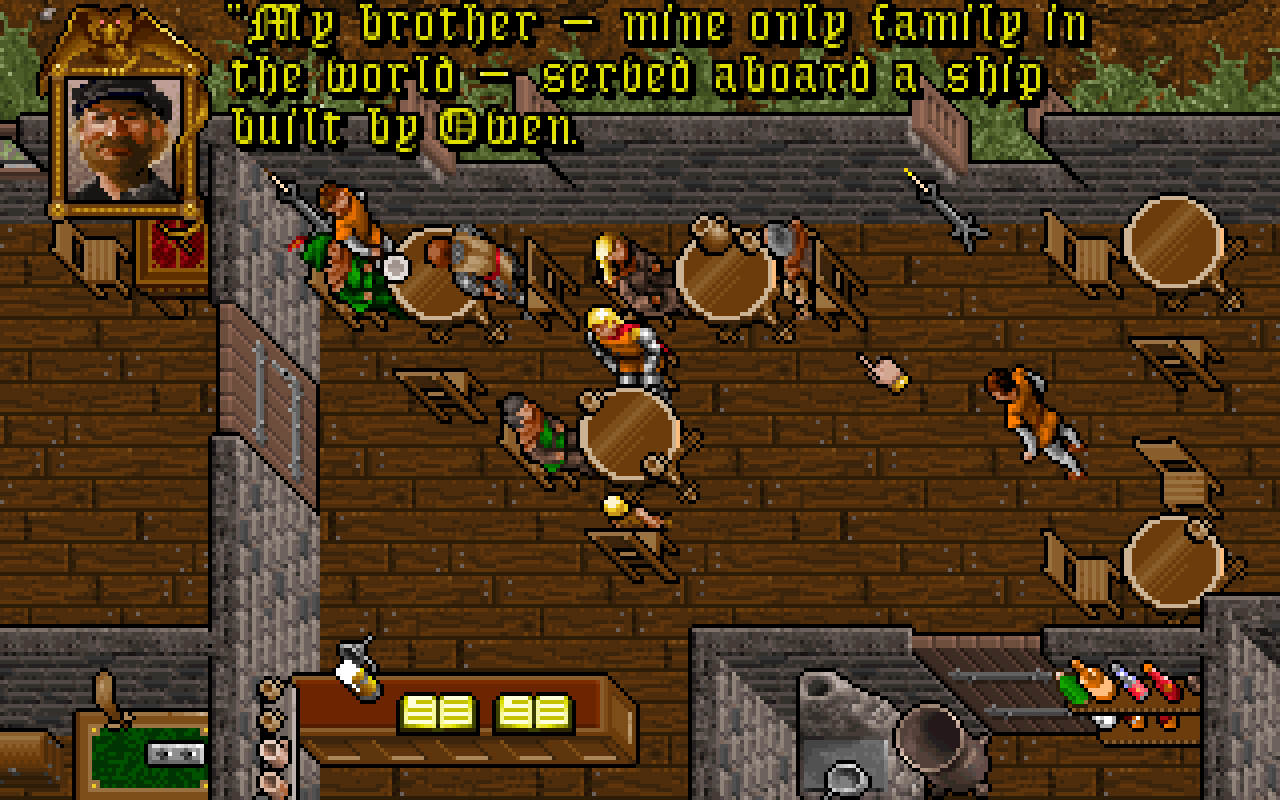 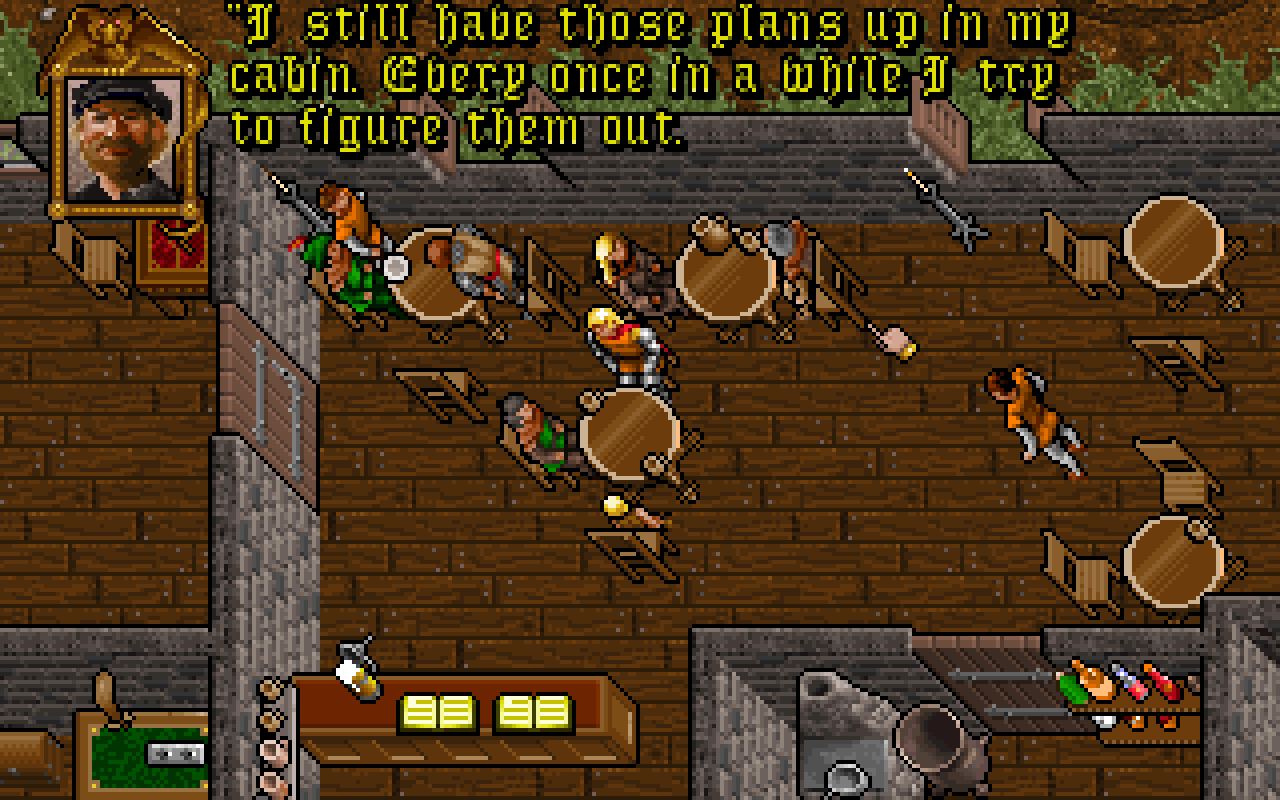 You've probably noticed by now that most people in Minoc don't have kind words about Owen.  One in particular doesn't - a man named Karl who lives outside of town (south of the Moongate, southwest of the Mining Company HQ) visits the tavern occasionally, and claims that one of Owen's faulty ships got his brother killed. 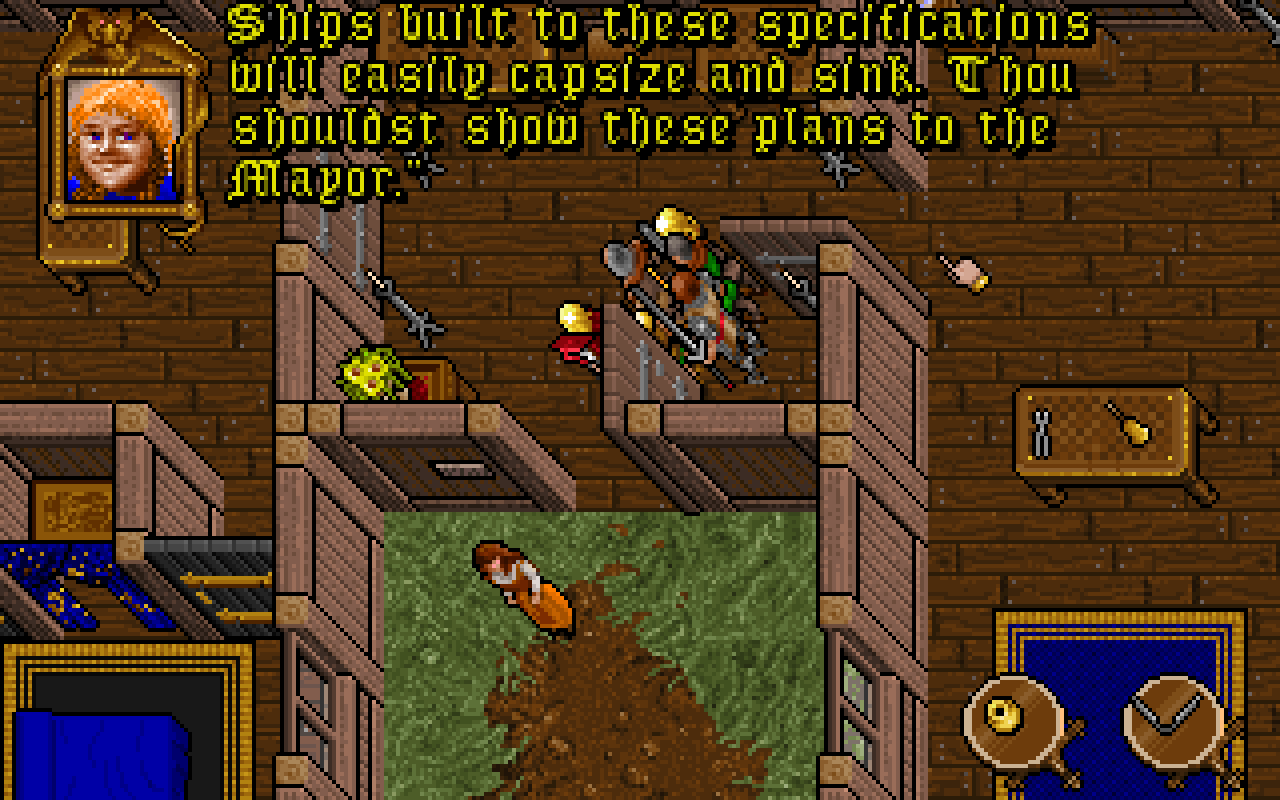 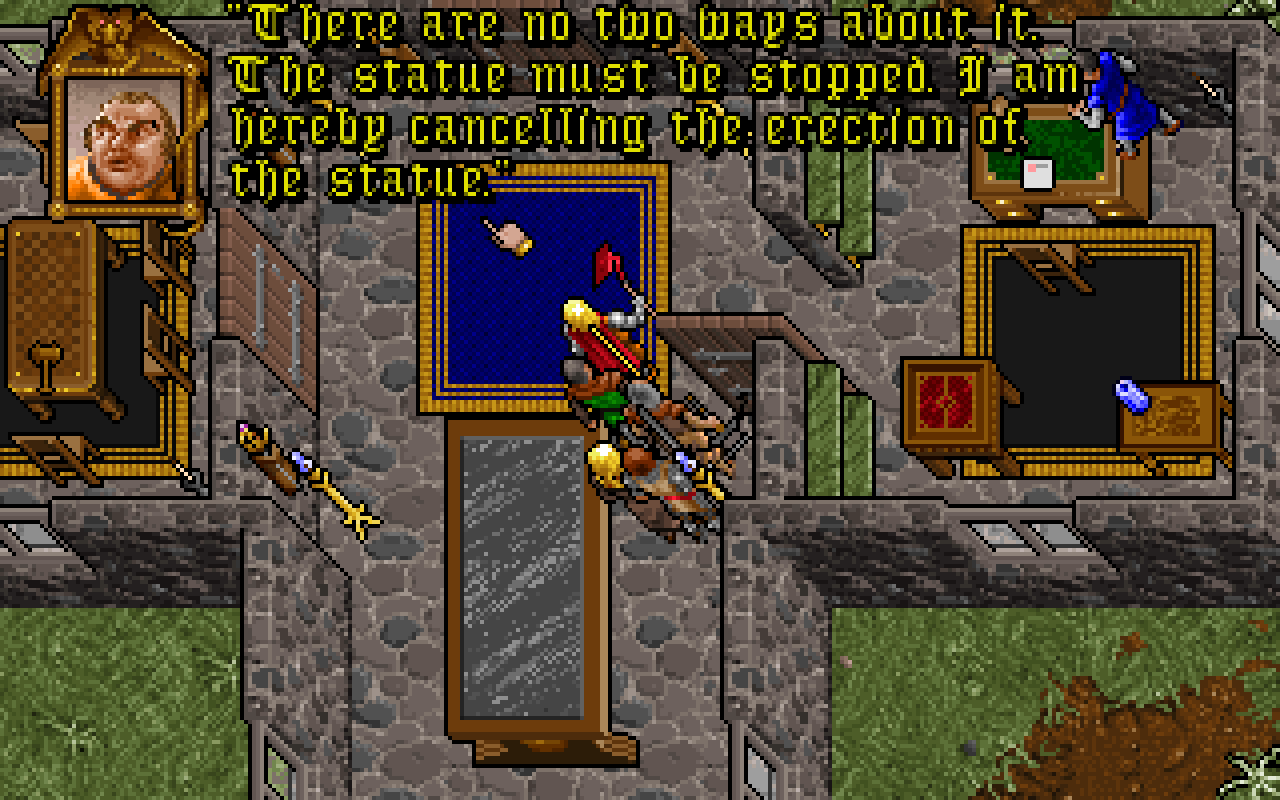 If you take the plans from his house and show them to Julia and then the Mayor, they will confirm Karl's suspicions and cancel Owen's monument. 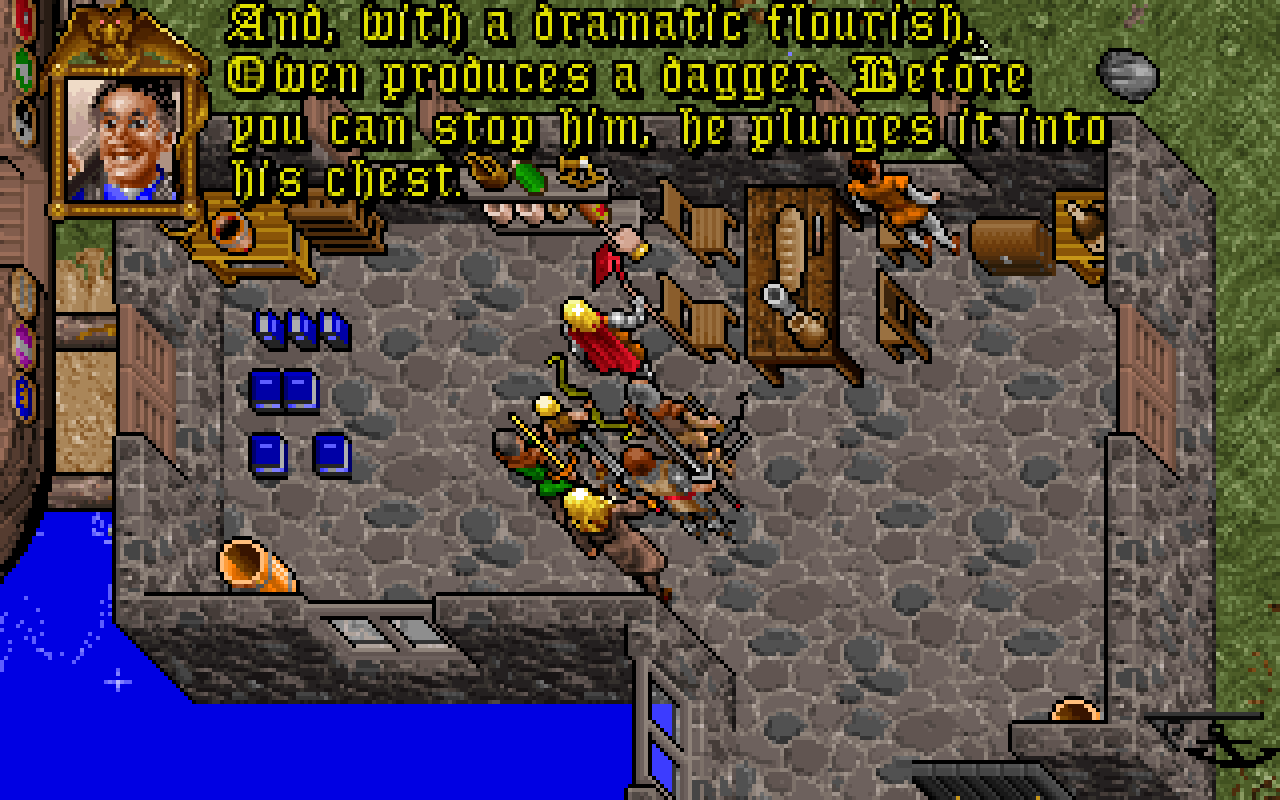 Owen does not take the news well. 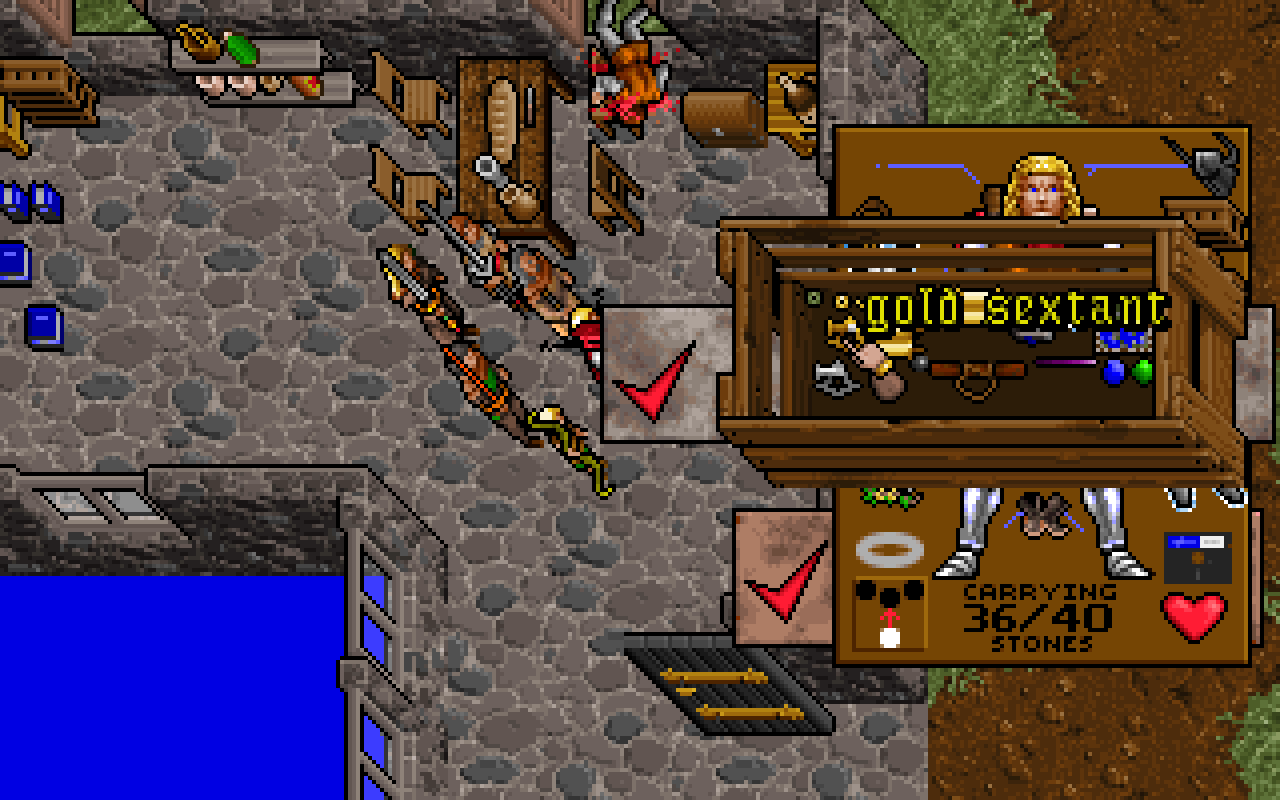 Welp, no sense in letting his stuff go to waste. 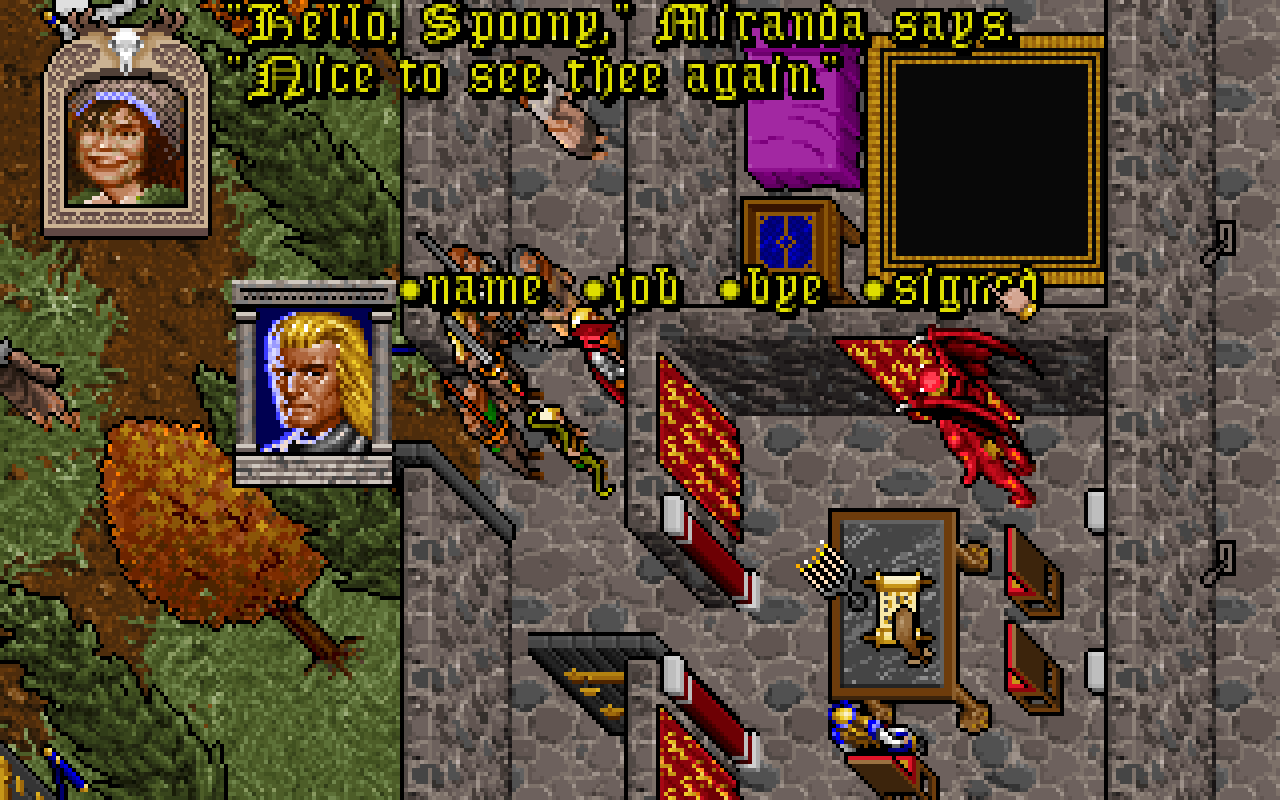 Returning Miranda's bill after getting it signed by Heather in Cove will earn you a whopping ten experience.  Not a great reward, but it's not out of our way at all, so whatever. 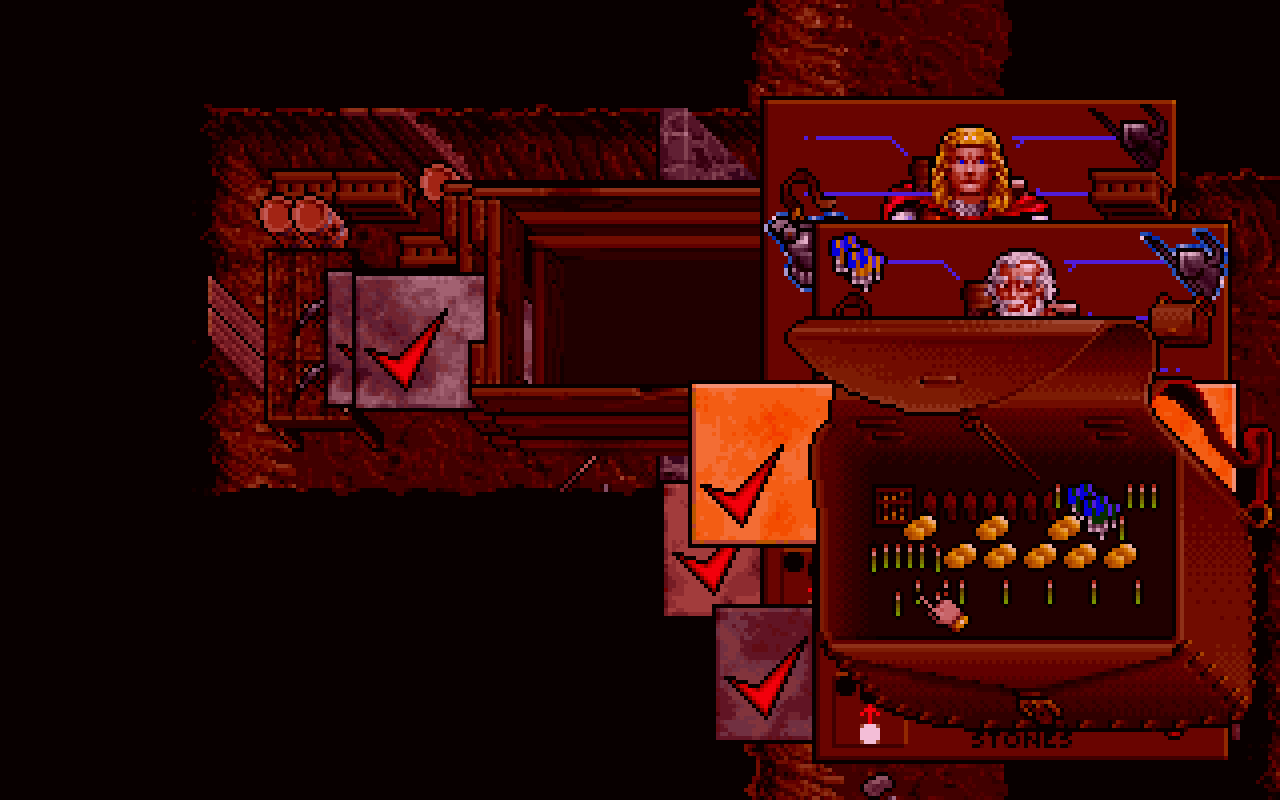 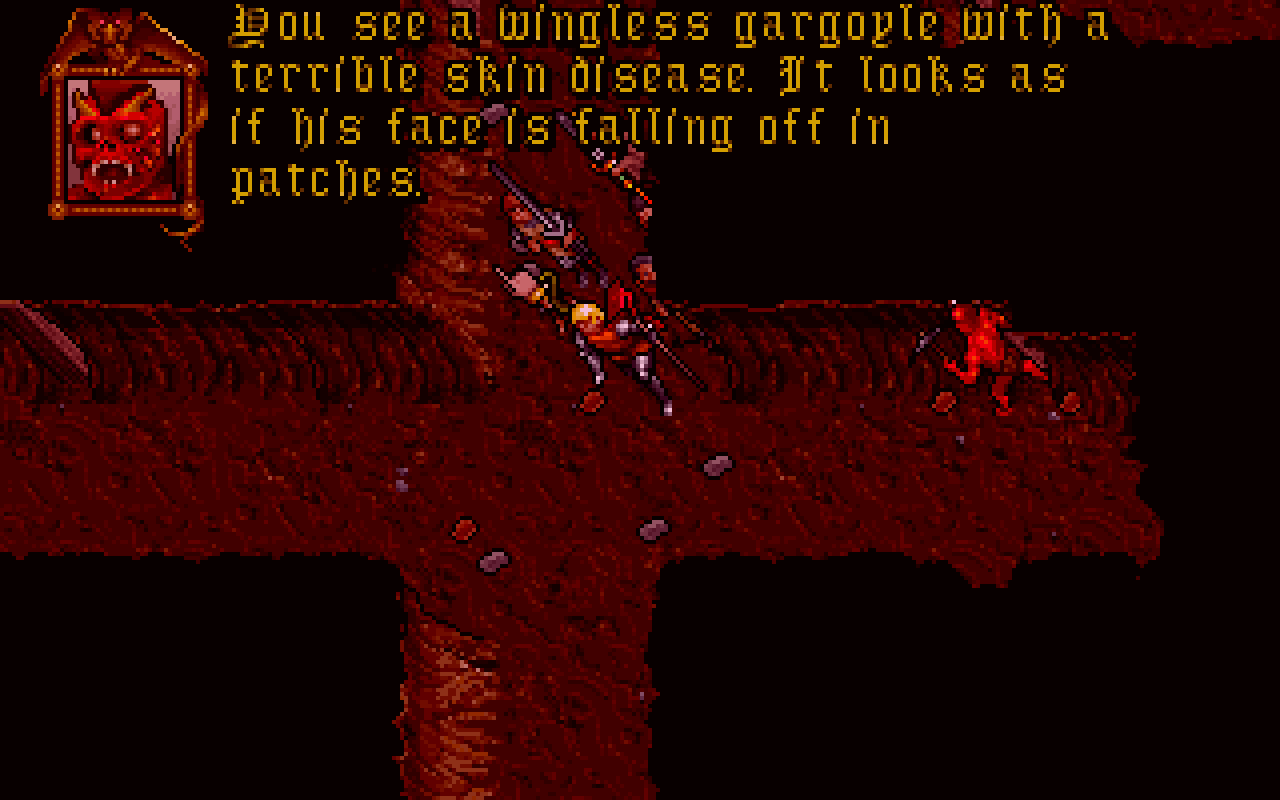 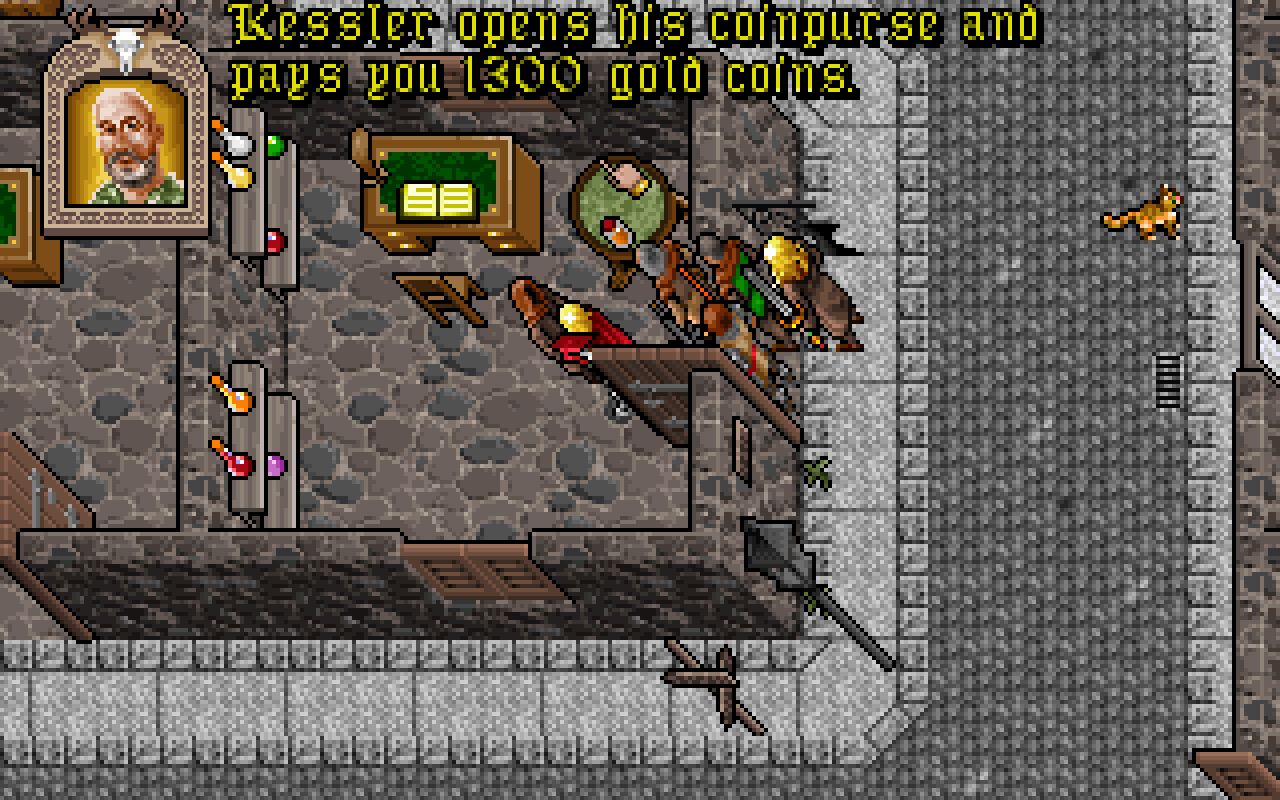 The Britannian Mining Company's lone worker seems to be a gargoyle who they're forcing to work around the clock by pumping him full of dangerous drugs.  As reparation for this grievous breach of worker's rights, I confiscated all of their drugs (and sold them for a tidy profit back in Britain). 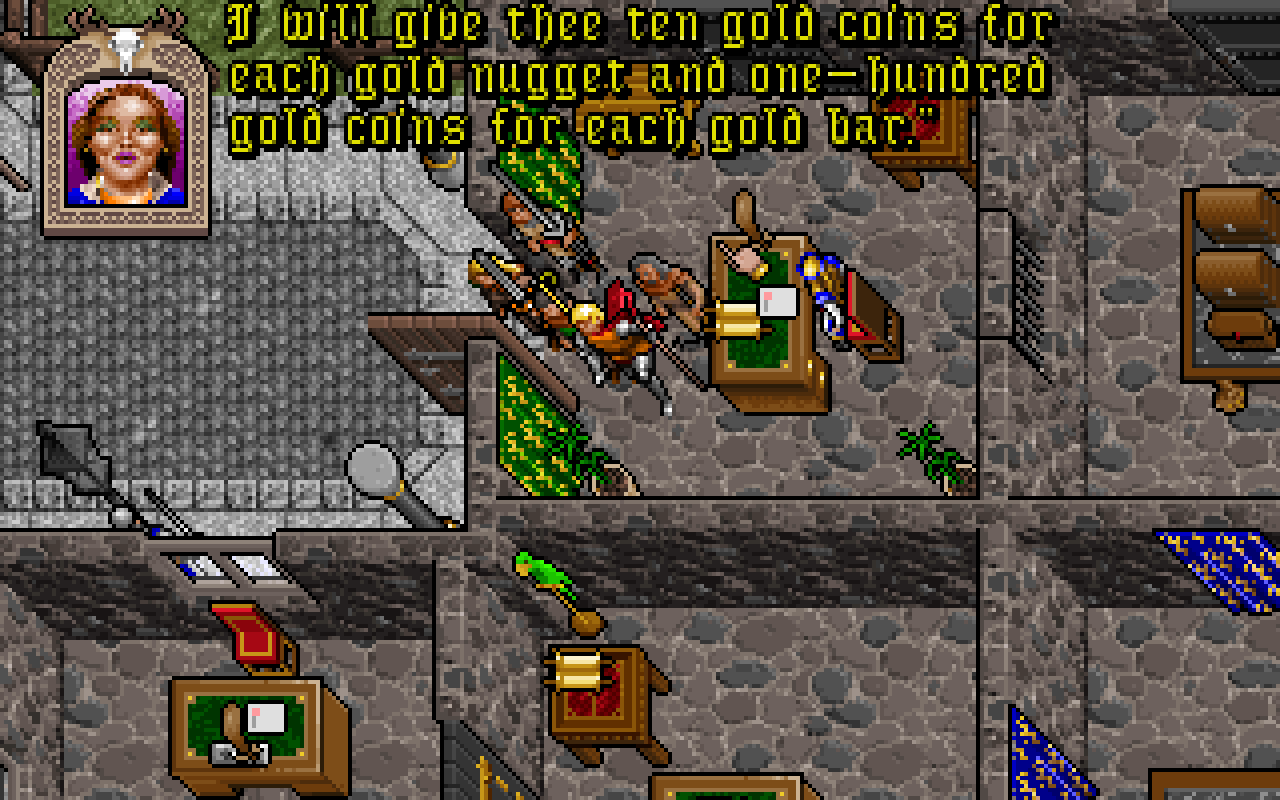 If you have any spare gold bars or nuggets, you can also trade them in at the Mint for a decent bit of cash.  Or if you're feeling really unvirtuous, you can kill Cynthia, loot the back room with her set of keys, have Lord British resurrect her, and then sell the mint's own gold back to her for a tidy profit.  (I didn't do that though.) 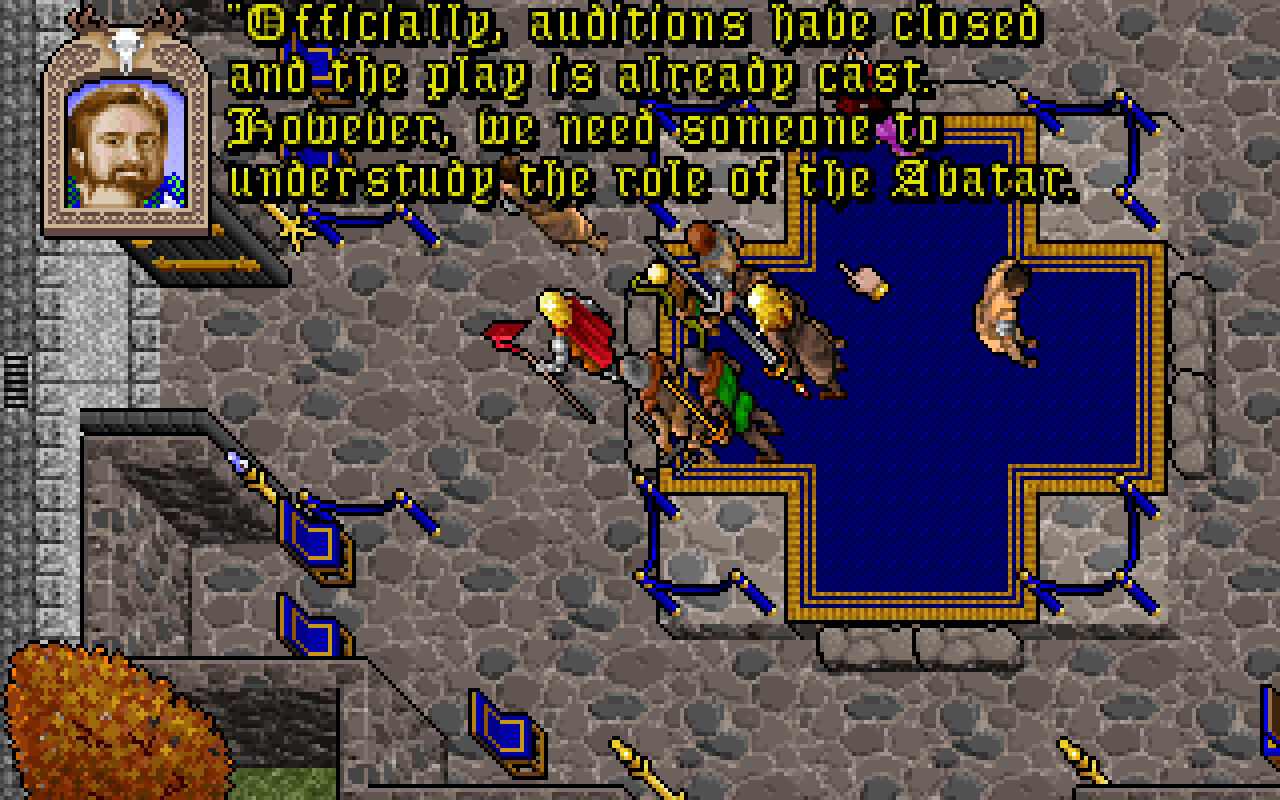 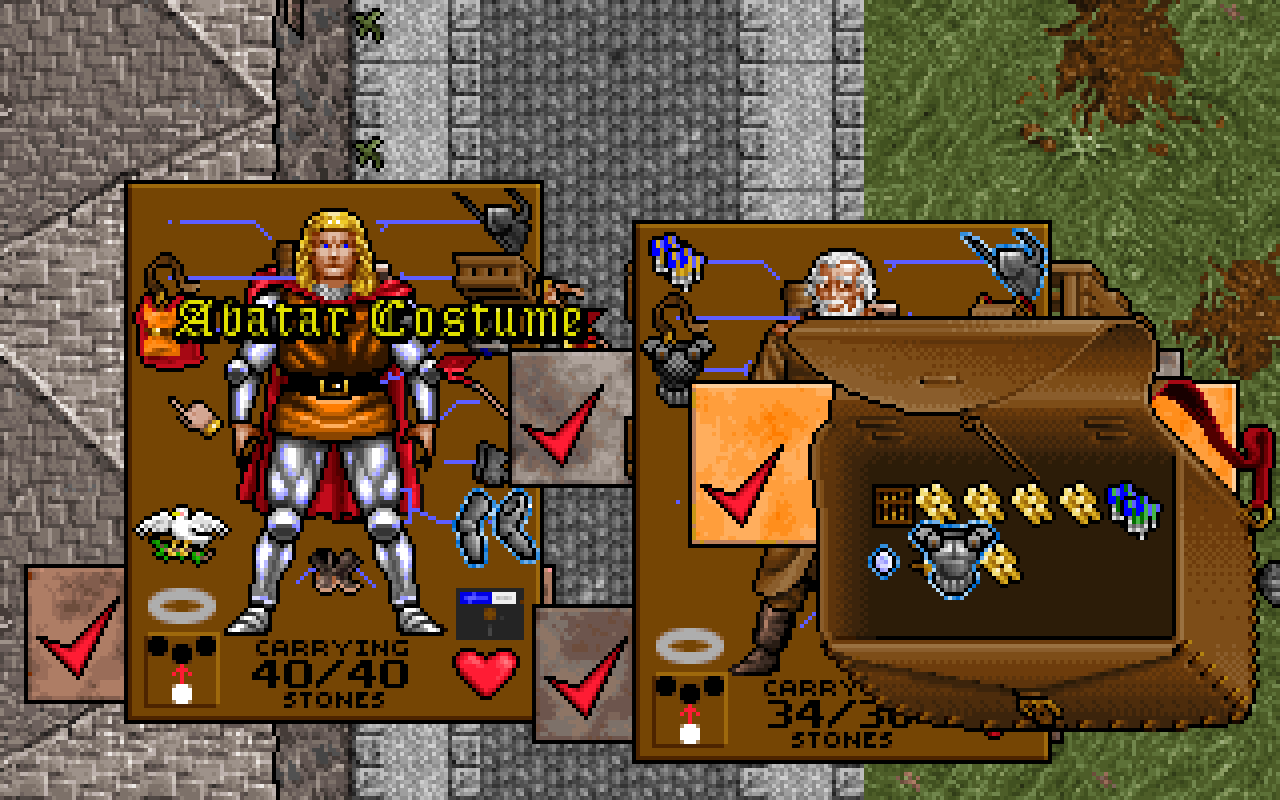 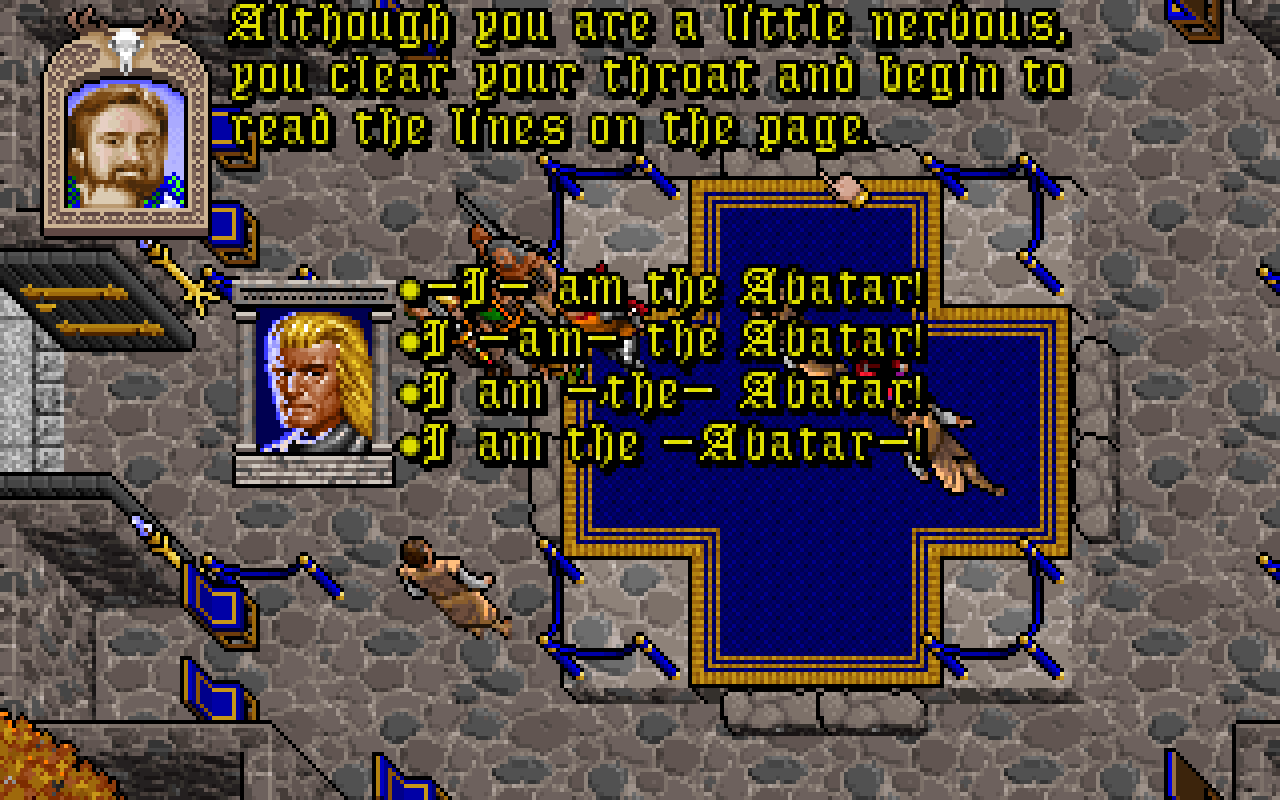 You can also talk to Raymundo at the play house, who wants you to audition for the role of the Avatar.  Talk to Gaye at the tailor's shop on commercial row to get a costume made (30 Gold) and come back for a bit of humorous dialogue. 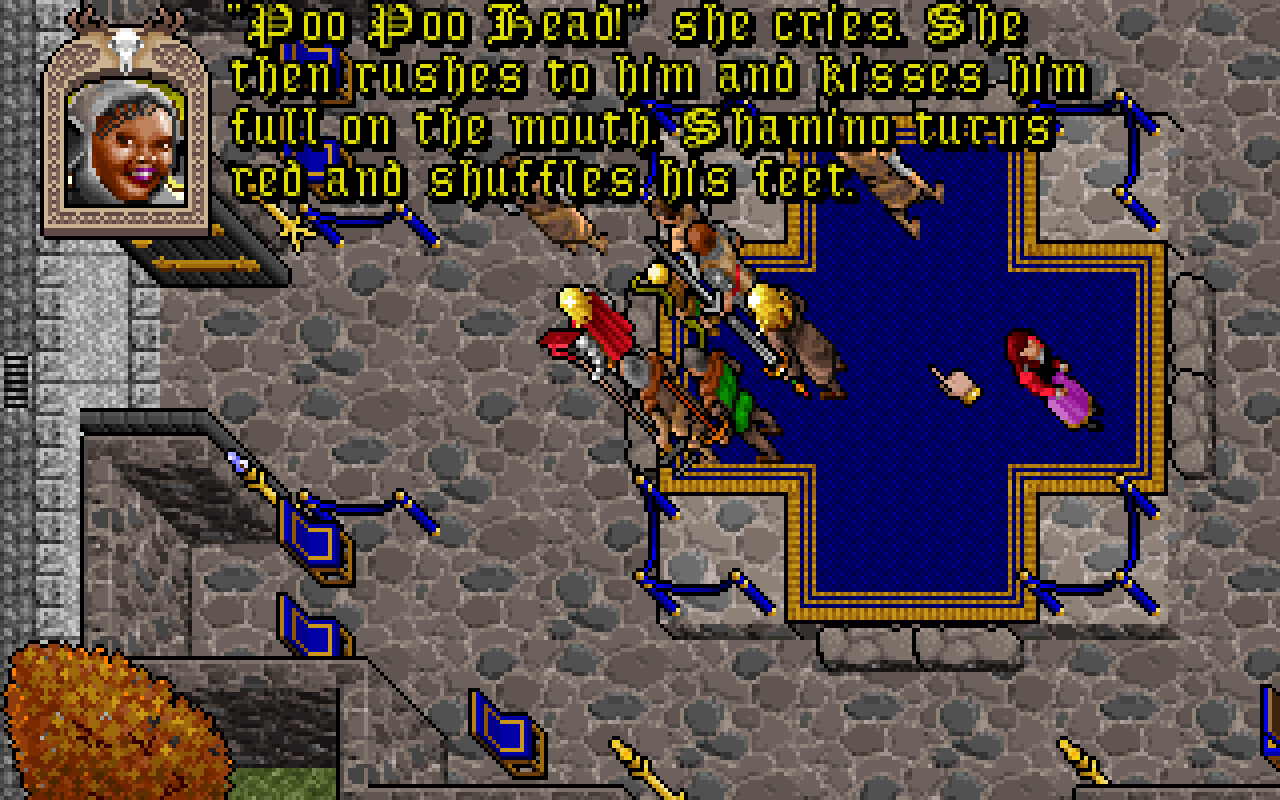 Moreso if Shamino is in the party and you talk to Amber afterward. 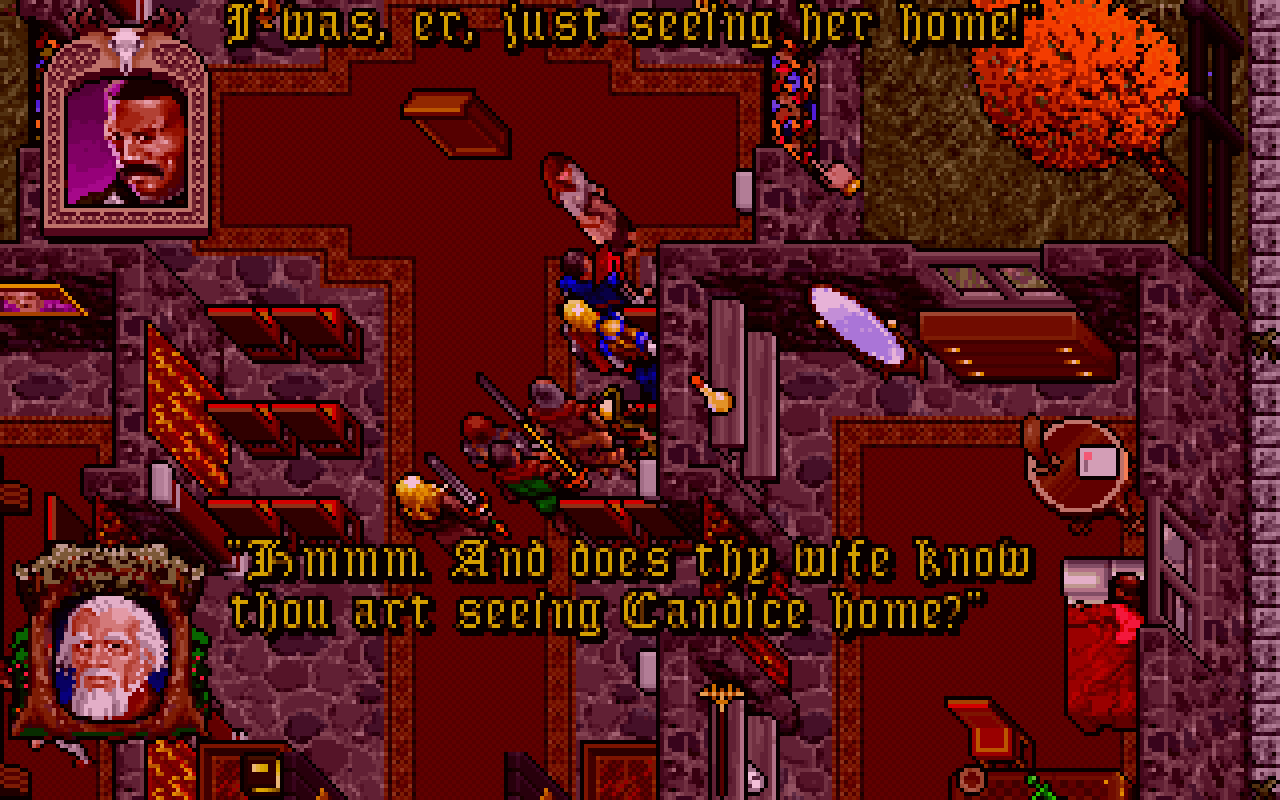 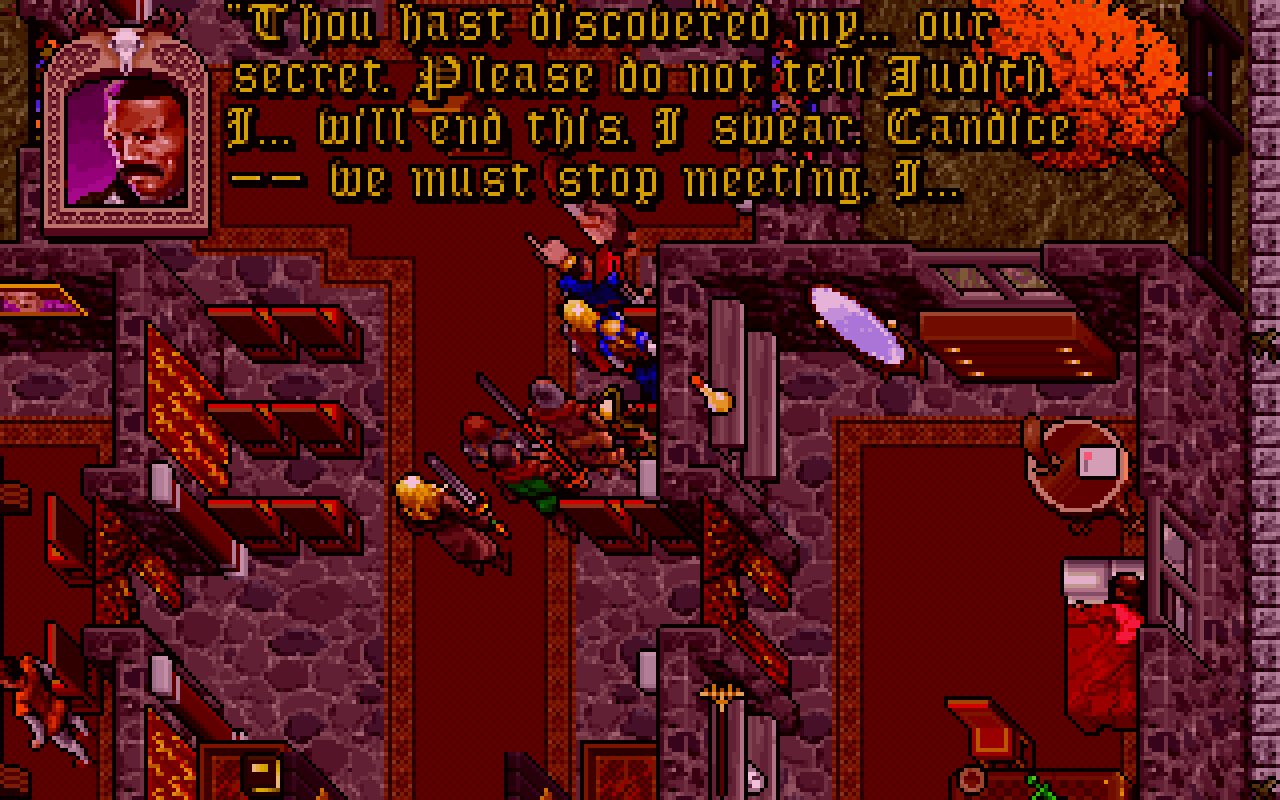 And finally, Candice at the Museum will let slip that she's having an illicit relationship with Britannia's mayor. Confront them after they leave the Fellowship's meeting at night and Patterson will agree to break it off, and learn a lesson in both Honesty and Humility.

A simple way to get as much experience and gold as you want.  The steps are listed below.

Delivering the box to Elynor closes this loop, though, so be sure to get it all out of your system before you move on with the main plot! 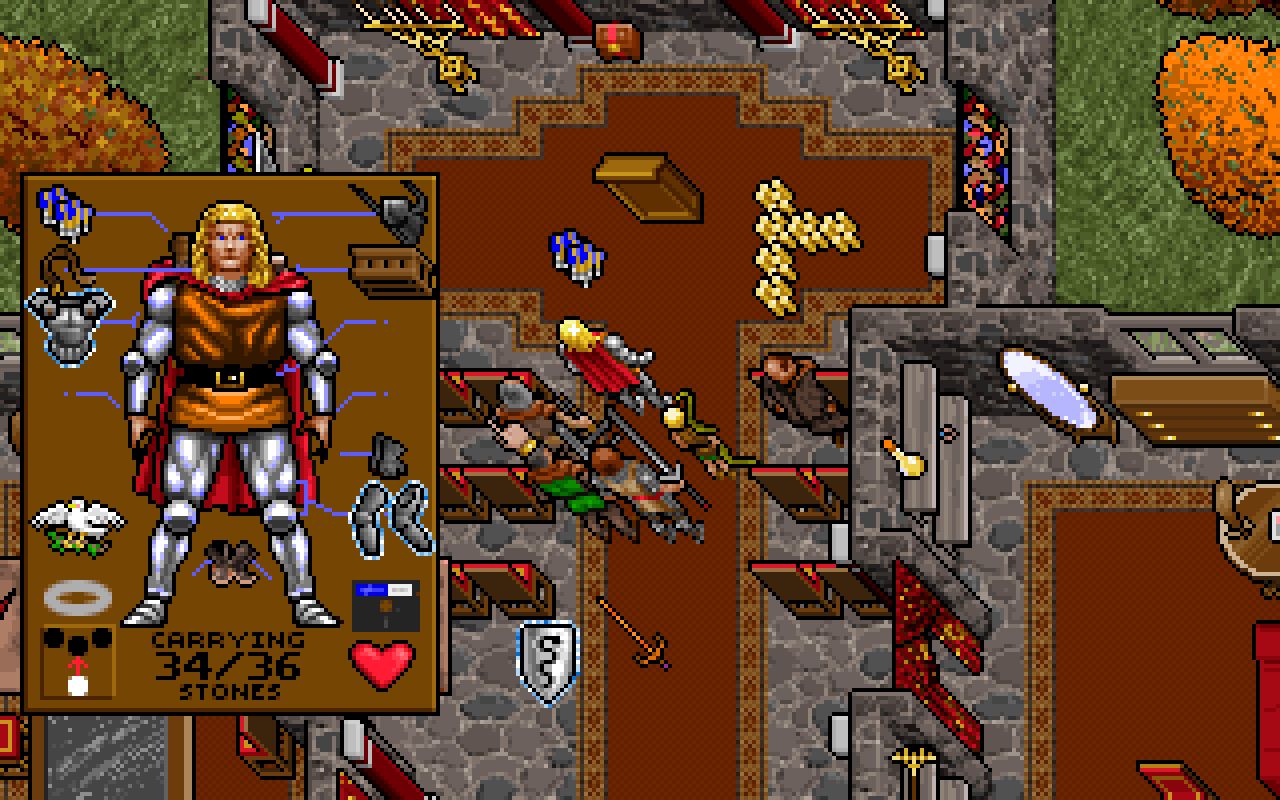 Oddly, magic bolts don't seem to work.  Gold and regular bolts work just fine though, so it's a bit of a moot point - you can always just dupe yourself some gold and buy as many bolts and reagents for Enchant spells as you want...