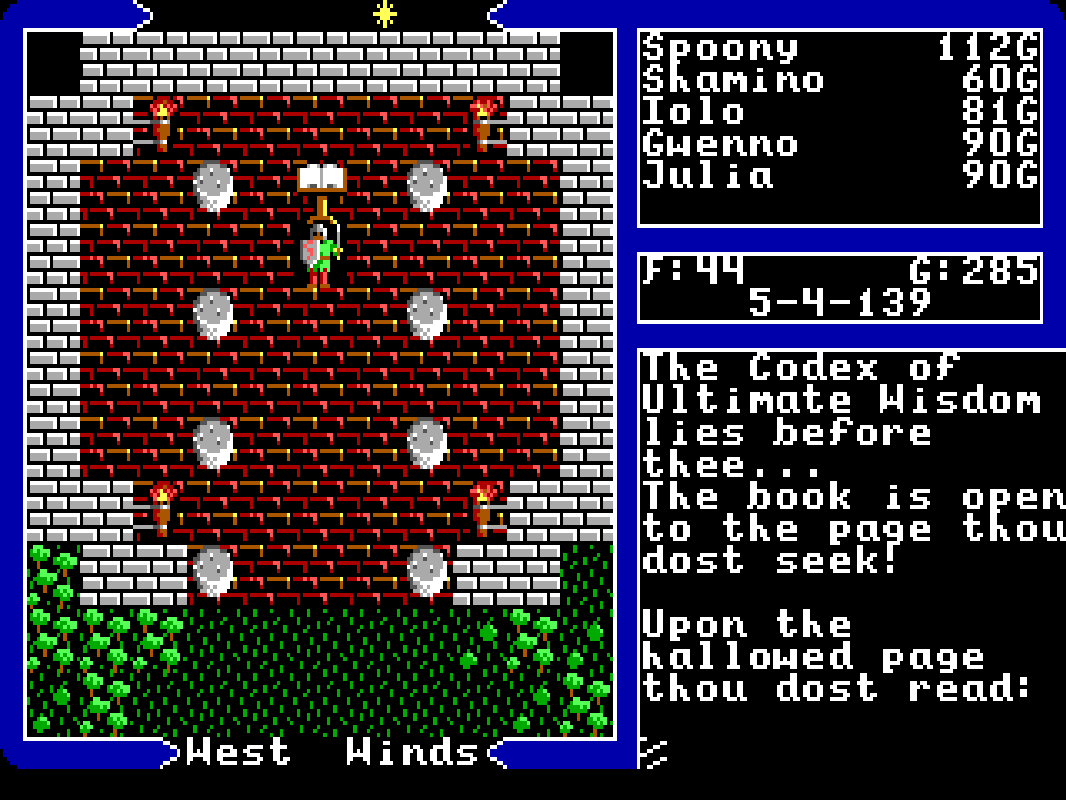 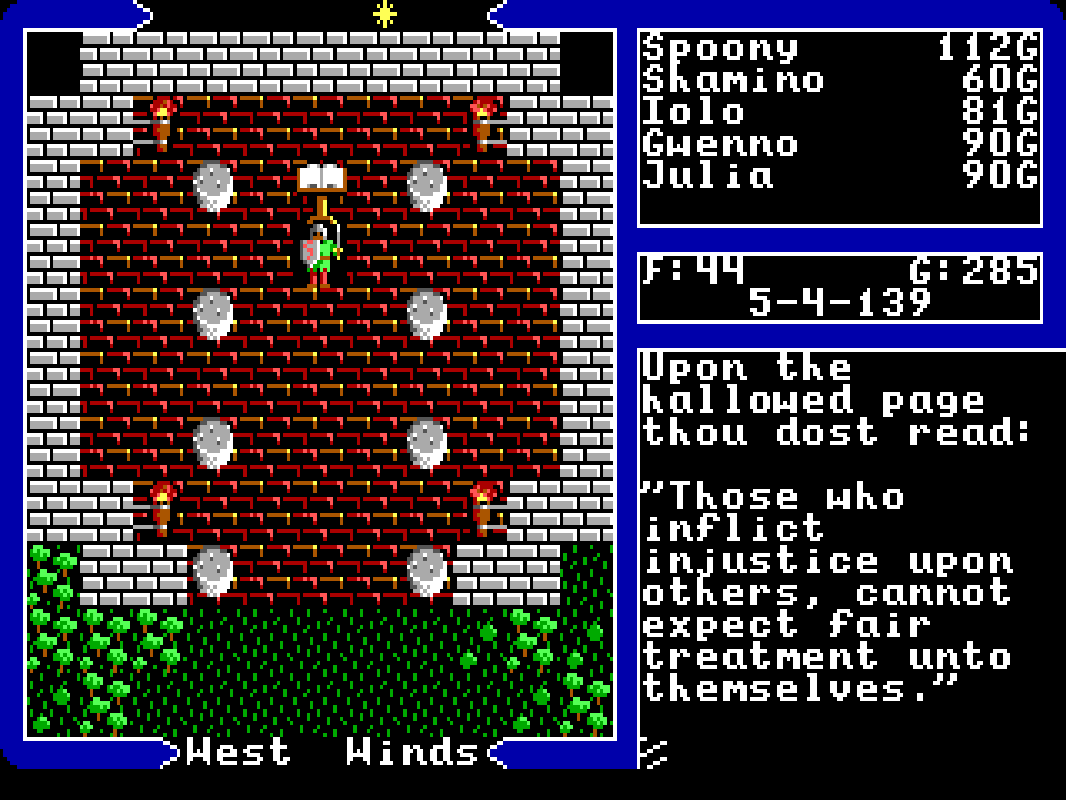 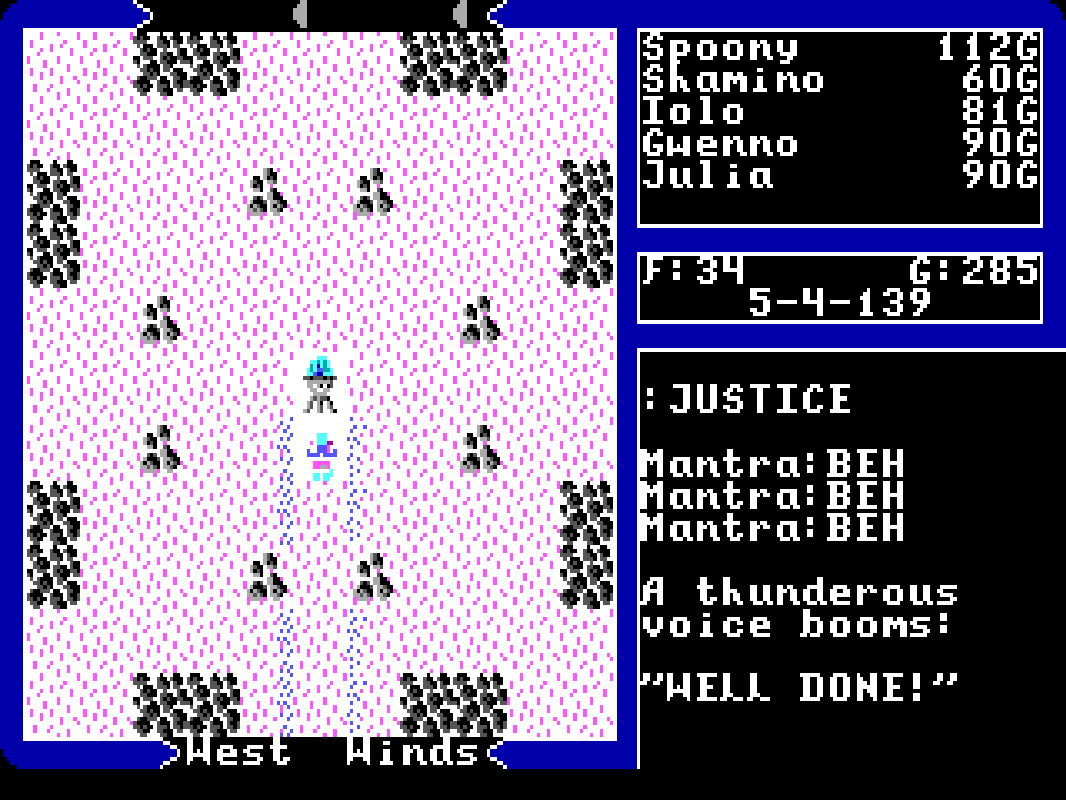 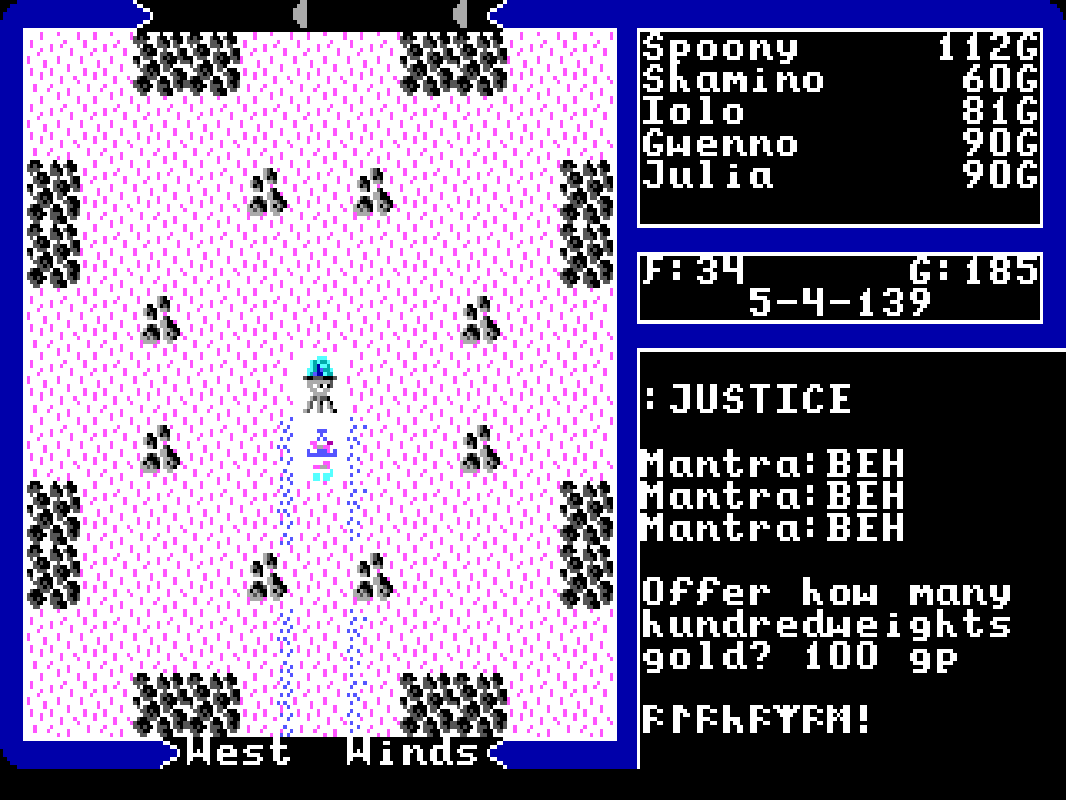 After robbing Lord British's storeroom and doing a ton of grinding to earn back our good Karma (pictured in part above), it's time assemble our forces and get in good with the Resistance.

Once you have a skiff, the most cost-efficient way is to boost your Karma is to go back and forth between Cove and Minoc, making donations at each.  Doing all the shrine quests (which requires a ship) will also earn you a grand total of 24 points, so be sure to get that done as well.
And yes, this does lend itself to a rather bizarre positive feedback loop where you can rob Lord British's storerooms, fence his goods for a mountain of cash, then convert that cash into Karma, in effect being rewarded for stealing.  Somehow I don't think that's what ol' LB had in mind when he designed the Virtue system...

Donate to the beggar a couple of times in Minoc.  Not only does this earn you good Karma once a day as previously mentioned, but he'll tell you a handy secret. 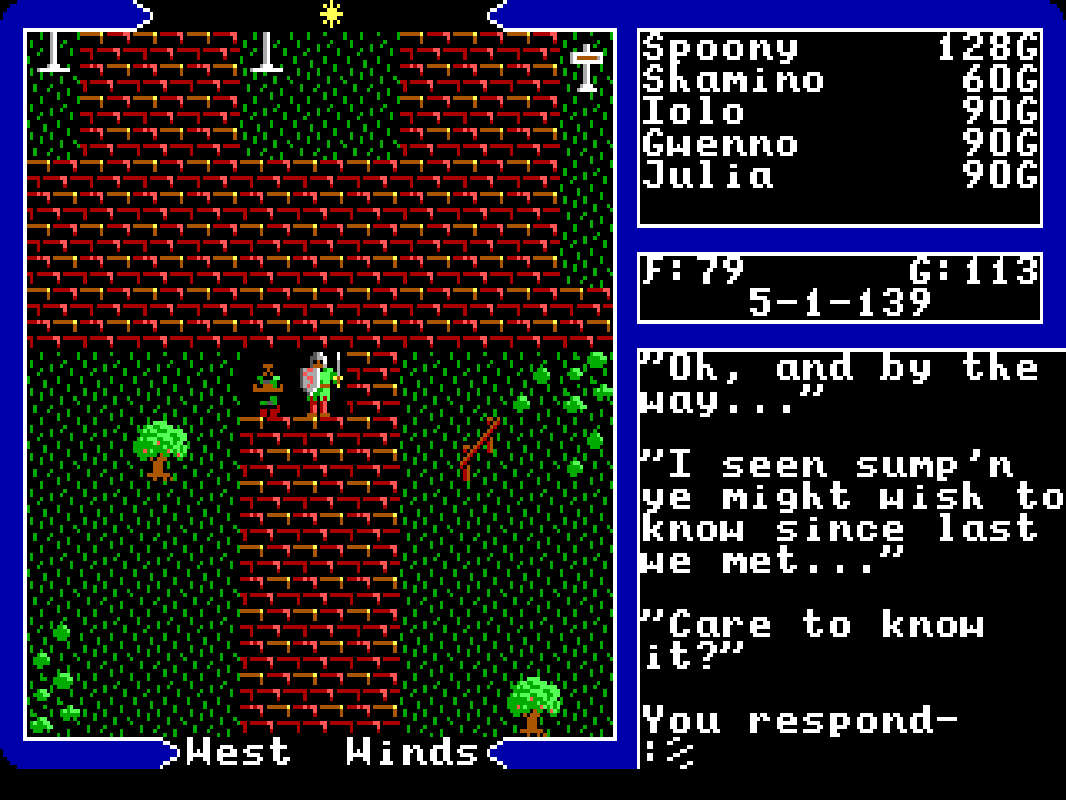 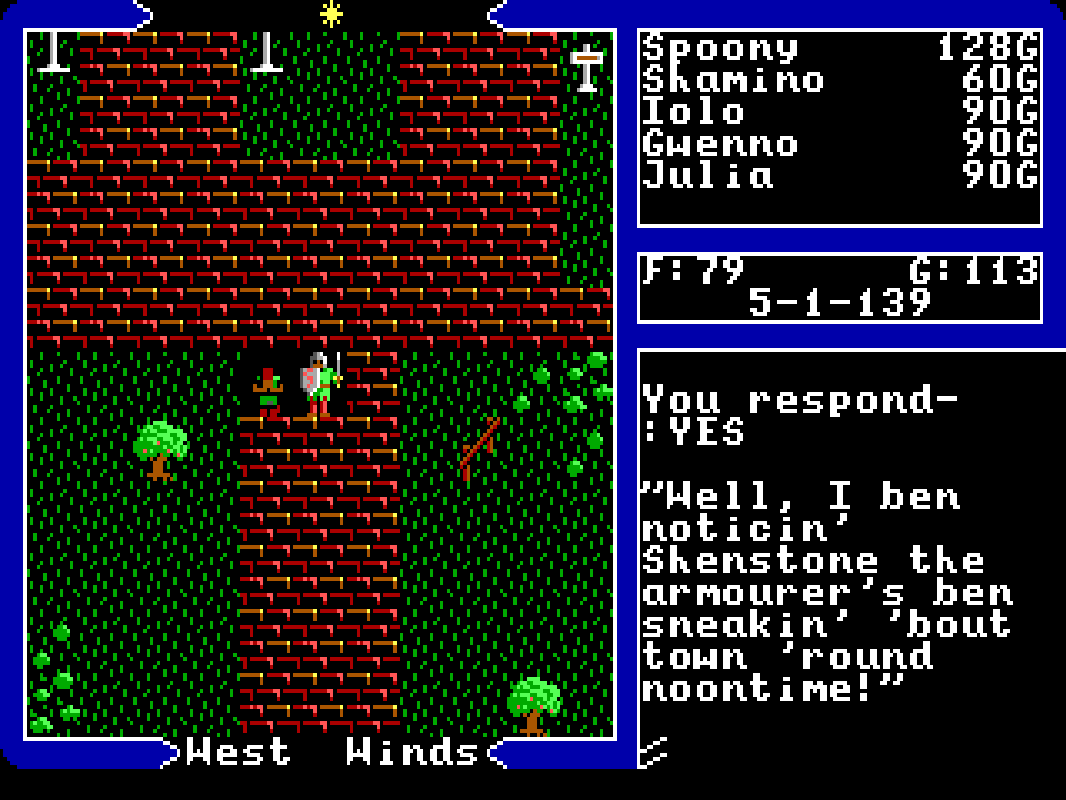 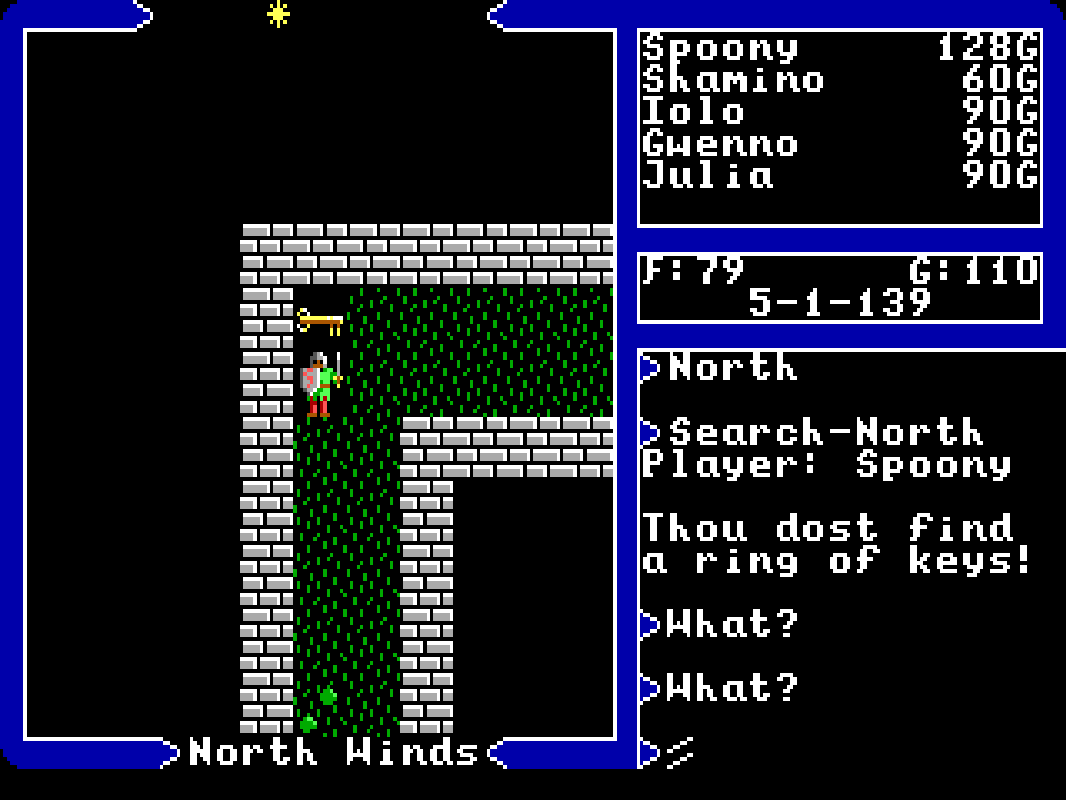 Follow Shenstone to this tree in the northwest corner of town, then search it to find five Skull Keys.  They're replenished every day at noon, so stop by again if you ever need more (and you will need plenty to complete the game).