As a result of Xenogears' rushed development schedule, large portions of the story ended up being cut or trimmed down.  As a result, there are a lot of unused elements in the game.  The story was also intended to be much broader in scope, encompassing just one part of what was intended to be a six-part series that would comprise three games and three novels; you can read more about that aspect here.

The entire team was supposed to upgrade to Omnigears - even Seibzehn, Crescens and Vierge had Omnigear equivalents. 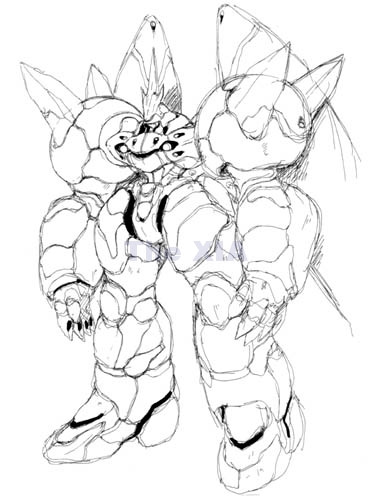 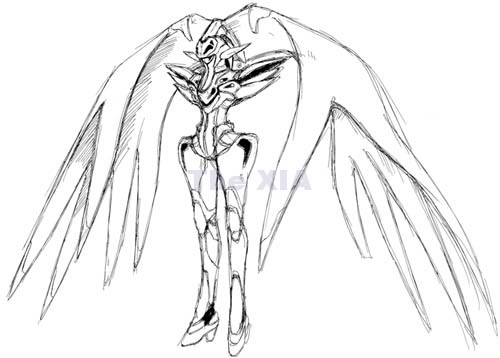 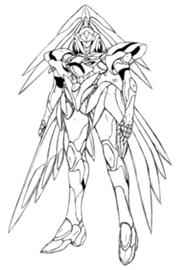 El Regurus, Elly's (somewhat) used Omnigear.
Of these, only Vierge's upgrade, El Regurus, makes an appearance in the game (and only then during a cutscene and as a bonus character in the Nortune arena on Disc 2).  Data for it as a playable character does technically exist, but is very incomplete - attempting to hack it into your party will simply lock up the game.

There is also a plethora of unused and incomplete equipment and items in the game; presumably they would be strewn throughout shops and chests in Disc 2 had the game not been so rushed.
Unused Song and FMV
An unused music track exists in the game called "Stars of Tears", which is essentially an instrumental version of the map theme complete with lyrics.  It's really quite good...

There is also an unused FMV in the game utilizing this song.  This may have been intended as an opening FMV for Disc 2.

While Tetsuya Takahashi has denied any direct connection between the Xenogears and Xenosaga franchises (unsurprising, as both IPs are owned by different companies), there are nevertheless a number of similar themes between the two, and small tributes to Xenogears in the latter.

The character who has made contact with the Wave Existence/U-DO and is ultimately the key to humanity's salvation.  Both also look very similar. 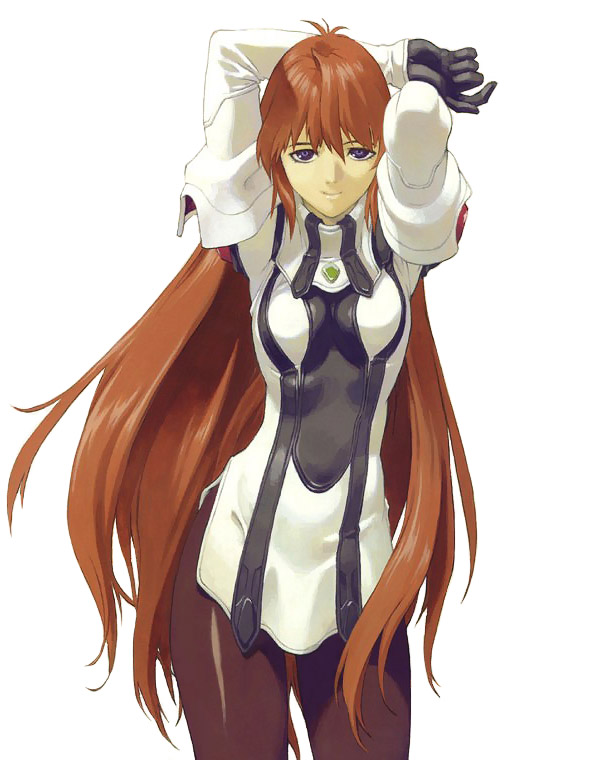 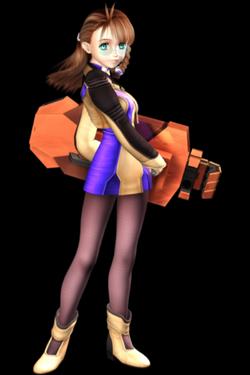 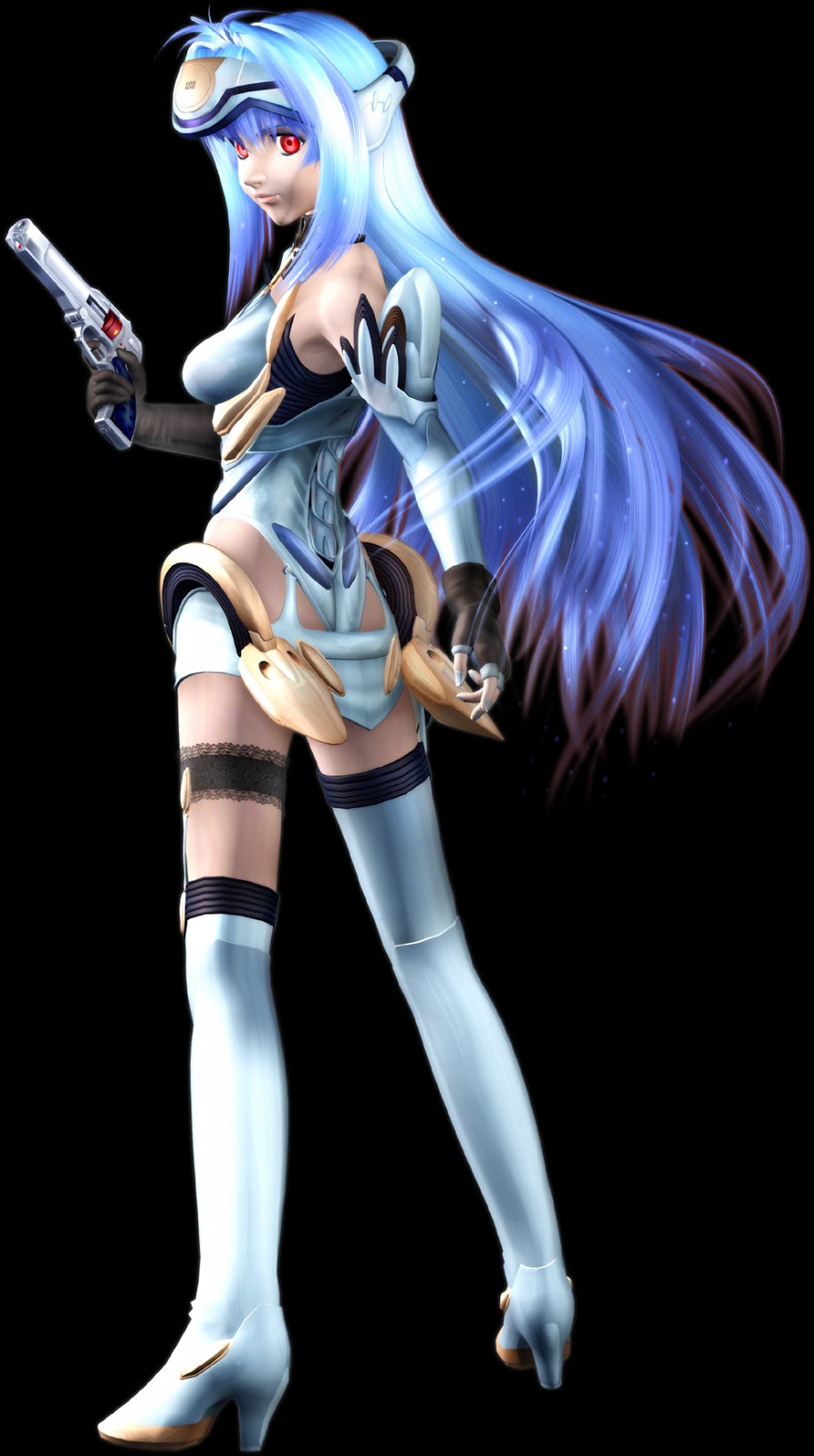 Both Elly and KOS-MOS are continually resurrected characters and the antitype to Fei/chaos.  Both also prove integral to the salvation of humanity.  Shion and Elly also resemble one another to a degree, and all three characters have ties to their respective universe-spanning threats. 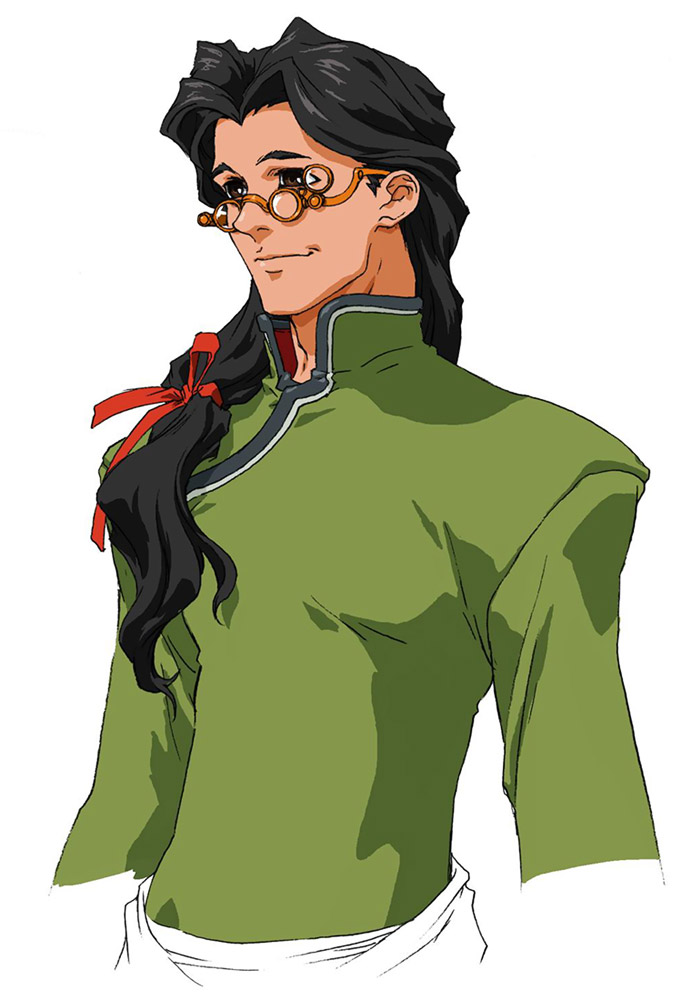 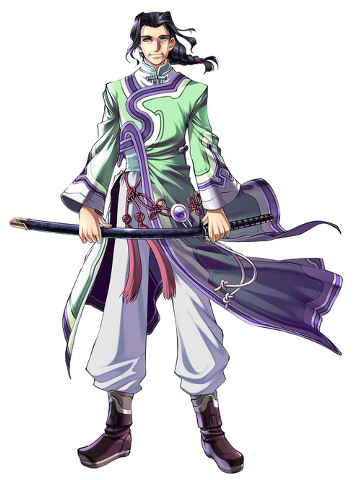 Citan shares his surname with the Uzuki family, who are the central figures in Xenosaga's story.  The most striking resemblance comes from Jin; both he and Citan resemble one another and wield swords, as well as pilot sword-wielding mecha. 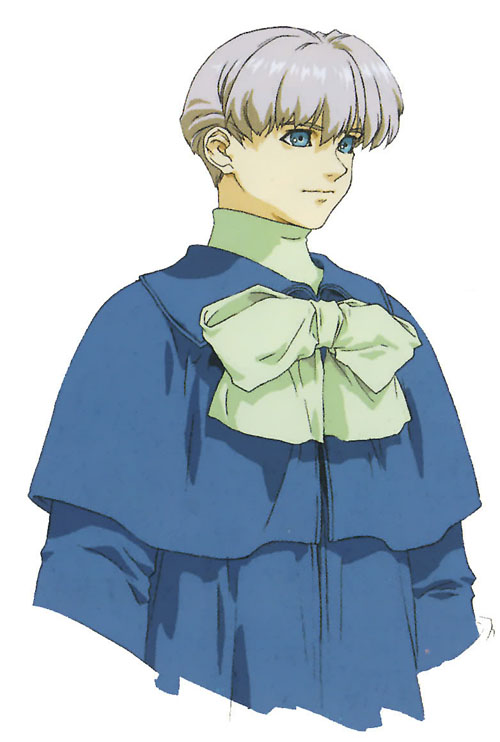 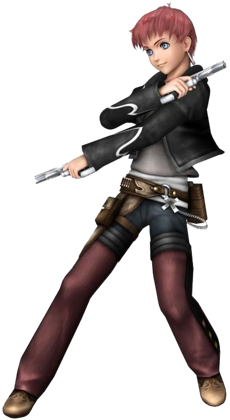 Both wield guns, utilize some similar moves and feature prominently in the game's religious themes (though in much different ways).  They also bear a slight resemblance to one another.

Both characters are artificial life forms whose relationship to their "parents" are explored throughout the story.  Both also factor into the villains' plans. 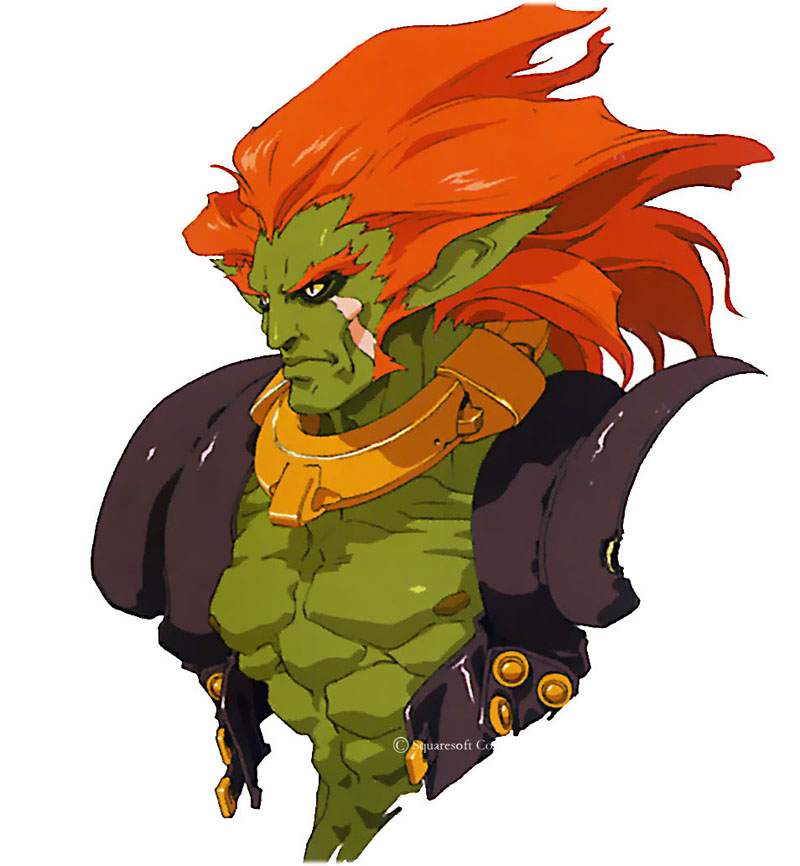 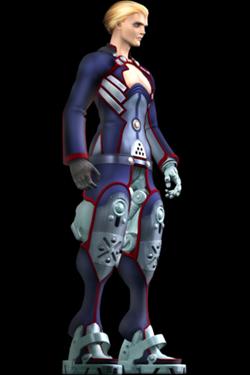 Both have ties to a villainous character in the story and take on a less-than-human form.  Both are also hard-hitting characters. 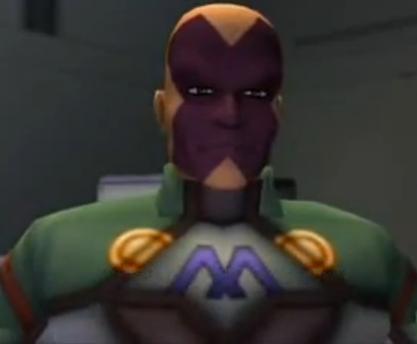 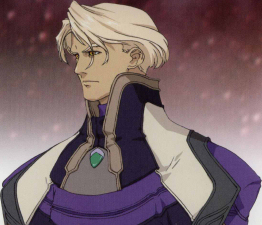 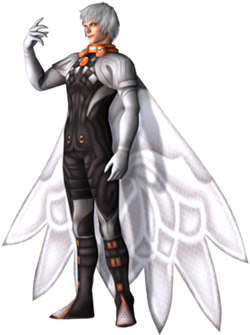 Both are genetically engineered super-humans who become consumed by madness and both are obsessed with one of the main characters, though for much different reasons.  They also bear a resemblance to one another. 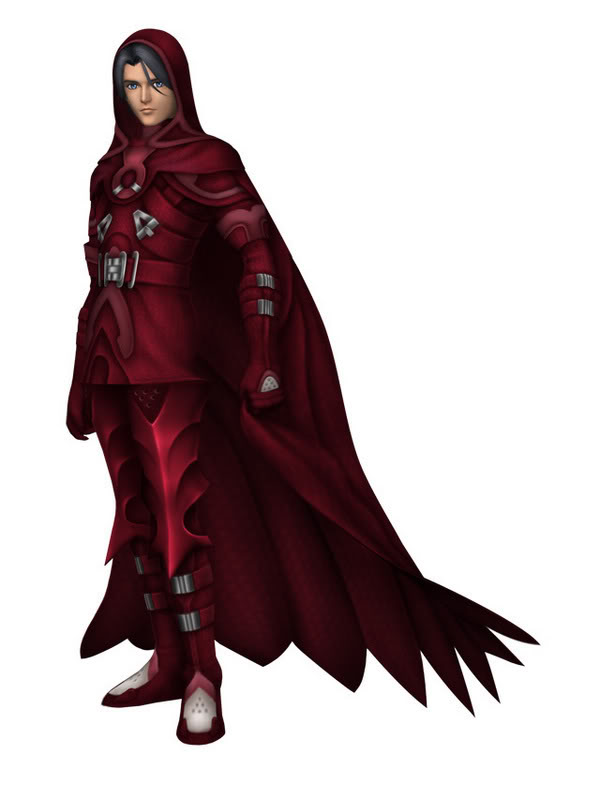 Both are seekers of power jilted by a past tragedy, looking to destroy the reality they know and recreate it in their own image.  Both have ties to the main character of the series and have been killed and resurrected on at least one occasion. 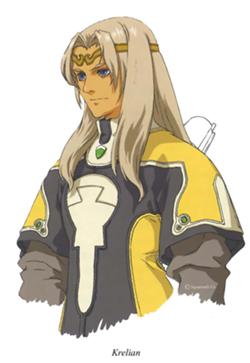 Both are long-lived villains attempting to lead humanity to "salvation" in their own twisted ways and both serve as the main antagonists of their respective stories.  Both also have a small collection of loyal underlings whom they utilize for their ends. 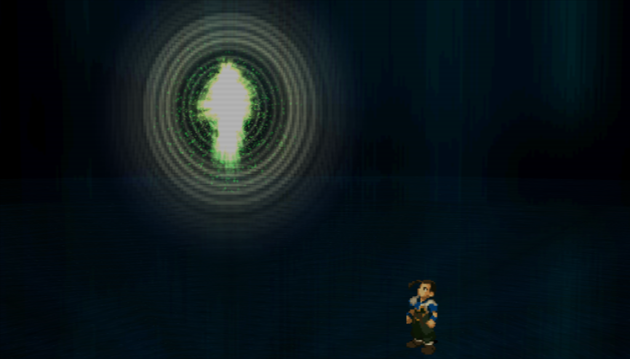 Both are non-corporeal entities trapped within the Zohar and a central focus of the plot. 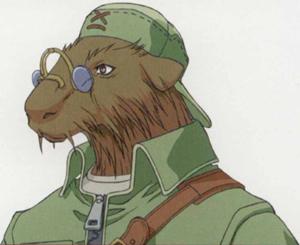 Both have the same name, but that's about it... 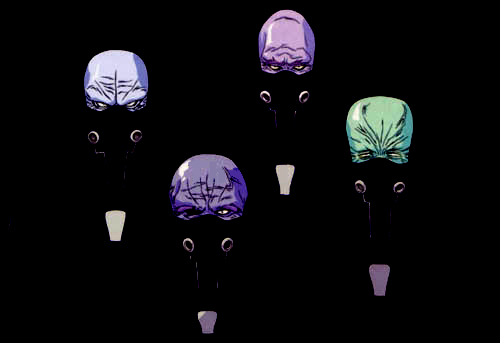 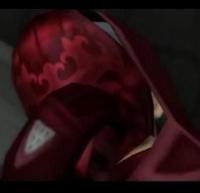 Both are resurrected beings who serve as underlings to the main antagonist.  Both are also quite evil and manipulative. 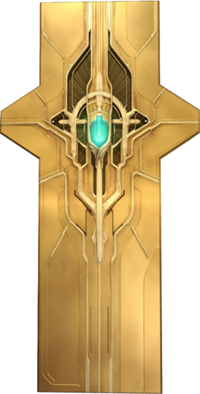 A monolith-like object that is bound to the wave existence and factors heavily into the villains' plans.  Both also serve as a power source for the ultimate villains in their respective games. 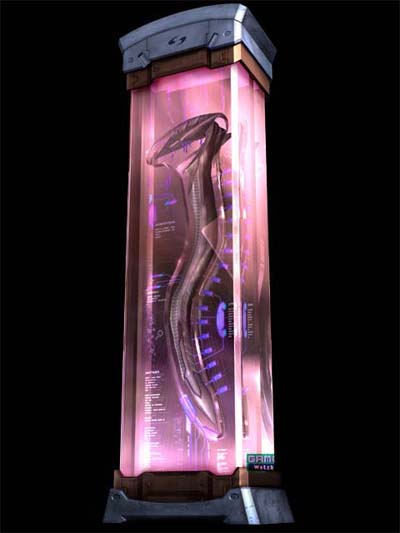 In both games they serve as the means by which a mecha (either a Gear or an ES) can be greatly increased in power by linking them directly to the Zohar.  They also bear the names of the children of Jacob in the Bible. 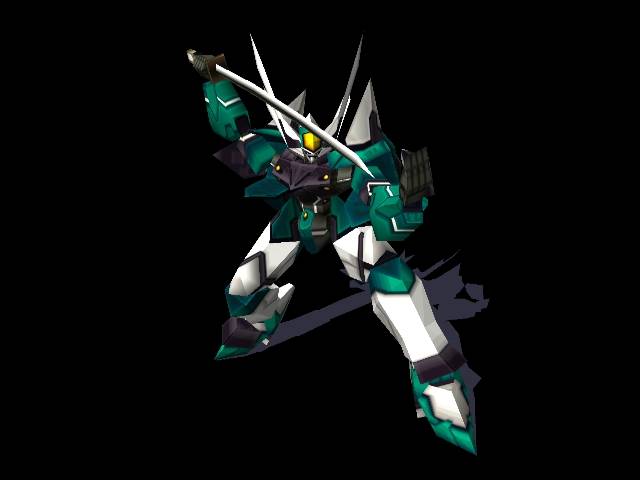 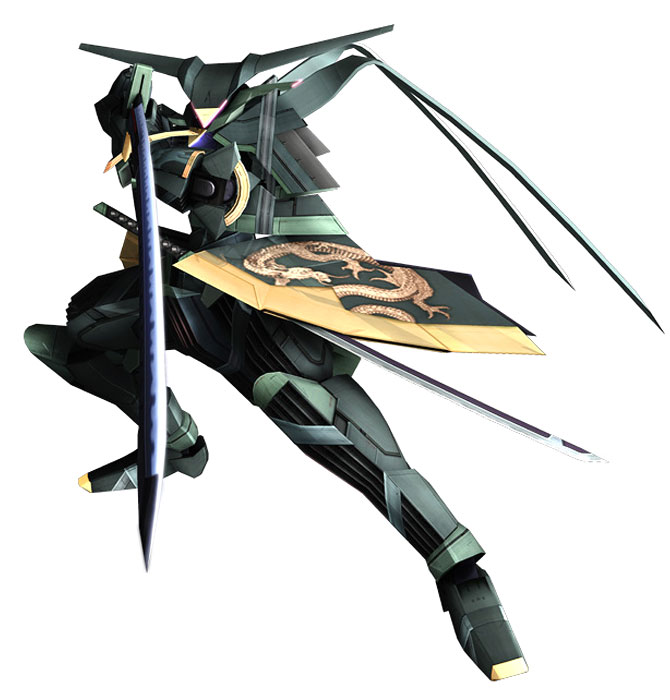 Mecha of extraordinary power that mentally link with their pilots and are powered by Anima relics.

The vessel around which the plot is based, home of a sort of super-weapon, the staging ground for humanity's ultimate fate and also the site of the final battle.  Both have a similar appearance. 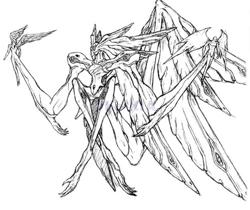 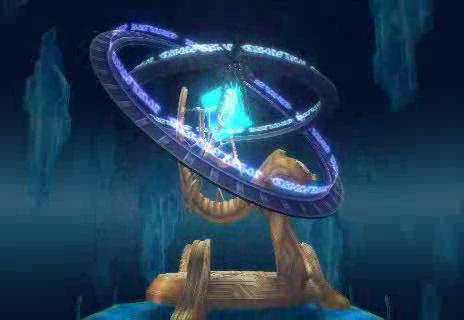 Both are super-weapons born of humanity's hubris and the means by which the villains seek to attain godhood.