We follow Stein to an abandoned Solarian mine, where a mysterious ancient relic awaits.  Then it's time for some of the toughest fights yet...

(Also, a small mistake corrected: The shop in Nisan continues selling Holy Pendants after this dungeon.  Once you proceed up Babel Tower, they stop). 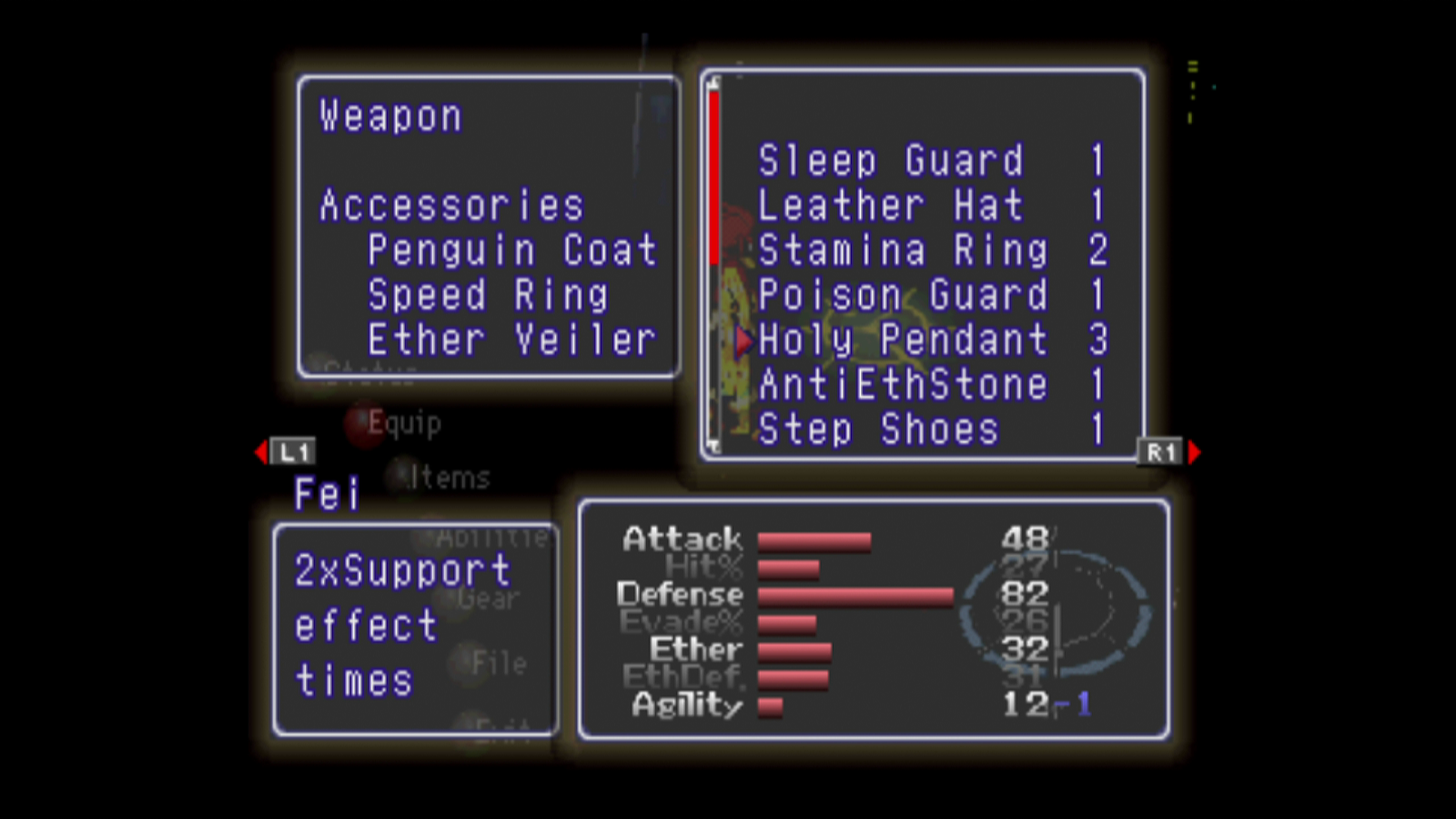 I did some grinding off-camera to get everyone's Gears fully equipped.  The best place for this is fighting mecha in the small desert along the Kislev-Aveh border - not only do they give 1000 gold a battle, but they also have a chance of dropping Magnetic Coats, which sell for 2000 each.  I also bought two more Holy Pendants at Nisan since they allow for some rather hilarious game-breaking later on...

(One could potentially be even twinkier by buying a second or even a third Ether Doubler to make Elly's ether powers even more OP, but I'm not going to do that - I do want there to be some challenge in this game, after all).