A couple of logs I missed in the Military Base that fill in some backstory (most notably that of Richard Grey/The Master).  You can download these from the computer in front of the Vats on the fourth floor. 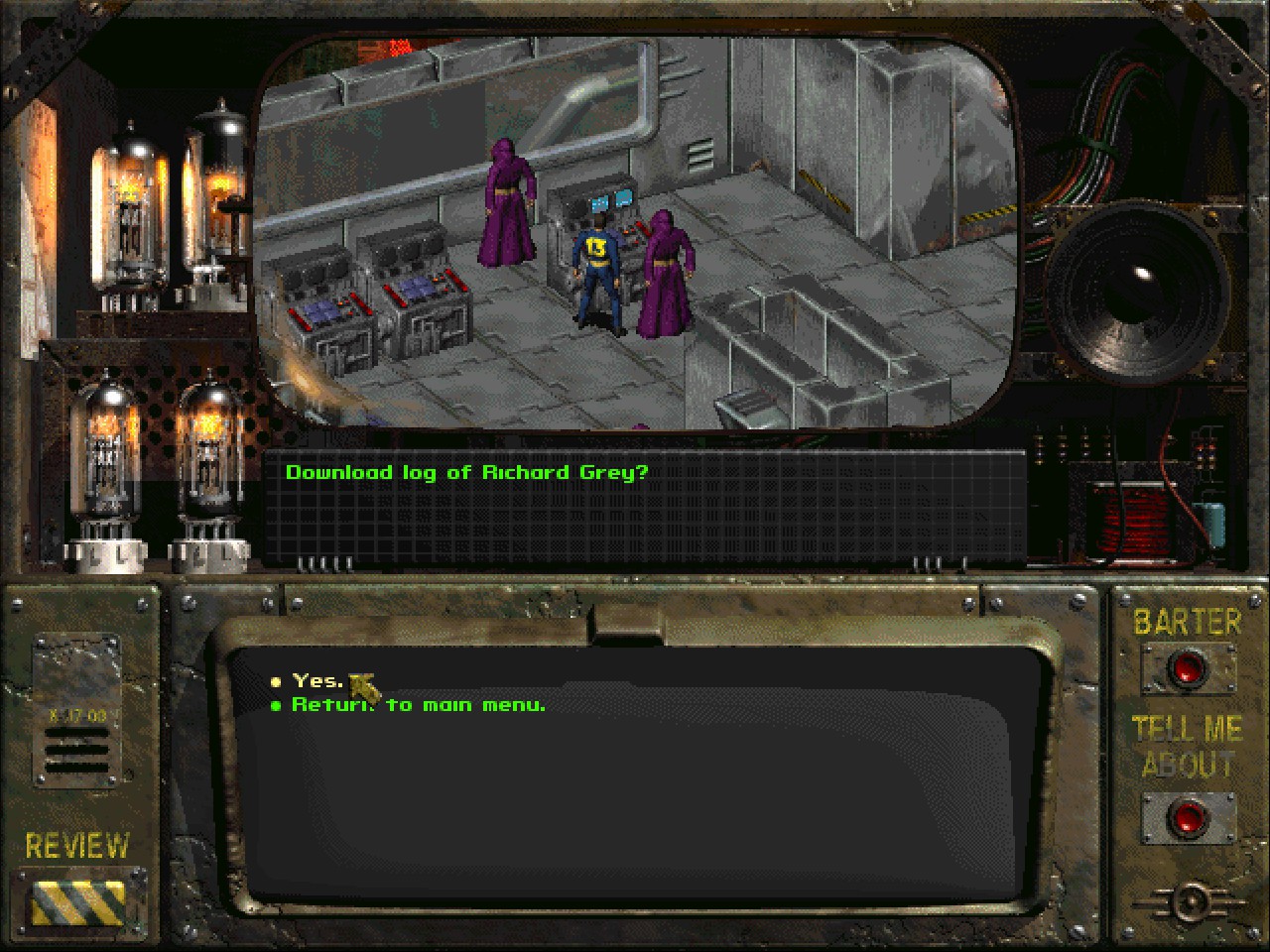 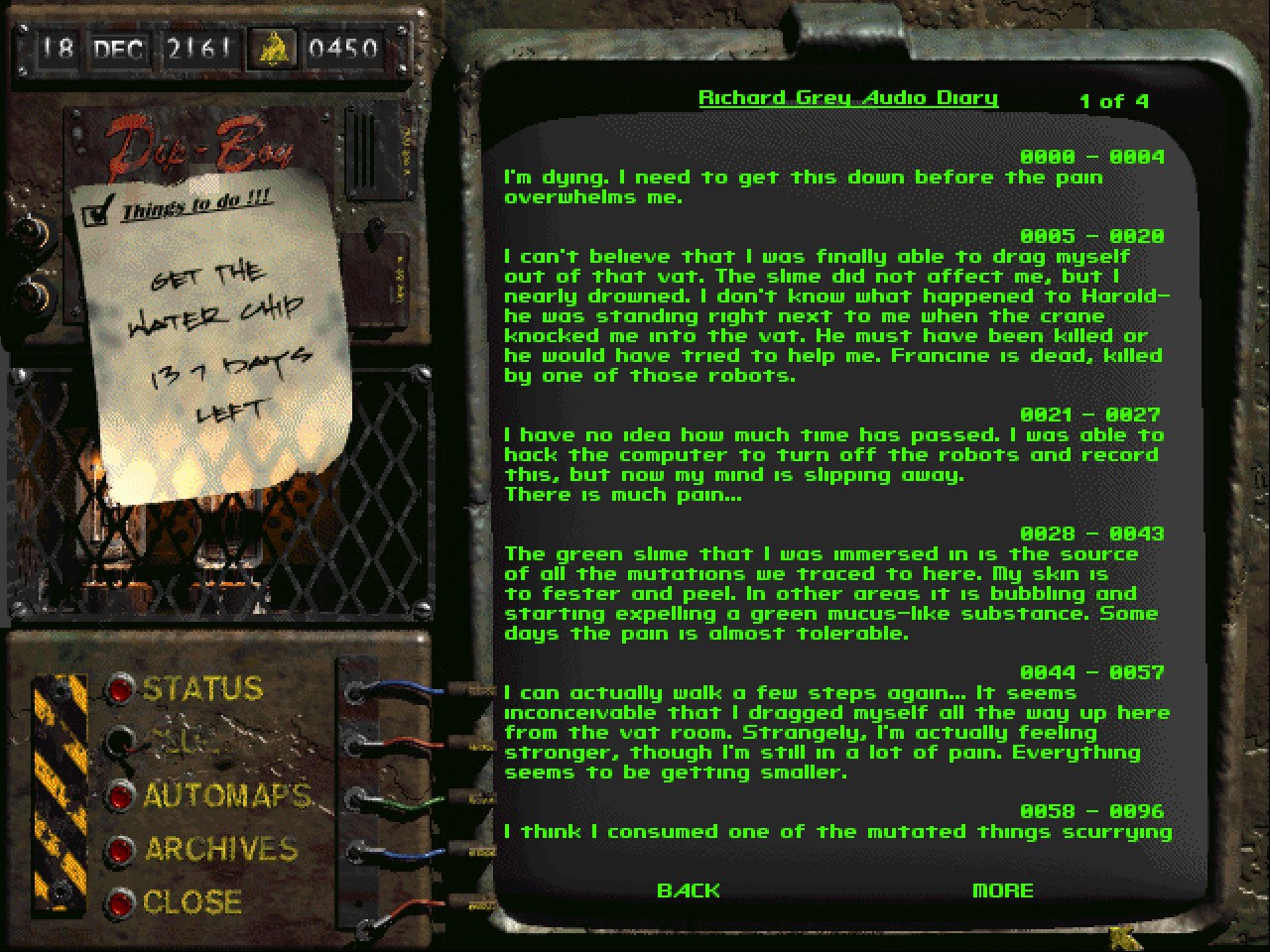 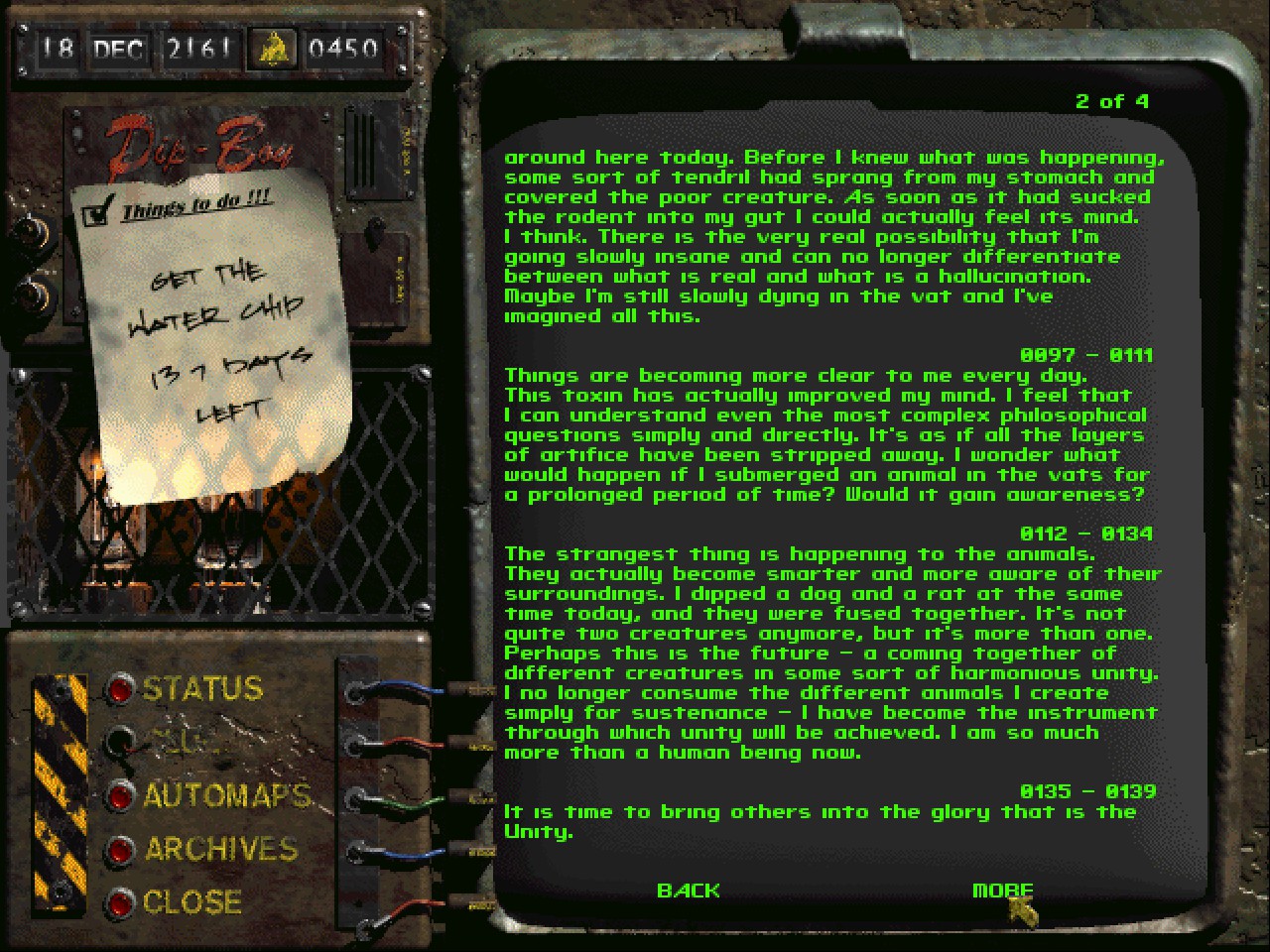 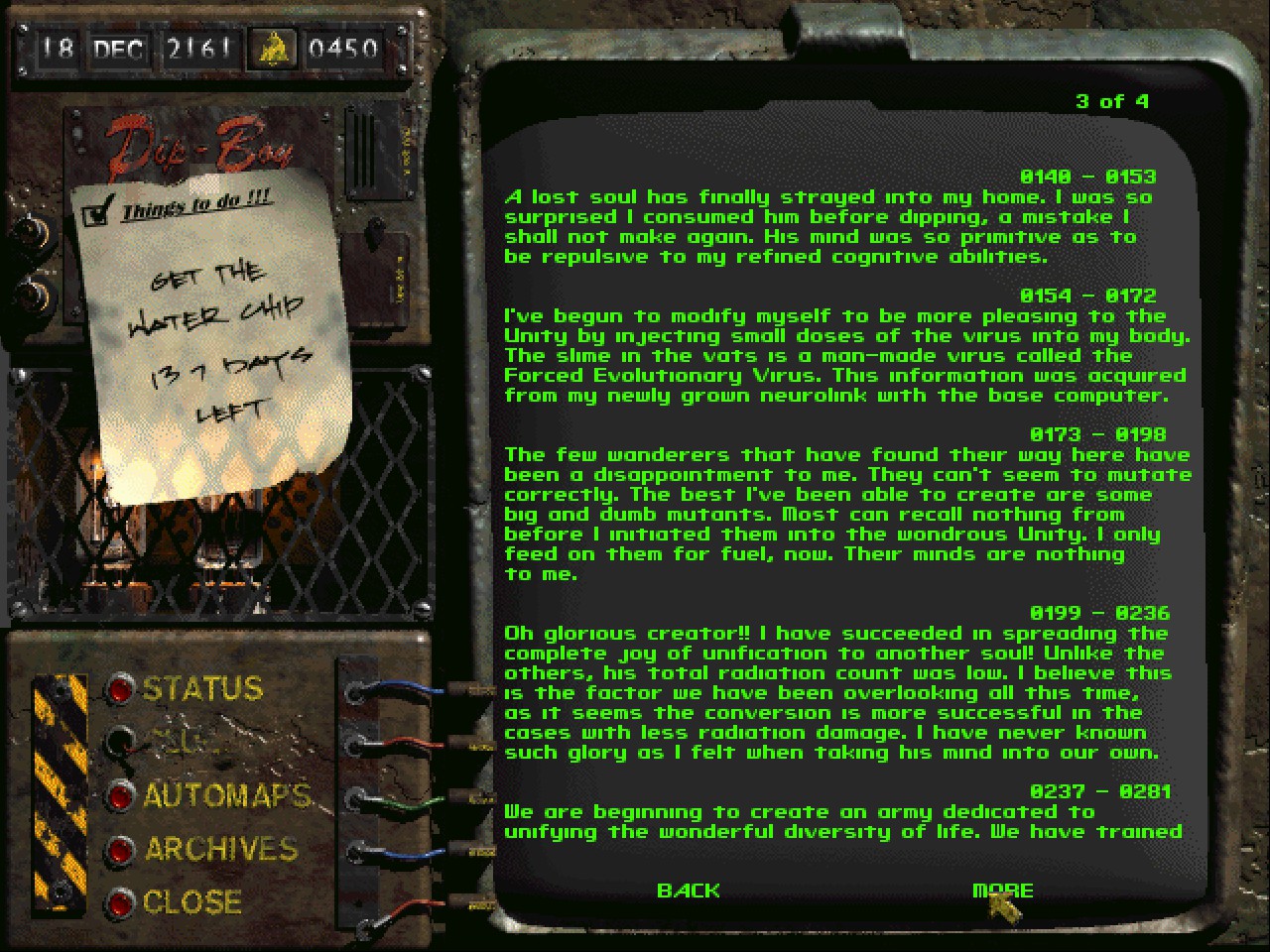 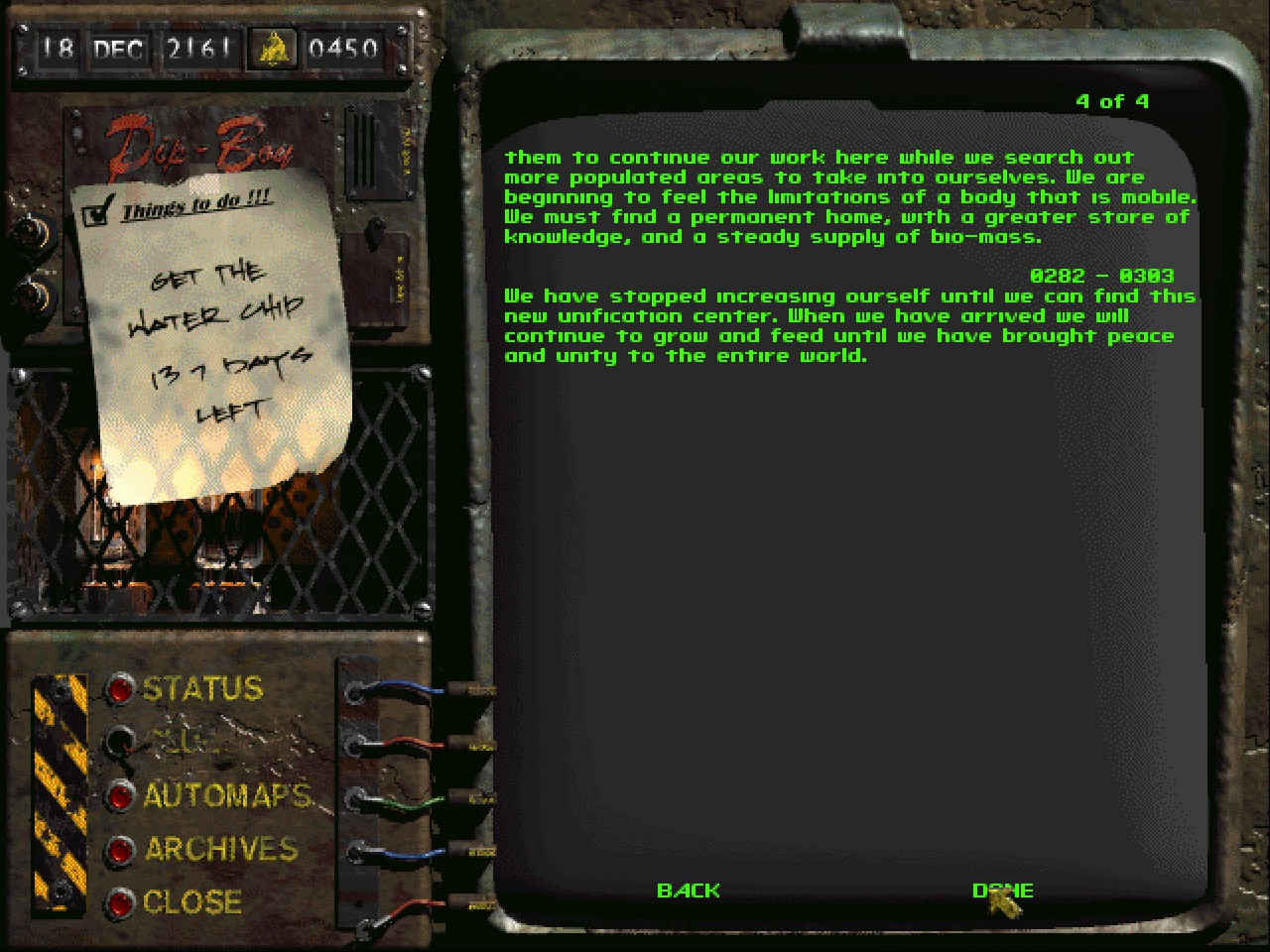 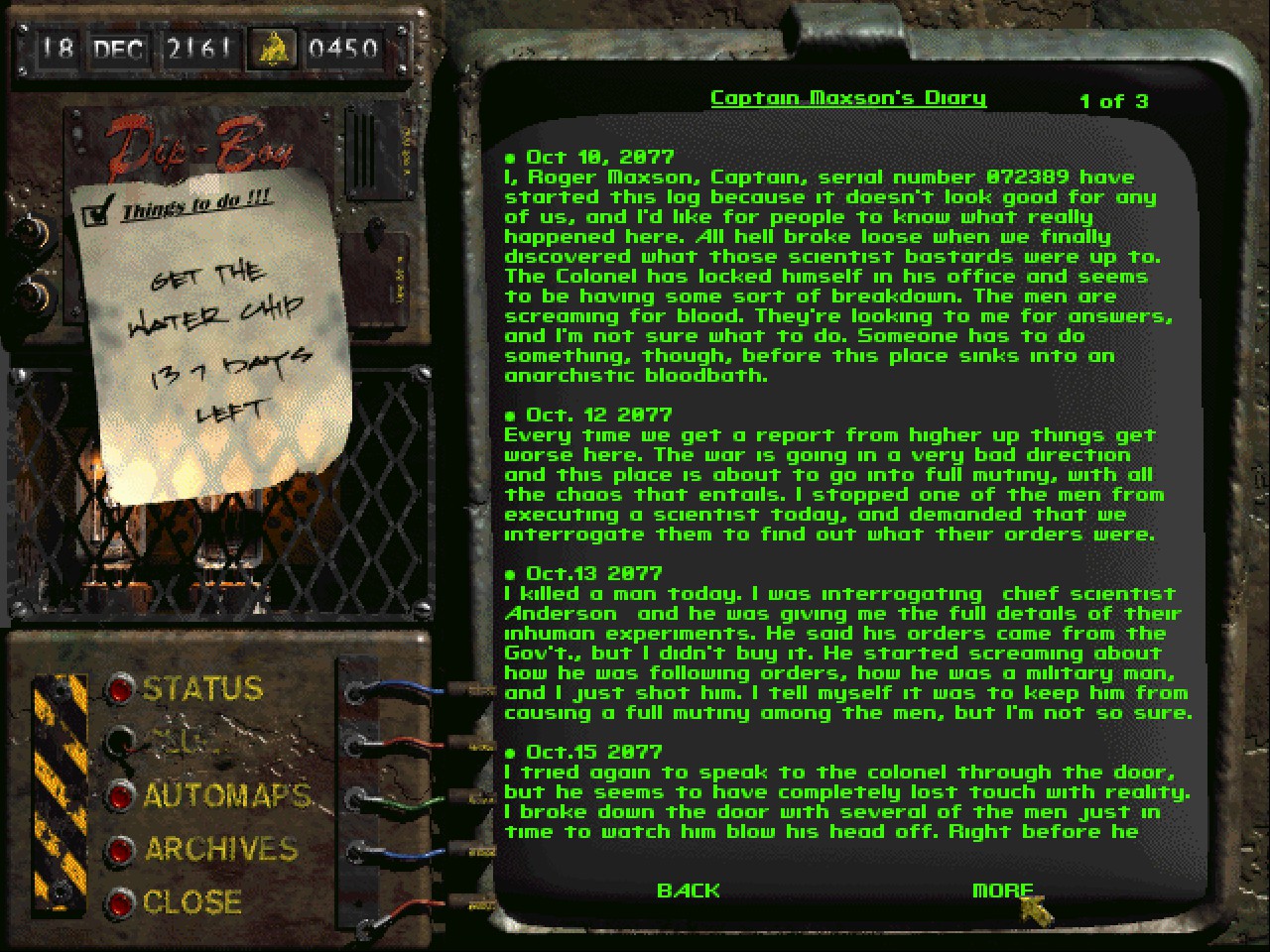 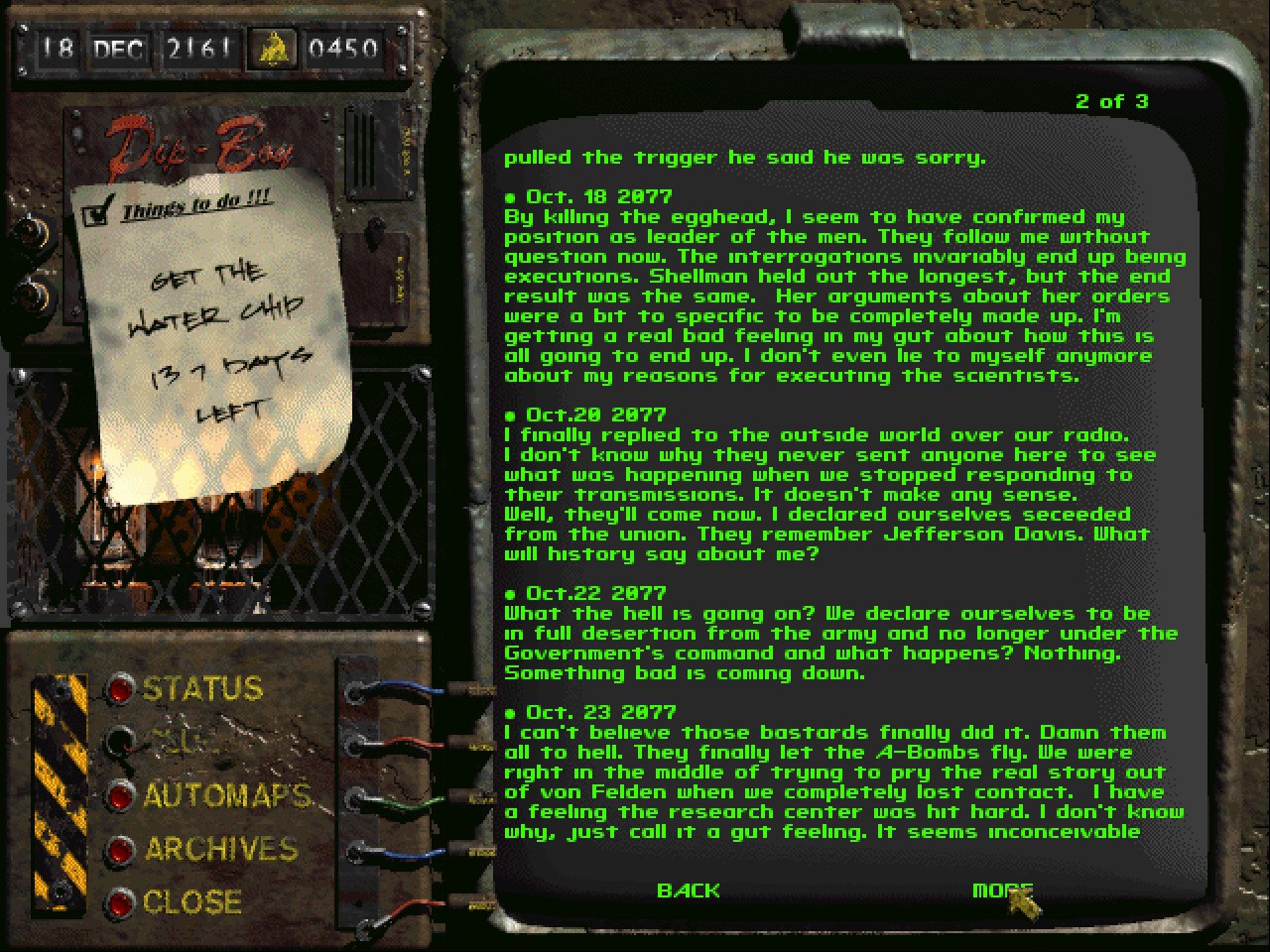 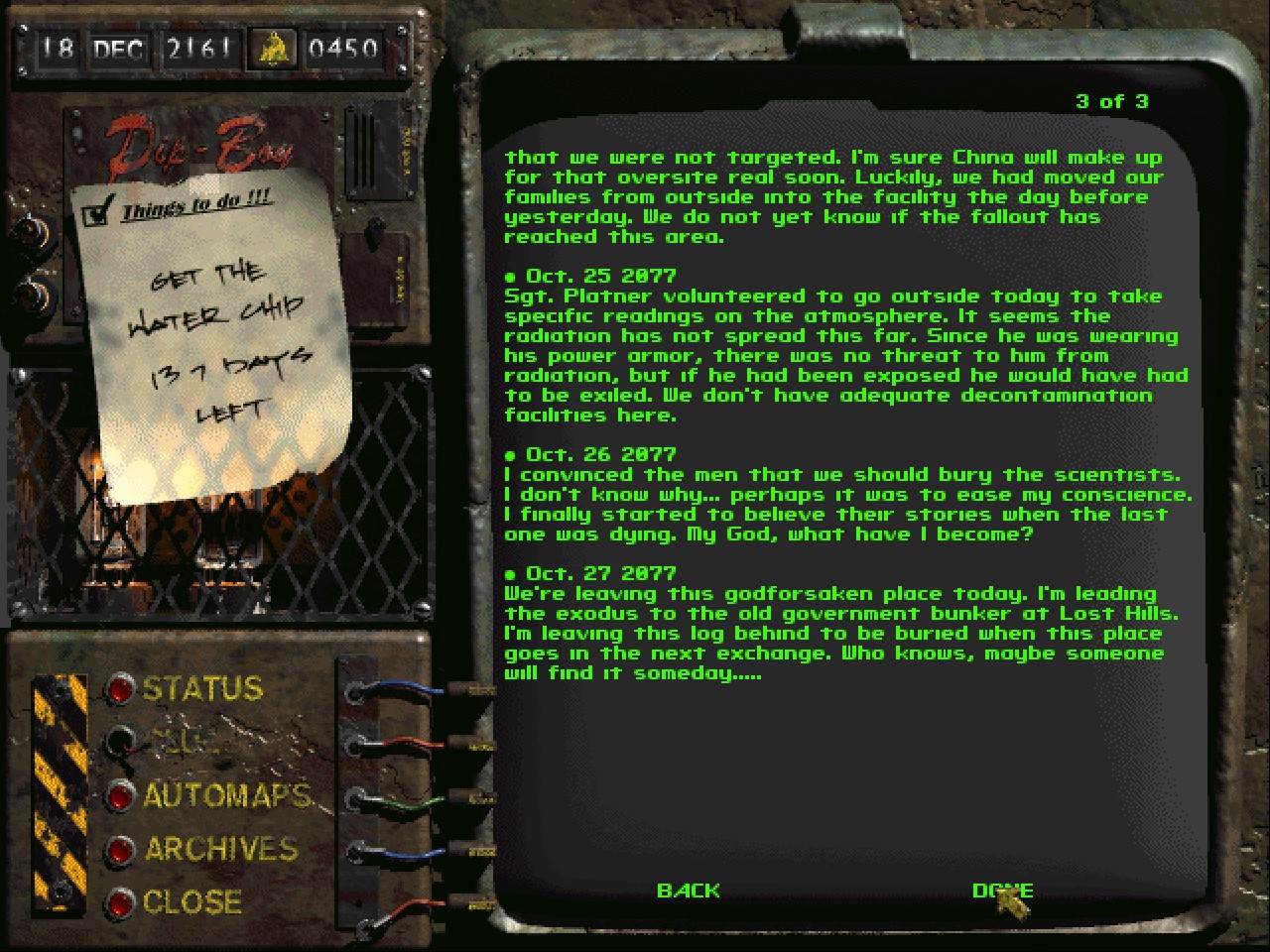 Two talking head characters I neglected, both associated with the Followers of the Apocalypse: Nicole and Laura.  Nicole is the other girl just north of Katja, Laura's acting as a spy in the Cathedral.  If you agree to help Nicole, she'll have three of her followers assist you in combat in the Cathedral (unlike the Brotherhood allies, they will actually follow you into the depths of the base.  However, they're armed with spears, sledgehammers and throwing knives, so they're not too helpful...).  They both provide a little more backstory on their respective areas, but you don't gain any experience for helping them.

A more grisly fate for the Overseer at the end of the game.  This is what you get if you have the Bloody Mess trait, an exceptionally high negative Karma value, or you just trigger combat and then fire a targeted shot at him before the scene ends...

A speedrun of the game shown at Awesome Games Done Quick 2013, played by Lee.  Note that you don't need to collect the Water Chip to complete the game, or indeed visit any towns at all...

Other stuff to try:


Some endings do not show up in the game due to incomplete coding or cut content.