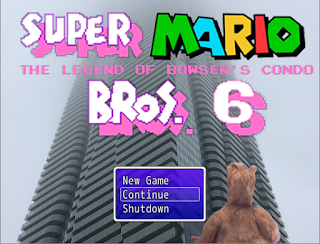 A silly RPG Maker VX Ace project laden with memes and silliness from Zero X. Diamond's streams.  I tried to make it a relatively decent RPG, too, so even if you're not in on most of the jokes, you should still have a fun time with it.  Runs about 5-6 hours for a full playthrough.