A word of warning before we begin: My research on this series shows that it may still be under copyright.  While Malibu Comics is no longer in business, most of their assets were bought out by Marvel Comics in 1994, and of course the whole of Marvel was bought out by Disney in 2009.  Granted, it's a crappy comic series that's long out of print and nobody really cares about anymore (save for the occasional reviewer digging it up to give it a shellacking), but don't be too surprised if this riffing suddenly vanishes from the site.

Oh, and if you are a representative of whoever owns the rights to this comic, please contact me before you file a copyright claim with Blogger and I will happily take it down to preserve the rest of my content!


The year was 1993.  Superman was dead, the Super Nintendo and the Sega Genesis were the hottest things on the market, and two mighty powers were locked in a vicious battle for the throne of competitive action video gaming. 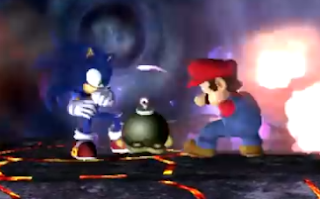 I'm of course referring to Capcom's Street Fighter II and Midway's Mortal Kombat franchise.  Street Fighter II defined the standards for the entire genre with its fluid visuals, deep yet intuitive gameplay and a cast of fighters that, while emblematic of their fighting styles, also stood on their own as distinct and memorable characters that would continue to endure for decades to come.  Midway's Mortal Kombat, on the other hand, was more about the flair, featuring more fantastic settings and superpowers, over-the-top characters and attacks, tons of hidden secrets and game modes and of course plenty of graphic violence, with characters losing blood throughout the battle and matches usually ending with a gruesome finisher. 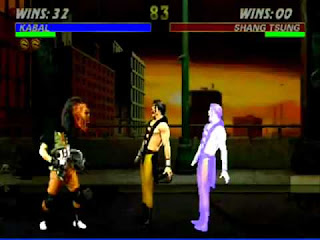 Some sillier than others

Naturally, with both franchises as popular as they were, it was inevitable that they would soon branch out into other media.  But before they had their own feature films, cartoon series, trading card games and spinoffs into other game genres, there were comic books by semi-popular company Malibu.  While Malibu's Mortal Kombat series was pretty well-received, the same could not be said of their Street Fighter comic, which was such a disaster that Capcom themselves pulled the license after only three issues were released.  So why was this comic universally panned, especially given the overall quality of licensed products based on the Street Fighter IP?  Well, let's dive in and find out.