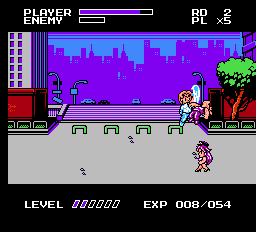 The first spinoff of Capcom's successful beat-em-up franchise, Mighty Final Fight brings the series to the NES with a super-deformed graphical style and a cartoonish sense of humor, complete with silly dialog and exaggerated expressions whenever characters take hits. It also seems to take a cue from the original Double Dragon game on NES, implementing an experience-based leveling system that grants players more life, increases their damage output and even unlocks new moves as they gain levels. Hell, it even has all three playable characters intact - something that couldn't be said for the original SNES port of the first game. All in all a solid NES beat-em-up with good graphics, tight controls and plenty of challenge. The only downside is that it lacks a two player mode... 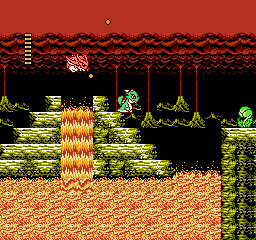 Another of the notorious "Taito Four", but easily my favorite of the bunch. Little Samson has you playing as the titular Samson, a mountain-climbing kid who throws bells (just... go with it) and his three companions as they attempt to free the land from an evil prince. Your companions lend the game quite a bit of variety, as each one has different abilities to utilize - Samson can climb walls and even up onto ceilings, Kikira the Dragon can fly for short distances and charge her fire breath into a deadly torrent, Gamm the Golem moves slowly but hits hard and can cross spikes without being harmed, and KO the mouse has the lowest health, but can fit into narrow openings, climb walls and ceilings and drop deadly bombs that, when well placed, can even eliminate bosses in short order. Also notable are the game's visuals, which sport an amazing amount of detail for an NES game, looking almost photorealistic in places save for the limited palette. 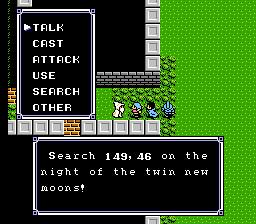 Ultima IV: Quest of the Avatar is one of the most highly-regarded computer RPGs of all time for its unique premise - embodying the eight virtues rather than vanquishing some great evil - and excellent execution.  You had to actually walk the walk, facing opponents honorably in battle, not stealing or being dishonest, and even embody humility by taking insults in stride.  Two console ports emerged - a very faithful Sega Master system version and a more "JRPG-ized" NES version, which has become something of a cult classic in its own right.  While the overall gameplay and premise remain similar, it now features colorful sprites and animation on par with games like Dragon Quest and Final Fantasy, a strong soundtrack and a more console-friendly UI, making it easier to pick up and play.  I probably wouldn't consider it my favorite version, but it is certainly worth checking out if you're a fan of Ultima or just classic RPGs in general. 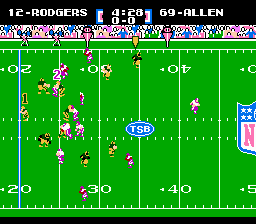 Sports games tend to be quickly forgotten due to having "bigger and better" versions released on a regular basis, but Tecmo Super Bowl is definitely an exception, retaining a sizable cult following that has persisted to this day.  It certainly isn't hard to see why, as the game strikes an excellent balance between the strategy of sports games and the fluid action and dynamic visuals of a good arcade title, making for an experience that plays just as well as it looks.  The AI rubber-bands like crazy in the season campaign, which can be very frustrating, but as couch competition games go it's an unbeatable classic.  It says a lot that nearly thirty years after its original release it still sees mods that update the roster, add custom teams and players, and it even has national tournaments that have been covered on ESPN.  And yes, because of this game, I will always be of the belief that Bo Jackson is a superhuman android.

By far the most well known and beloved of the NES Double Dragon games, and for very good reason.  Not only did it restore the two player cooperative play that the original sorely lacked, but it was also just a damn good beat-em-up.  Enemies were much more varied and challenging than the original game, and there were even some tricky platforming sections mixed in to keep you on your toes - my favorite being the big steamroller contraption you had to climb up while avoiding bursts of steam and trying not to get run over (pictured).  Hell, I dare say the game even surpasses its arcade counterpart by adding in more stages and having a running plot throughout, even if it does get a bit goofy near the end (with Marion being resurrected through a literal deus ex machina).

After Castlevania II mixed up the format and controversy ensued, Konami went back to basics a bit with the third game, taking the the player through a straightforward action game with challenging platforming, tons of tricky enemies and atmosphere to spare.  Its large sprites and fluid animation impressed at a glance, but a killer soundtrack (moreso on the original Famicom release, which utilized an extra audio chip to enhance the sound quality) and numerous new gameplay features kept people's attention.  In addition to Trevor Belmont, the player could recruit Grant Danasty (who could climb on walls and ceilings), Sypha (who could cast powerful spells) or Alucard (Dracula's son who could throw fireballs and transform into a bat to skip over tough parts).  That, plus multiple paths through the game, lent it a lot of replay value.  The only drawback was its extreme difficulty, and given that Castlevania 1 was already a very tough game, making this one even harder was no small feat! 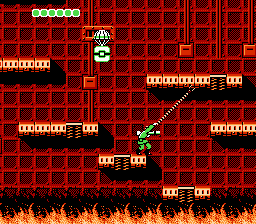 The second in the Bionic Commando franchise (following the arcade title of the same name), this game sounds like the worst idea ever on paper: A platformer where the hero can't jump. However, once you actually play it, you'll find a game of considerable worth. Sure, you can't jump at the press of a button like in many NES games, but in exchange you get a cool extending grappling hook arm that enables you to grapple onto almost any ceiling, climb onto higher ledges, swing over spikes and obstacles, and even stun and knock back enemies. You'll often have to utilize this to circumvent large pits or spike traps, with well timed grab-and-swings being key to making it across. Some sections will even have enemies attacking as you do this, so every move you make has to be carefully planned and perfectly timed. Boss battles are no exception either, requiring you to quickly maneuver rooms and get shots in on the bosses' weak points with very small timing windows. A very tricky game for beginners, but also extremely fun and rewarding once you're accustomed to its mechanics. 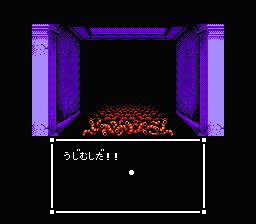 Considered something of a predecessor to Capcom's long-running Resident Evil franchise, Sweet Home is a horror-themed RPG with some elements of an adventure game - you'll battle monsters in a Dragon Quest style first person narrative while exploring the mansion, uncovering clues and clearing obstacles from an overhead perspective.  It also succeeds in presenting an unsettling atmosphere, complete with a consistently eerie soundtrack and even some gruesome and creepy imagery for an NES game (pictured: the player being attacked by a hallway full of carnivorous worms).  There's even a surprising amount of gore for an 8-bit title, with gruesome decayed enemies and even graphic death scenes for the playable characters should they fall into a trap or be slain by enemies.  A game mostly unknown to the western world, but it shouldn't be because it's great. 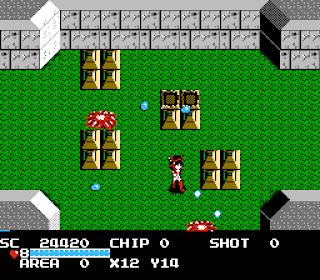 An odd combination of gameplay styles that turned out to make for a pretty damn good game.  Guardian Legend is more or less a combination of an overhead adventure game and a shoot-em-up with some light RPG elements on top. Roughly half of the game is spent exploring "the Labyrinth" in order to collect weapons and character upgrades, but also to unlock the numerous corridors. Entering the corridors changes the game to an overhead shooting perspective where you put your collected weapons and upgrades to good use fighting swarms of enemies, as well as the game's very challenging bosses. As per Compile standards, these sections are fast paced and intense, and the sheer variety of weapons at your disposal ensures that there's plenty of ways to approach any given battle. 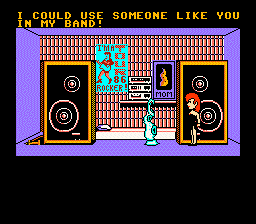 One of my all time favorite adventure games to this day, Maniac Mansion was certainly a unique experience. Starring three high school kids (Dave and two others chosesn by the player) as they attempt to save Dave's girlfriend from a mad scientist, it brought to the table a uniquely quirky sense of humor as well as some great visuals and some of the best music the NES platform ever produced. But more than that, it brought something to the table that few adventure games before or since have - replay value. For you see, the characters you choose for the adventure not only have a profound difference on the way you solve the game's various puzzles, but there are also eleven possible endings to the game depending on your character choices and actions. Sure, some of the more adult aspects of the game got censored from the PC ports (much to the chagrin of the developers), but this version is still my favorite of all.