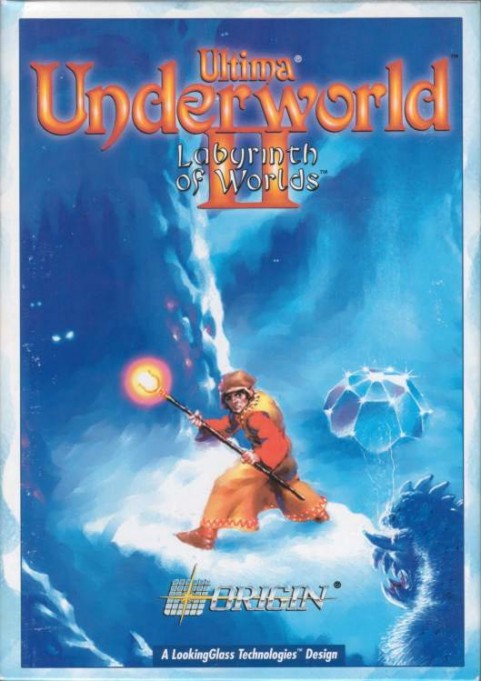 A sequel to the original Underworld in gameplay style and a direct followup to Ultima VII in story, Underworld II introduces numerous new spells and reworked gameplay, as well as a somewhat more involved plot (though the clumsy interface and engine remain the same).

Shortly after Ultima VII's conclusion, the Guardian casts a spell over Castle Britannia, encasing it in a dome of Blackrock.  In a search for a way out, the Avatar encounters a magical gem in the sewers beneath the castle that enables him to travel to other worlds.  Unfortunately, these other worlds are already under the Guardian's control, being either enslaved or outright destroyed under his reign...

In his travels the Avatar also locates a strange blackrock serpent, which proves to be integral to his following journey on Serpent Isle. 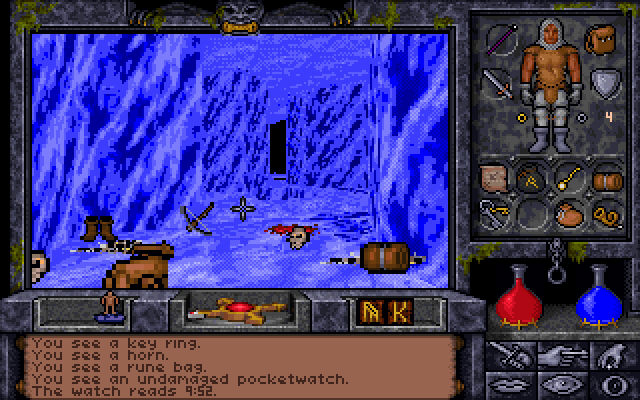